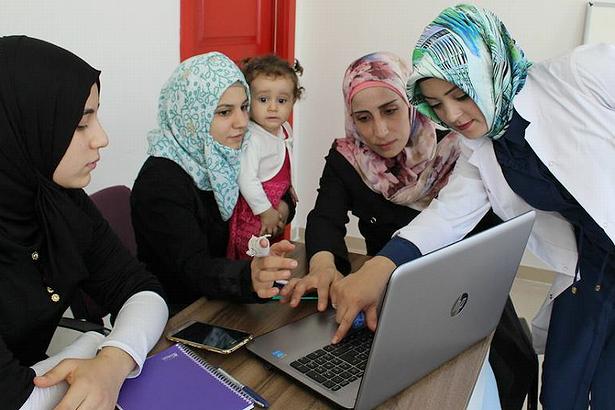 GENEVA, Switzerland, July 2, 2019 (Maximpact.com News) – “We urgently need more countries to come forward and resettle more refugees,” pleaded Filippo Grandi, the UN High Commissioner for Refugees, on Monday. With 84 percent of the world’s refugees now hosted by developing countries, he said, “There simply has to be a more equitable sharing of responsibility for global crises.”

At least 1.44 million refugees now living in over 60 refugee hosting countries are expected to need resettlement in 2020, under the latest estimates released Monday at the annual resettlement forum hosted by the UN Refugee Agency (UNHCR), the UK Government and the British Refugee Council.

“Given the record numbers of people needing safety from war, conflict and persecution and the lack of political solutions to these situations, we urgently need countries to come forward and resettle more refugees,” said UN High Commissioner for Refugees Filippo Grandi, opening the 25th Annual Tripartite Consultations on Resettlement (ATCR) in Geneva on Monday. 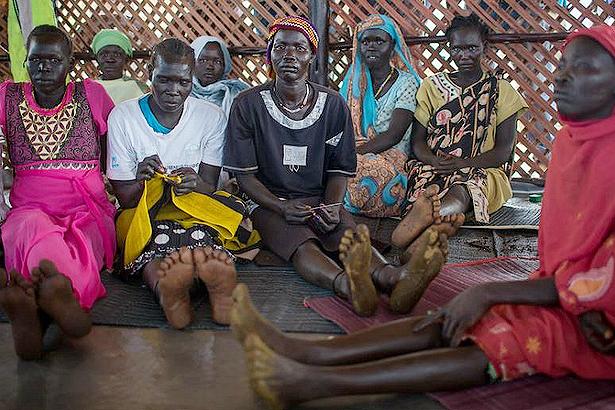 A group of refugees gathered to meet Members of the International Development Committee of the UK Parliament at a women and girls wellness center at the Tsore Refugee camp in Ethiopia, November 17, 2018. (Photo by Ayene © UNICEF Ethiopia) Creative Commons license via Flickr.

The Projected Global Resettlement Needs 2020 report , which was released at the ATCR, finds that the refugees most at risk and in need of resettlement include Syrian refugees (40 percent), followed by South Sudanese refugees (14 percent) and refugees from the Democratic Republic of the Congo (DRC) (11 percent).

Resettlement involves the relocation of refugees from a country of asylum to a country that has agreed to admit them and grant them permanent settlement.

Globally, the report projects resettlement needs in 2020 will rise by one percent compared with this year, driven by increased displacement in Africa and the Americas, which account for six and 22 percent respectively.

Maurice Wren, chief executive at the British Refugee Council, said, “By bringing together such a wealth of knowledge from around the world, we can all learn from each other about the best ways to support the resettlement and integration of refugees so that they can rebuild their lives in safety.”

“We are particularly pleased that this year’s ATCR has more refugees participating in the planning and delivery of the event than ever before,” said Wren. “It is paramount that refugees themselves are kept front and center of decision-making. It is by supporting refugees to make their vital contribution that we will reach our ATCR goals, for the benefit of refugees, states and communities alike.”

The numbers of refugees in need of resettlement next year are staggering. By region of asylum, East Africa and the Horn of Africa account for the highest resettlement needs (almost 450,000 people), followed by Turkey (420,000), which is host to 3.7 million refugees, the wider Middle East and North Africa region (250,000) and the Central Africa and the Great Lakes region (almost 165,000).

“With the overwhelming majority, 84 percent, of the world’s refugees hosted in developing regions facing their own development and economic challenges and whose own populations may live below the poverty line, there simply has to be a more equitable sharing of responsibility for global crises,” Grandi explained.

“History has shown that with a strong sense of purpose, States can come together to collectively respond to refugee crises, and help millions to reach safety, find homes and build futures in new communities,” said Grandi.

But owing to the broad gap between the number of refugees in need of resettlement and the places made available by governments around the world, this life-saving tool is available to just a fraction of the world’s refugees.

Last year, 25 countries admitted 92,400 refugees for resettlement. Of those, 55,680 were resettled through UNHCR-facilitated programs.

British Immigration Minister Caroline Nokes said, “I am proud of the world-leading work we have done on resettlement. Since 2016, we have resettled more refugees from outside Europe than any other EU state and we recently committed to resettling thousands more refugees from 2020.”

Since the expansion of resettlement in 2015 almost 16,000 people have been resettled in the UK under the vulnerable persons resettlement scheme in addition to the thousands resettled through other routes.

As a way forward, the UNHCR presented a three-year strategy on resettlement Monday at the ATCR conference. The Three-year Strategy (2019-2021) on Resettlement and Complementary Pathways, called for in the Global Compact on Refugees, was developed in collaboration with states, civil society, the private sector, academia, refugees and other UN agencies.

The Strategy aims to expand third country solutions so that by the end of 2028, three million refugees benefit from effective protection and solutions. The UNHCR estimates that one million refugees could be assisted through resettlement in 50 resettlement countries, and an additional two million could be helped through complementary pathways such as family, work and study routes.

In addition, the first-ever Global Refugee Forum, to be convened at the ministerial level on December 17 and 18 in Geneva, will be a critical opportunity to galvanize support for refugees through commitments and pledges from governments and other stakeholders.

The Global Refugee Forum will focus on arrangements for burden-sharing and responsibility-sharing, education, jobs and livelihoods, energy and infrastructure, solutions, and protection capacity.

Contributions at the Global Refugee Forum can be made in the form of financial, material, and technical assistance; resettlement places and complementary pathways for admission to third countries; or other actions that governments have elected to take at the national level.

The Global Refugee Forum also is expected to highlight key achievements and exchange innovative, action-oriented, and sustainable good practices with respect to specific country or regional situations, as well as on a global level to help transform the lives of refugees and their host communities.

“This would also be a strong demonstration of solidarity with those host countries bearing the largest burden of displacement,” said Pagliuchi-Lor.

To share responsibility and show solidarity with host countries supporting large refugee populations, increasing opportunities for refugees to move to third countries through resettlement and complementary pathways for admission is one of the key objectives of the newly adopted Global Compact on Refugees.

In 2020, UNHCR will continue to focus on three key priorities:

In addition, UNHCR will continue to advocate with Resettlement States for unallocated quotas that can be used in a flexible way for urgent and emergency cases across the globe.

Grandi expressed his hope that recognizing the urgent needs of refugees would inspire governments to open their hearts. “The Three-Year Strategy,” he said, “represents a unique opportunity to translate the aspirations of greater solidarity and responsibility-sharing into tangible results in the form of solutions for refugees.”

Featured Image: : A Syrian refugee boy in a Lebanese refugee camp in the moutainous town of Arsal near the Syrian border, March 27, 2019 (Photo by Fundacja PCPM) Creative Commons license via Flickr.