15 Cities Each Win a Million in Global Mayors Challenge 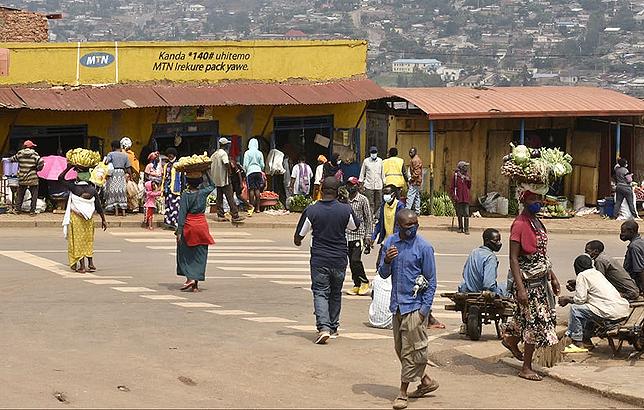 Life in the streets of Kigali, Rwanda’s Gikondo neighborhood, October 2021, (Photo by Flash Kigali) Posted for media use

By Sunny Lewis for Maximpact Sustainability

These 15 winners are being recognized for designing the boldest and most ambitious urban innovations to emerge from the global COVID-19 pandemic.

Each city will be awarded US$1 million in addition to technical support and coaching over three years.

The winning ideas address one or more of four current issue areas in the winning cities:

“As the world works to address the profound public health and economic effects of the ongoing pandemic, cities can implement innovative ideas at a pace that national governments simply can’t match,” says Michael Bloomberg, founder of Bloomberg Philanthropies and Bloomberg L.P. and 108th Mayor of New York City.

“Our 15 winners offer bold, achievable plans to improve health, reduce unemployment, empower women, and more. Collectively, they have the potential to improve millions of their residents’ lives – and the most successful solutions will inspire cities around the world to embrace them.”

The 15 winning cities are from 13 nations on six continents and collectively represent more than 30 million residents. They are:

After being unable to deliver food and healthcare to specific communities during the pandemic, Amman created “reachability maps” to identify gaps in key services, improve responses to future emergencies, and prioritize infrastructure investments in local communities.

Now the city is launching an interactive, open-data platform for residents to elevate concerns and inform the deployment of critical city services in near real time.

By translating resident-driven data into usable knowledge, the city aims to optimize service provision for a wide range of critical services, especially during times of crisis.

In Bogotaì, 30 percent of the city’s female population is now doing unpaid caregiving full-time. And, 14 percent of those caregivers can’t leave their homes because of the conditions of those they care for.

In response, the city is creating “care blocks” with a wide variety of supports designed to reduce women’s unpaid care work and spark a cultural shift that redistributes care more equitably across family units.

Butuan faces high rates of hunger and food insecurity, in part because of challenges around local food production.

In response, the city is launching “AgriBOOST,” an effort to fine-tune an ineffective agricultural market by giving farmers predictive data to make better decisions about the type and quantity of crops to plant, by fixing some commodity prices to reduce the risk on vegetables and high-demand foods, and by engaging consumers and business organizations for additional support.

To offset the annual loss of 500,000 trees, Freetown is providing monetary incentives for communities to replant trees in order to establish a tree-trading market that funds additional reforestation.

Using geospatial tagging for each new tree, the initiative creates tree tokens that can be bought, sold, and traded by businesses and individuals, with the aim of driving climate action at the community level.

In response, the city is creating “Biciclando,” a program that employs women for home-recyclable collections by e-cargo bike. An electric cargo bike, or e-cargo bike, combines the best of both two-wheeled worlds. It’s a larger, gear-hauling bike with a motor.

During the first year of the pandemic, 25 percent of Istanbul households applied for social aid. The city tripled its social-assistance budget but still could not meet the overwhelming demand.

In response, city officials created “Pay-it-forward,” an alternative social-support and solidarity program that anonymously matches people burdened by unpaid utility bills and other needs with those willing provide financial assistance.

This large-scale, city-led experiment in mutual aid also seeks to bridge the political divide and foster social solidarity among residents even beyond times of crisis.

Residents living in the informal settlements of Kigali, Rwanda’s capital and largest city, are burdened by the compounding challenges of unsanitary water, sanitation, and hygiene services, as well as high costs of maintaining these utilities.

In response, the city is introducing a comprehensive solution that utilizes Dutch innovations on stormwater capture and flood mitigation and introduces smart waste-sensor technologies in the new context of informal settlements.

The system reduces residents’ dependence on commercial water and keeps solid waste from polluting the water supply, cutting the municipality’s spending on costly infrastructure repairs after a flood.

To address the problem of poorly maintained public toilets and open defecation, Kumasi is training unemployed young people to build low-cost toilets for households without them.

The toilets use bio-digesters and other toilet technologies that are compatible with the city’s infrastructure, allowing the waste to be processed into organic manure for use on farms.

Each year, more than 1,700 opioid-related overdoses take place in Paterson, and residents experiencing opioid-use disorder face barriers to proper support. Treatment is available only at limited times of day. While medically assisted treatment, or MAT, is recommended, it’s offered less than a third of the time.

In response, the city is creating “RealFix,” a new program that will provide MAT onboarding and prescriptions to appropriate patients within 90 minutes, no matter the time or day.

Job postings have increased by 30 percent in Phoenix, yet the city is experiencing an increase in unemployment, with nearly 200,000 residents filing unemployment claims since the outset of the pandemic.

To bridge the divide between jobseekers and potential employers, the city is deploying “Career Mobility Units” that provide targeted support to job seekers where they live – trainings, interview opportunities, translation services, and connections to employers ready to hire them on the spot.

In Rochester, women who are Black, Indigenous, People of Color, BIPOC, make up 13 percent of the population, yet fill less than one percent of available construction jobs.

Despite a world-class port, unemployment in Rotterdam is double the Netherlands’ national average and rising. But public budgets, stressed by the pandemic, have limited funding for employment programs.

So, Rotterdam is creating “Rikx,” a new digital marketplace that connects local social entrepreneurs with investors so that they can deliver innovative projects, while helping the city’s most vulnerable residents find work.

Through Rikx, private-sector partners can purchase digital tokens that monetize social impact generated by entrepreneurs, similar to “offsets” in the carbon market.

The hilly city of Rourkela in Orissa state has a tropical climate and receives high rainfall during the monsoons. Rourkela’s produce entrepreneurs face a longstanding lack of storage facilities, limiting the shelf life of their foods. 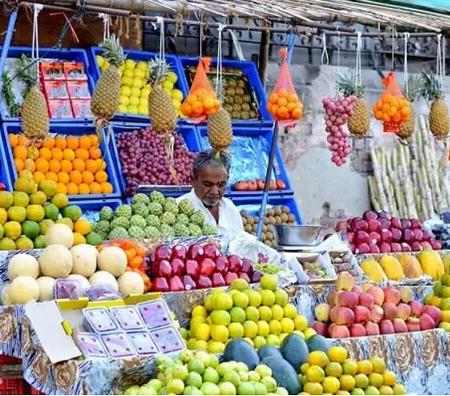 This fruit shop in Rourkela, India’s VIP Market will benefit from better access to cold storage even though its proprietor is a man. undated (Photo courtesy TravelTriangle) Posted for media use

By providing women entrepreneurs with access to cold-storage units, the city of Rourkela is reducing food waste and prolonging the window for produce to be sold.

This offers multiple benefits – women’s economic empowerment, food security, and mobility – in a single initiative. Since most, but not all, vendors are women, women’s federations across the city will manage the storage units.

Vilnius, Lithuania’s capital city, is reorganizing its education system to make it more resilient and relevant to the future economy by creating “Vilnius as an Open School.”

The “Open School” pushes the boundaries of when and how education should be delivered by addressing the lack of educators’ digital skills, overcrowded public schools, and outdated education systems.

New Zeland’s capital, Wellington is scaling its existing digital twin model to coordinate community action across the city to address climate change and move to a post-carbon future.

The model creates a virtual, interactive reflection of the city, enabling a higher proportion of the residents to be involved in planning and action for climate mitigation. Wellington is engaging residents in bringing about change, rather than simply declaring a climate emergency.

Thirty-eight ideas have won the Global Mayors Challenge since its launch in 2013 and often yield such powerful results that other cities replicate them.

This includes Biochar (2014, Stockholm, Sweden), a project to convert plant waste into biochar to encourage plant growth, which will be replicated in 16 additional European cities; and Visor Urbano (2016, Guadalajara, Mexico), a program that decreases corruption by creating transparency in the permitting process for new businesses and buildings, that will be replicated by 61 cities in Latin America.

“When it comes to solving issues of equality and access, people need people,” said Hobson. “Each of the winning teams took a people-first, novel approach to improving their community. I am looking forward to seeing the long-term impact generated by these projects around the world.”