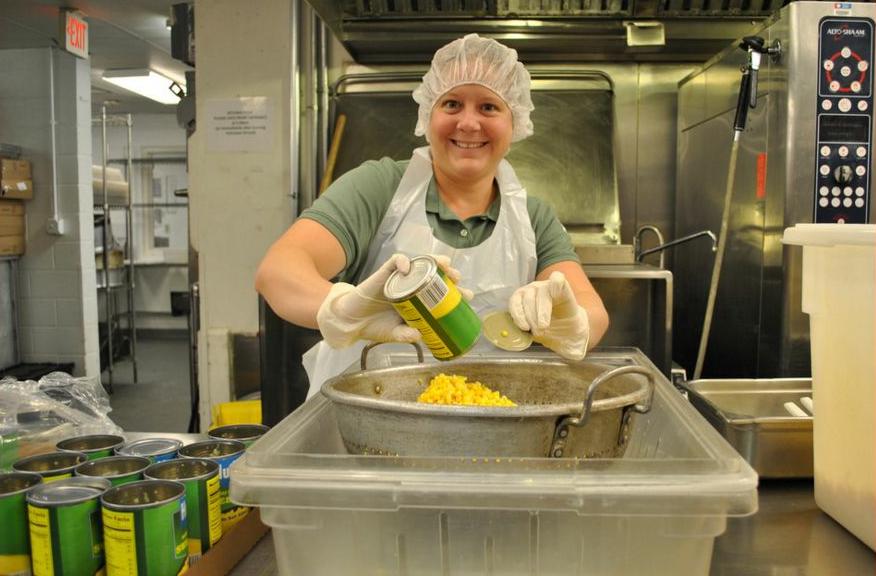 WASHINGTON, DC, March 31, 2016 (Maximpact.com News) – ConAgra Foods beat them all to it. The American packaged foods giant announced last July that all of its facilities in the United States and Canada had completed the transition to cans with linings that don’t contain Bisphenol A, a hormone-disrupting chemical linked to increased risk of breast and prostate cancers, infertility and type-2 diabetes.

Gail Tavill, ConAgra’s vice president, packaging and sustainable productivity, said then, “We recognize consumer interest in removing BPA from our cans and are pleased to be able to respond to that desire and offer food that our consumers can feel confident in.”

On Wednesday, a new report from six health and environmental groups found that 67 percent of nearly 200 food cans from dozens of brands and retailers tested positive for BPA, and now other companies are scrambling to remove the offending chemical from the linings of their cans.

Companies such as Campbell’s Soups. The study found 100 percent of the Campbell’s cans tested (15 out of 15) contained BPA-based epoxy.

On Monday, Campbell’s outlined the company’s plans to remove Bisphenol A from the linings of its cans by the middle of 2017 and transition to acrylic or polyester linings in all its soup cans.

Campbell’s first announced its intention to move away from BPA can linings in February 2012. Mark Alexander, president of Americas Simple Meals & Beverages, a Campbell’s company, said Monday that the technical and financial challenges have proven daunting and the company is still dealing with the “enormity of the task.”

“We ship nearly two billion cans each year, comprising more than 600 different recipes. Making a change of this magnitude requires input from hundreds of employees across the company,” Alexander said.

A particular challenge is cans containing tomatoes, which are naturally acidic and can react with some linings over time, said Alexander.

He emphasized that Campbell’s does not plan to pass the costs of making these changes on to consumers.

“Our priority throughout this transition has been, and will continue to be, food safety,” said Mike Mulshine, Campbell’s senior program manager, packaging. “We have tested and conducted trials with hundreds of alternatives to BPA lining and believe the acrylic and polyester options will ensure our food remains safe, affordable and tastes great.”

“Our findings were alarming,” the authors say. “We expected that the explosion in consumer demand for BPA-free packaging would have resulted in swifter action by canned food brands and retailers. However, 67 percent of the 192 cans tested 129 contained BPA-based epoxy in the body and/or the lid.”

Hundreds of scientific studies have linked low levels of BPA, measured in parts per billion and even parts per trillion, to an increased risk of breast and prostate cancer, infertility, type-2 diabetes, obesity, asthma, and behavioral changes including attention deficit disorder.

The U.S. Food and Drug Administration claims that BPA is safe for adults to consume at current levels, but in 2012 the agency banned the sale of baby bottles and children’s cups containing BPA.

“Food manufacturers refused to tell us what chemicals were in their cans, so we reverse engineered and tested them ourselves,” said Jeff Gearhart, the Ecology Center’s HealthyStuff.org research director. “Since they can’t hide these chemicals from consumers anymore, perhaps they will be more motivated to use safer materials.”

The “Buyer Beware” report is intended as a wake-up call for national brands and retailers who are eliminating BPA in favor of other harmful chemicals that the authors call “regrettable substitutions.”

“Consumers want BPA-free food cans that are truly safer, not food cans lined with materials comprised of known or possible carcinogens, such as vinyl chloride used to make PVC, or styrene, present in some acrylic coatings,” the report states.

Watchdog groups, including the authors of this report, are now calling on the canned food industry to make full ingredient disclosure, and conduct publicly transparent hazard assessments of BPA-replacement chemicals using the GreenScreen® for Safer Chemicals, to ensure that they are safe for human health and the planet.

“BPA-free doesn’t mean a can lining is safe, as the substitute could itself be harmful. That is why we are asking companies to take the GreenScreen Challenge and work with us to demonstrate the chemical safety of their can liners,” said Clean Production Action’s Beverley Thorpe, who helps companies understand the value of the GreenScreen® as a tool for replacing toxic chemicals with safe alternatives.

To conduct a meaningful assessment, suppliers must be willing to fully disclose the chemical ingredients – including polymers, additives or resins – of their can-lining materials to an independent GreenScreen® Profiler.

The hazard scores provide the information most needed by consumers, retailers and the brands themselves if they wish to reduce business risk.

BPA is in the linings of canned foods sold around the world.

Eighteen out of the 21 food cans purchased from three of the largest retailers in Canada – Walmart, Loblaws and Sobeys – contained BPA in their linings. These are popular products such as beans, tomatoes, chicken broth, and cranberry sauce.

A national survey shows that 95 percent of Canadians have BPA in their bodies, and food contaminated with BPA from cans is a major source.

“The fact that many food cans contain endocrine-disrupting BPA means that Canadians may be eating food contaminated with the hormone-mimicking chemical,” said Maggie MacDonald, Toxics Program manager with Environmental Defence. “This is very disconcerting as Canadians who rely on canned foods in their diets may be at continuous risk of developing serious health problems.”

The European Union banned the use of BPA in baby bottles and sippy cups in 2011, but the ban was rescinded in 2015 after the European Food Safety Authority (EFSA) published a contentious re-evaluation of BPA exposure and toxicity.

Some EU nation states – Austria, Belgium, Denmark, France and Sweden – continue to regulate BPA strictly, despite the EFSA ruling, but only France has banned BPA from the lining of all food cans.

To ensure food is not contaminated with BPA, the “Buyer Beware” report recommends that consumers:

“Most people in the United States are exposed to BPA every day, largely from food packaging, despite the negative health impacts. It shouldn’t be a buyer beware situation for shoppers every time they set foot in the canned food aisle,” said Janet Nudelman, director of programs and policy for the Breast Cancer Fund.

“Campbell’s and other major national brands need to get BPA out of food can linings and fully disclose the identity and safety of any BPA alternatives they’re using,” Nudelman said. “Consumers deserve protection from the toxic effects of this hormonally active chemical and the likelihood of exposure to unsafe toxic alternatives.”