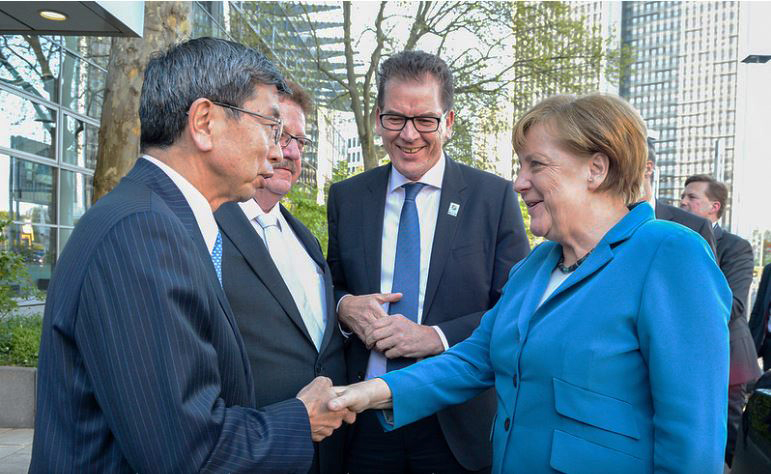 FRANKFURT, Germany, May 3, 2016 (Maximpact.com News) – The Government of Germany and the Asian Development Bank Monday announced their intention to launch an Asia Climate Finance Facility (ACliFF) in 2017. The announcement came on the first day of the ADB’s 49th Annual Meeting, the first ever held in Germany, the bank’s biggest European shareholder.

The facility will leverage public and private sector investment in climate change mitigation and adaptation in support of the goals of the Paris Climate Agreement, reached last December and now signed by more than 175 countries.

The facility will help developing countries in Asia and the Pacific region through new and innovative co-financing measures, including guarantees and climate risk insurance, which support country-led implementation of Nationally Determined Contributions for reduction of greenhouse gas emissions, as well as for investment in resilience.

In their “Frankfurt Declaration,” the bank and the German Federal Ministry for Economic Cooperation and Development agreed to join forces for progress on climate action and technical and vocational education and training for the economic empowerment of women.

Officials said this effort is in the spirit of the women’s economic empowerment initiative launched by Germany during the German G7 presidency last year. Based in Manila, ADB is one of the largest multilateral donors for vocational training in developing Asia. Among the activities planned for the coming year is a joint regional vocational training conference.

As part of the annual meeting, the bank and CNBC presented best transaction awards for 2015 to two companies – Credo LLC, a microfinance organization based in the Republic of Georgia received the award for Best Financial Sector Transaction, and Mountain Hazelnuts, an agribusiness based in Bhutan, was recognized for the Best Corporate Finance Transaction.

The two were honored with the inaugural ADB Private Sector-CNBC Awards for their “impactful private sector solutions to key development challenges.”

“The private sector is a core provider of solutions to the most urgent development challenges facing Asia and the Pacific,” said Barrow. “Today’s award winners are exemplars of how the private sector can be at the forefront of inclusive growth.” 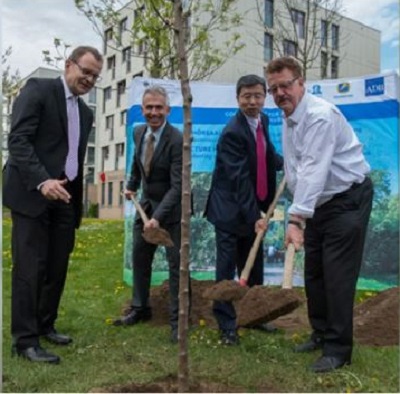 Majority owned by Access Microfinance Holding, Credo works to expand banking services for small businesses and farming households and improve delivery of financial services to underserved regions. ADB signed an agreement with Credo for a four-year $23 million loan in 2015 and a technical assistance grant of $300,000 to support its efforts in developing full retail services and expanding its operational systems as it transitions to becoming a bank.

Mountain Hazelnuts is developing an inclusive and environmentally sustainable hazelnut value chain in Bhutan. With assistance from ADB, Mountain Hazelnuts is training thousands of farmers, including women, to use farm practices that will help minimize crop losses from climate change. ADB approved $3 million in equity in 2015 and is also providing $1.5 million in technical assistance for the company.

The winners were chosen by an independent panel of five judges selected from ADB’s Independent Evaluation Department and Office of the General Counsel, as well as Credit Suisse and Commerzbank. Only transactions signed in 2015 were eligible. The judges assessed the transactions on: innovation, impact, scalability, and value addition from ADB and the financial institution or company.

The Asian Development Bank is leaving a gift for Germany – the first “Green Reading Room” at a German university.

The 67 delegates of the ADB member states jointly planted the trees for the Green Reading Room on the premises of the Goethe University of Frankfurt on April 30. The trees will eventually form a green construction that can be used as a reading room by roughly 50 students.

ADB President Takehiko Nakao said, “Sustainability is critical for all economies in Asia and in the rest of the world. The Green Reading Room will serve as a reminder of the importance of environmental sustainability for this and future generations.”

“The Green Reading Room sends out a clear message to young people, as it encourages them to help limit global warming through their own behavior,” said Hans-Joachim Fuchtel, Parliamentary State Secretary to the Federal Minister for Economic Cooperation and Development and German Governor of the ADB.

“The Paris climate summit made very clear what many of us knew already: much more needs to be done to bind CO2,” said Fuchtel. “With the Green Reading Room, we are planting ideas for the future, quite literally.”

The Federal Ministry for Economic Cooperation and Development plans to use the Green Reading Room as a regular venue for presentations to young scientists about latest developments in the areas of climate change and energy use.

Said Lord Mayor of the City of Frankfurt, Peter Feldmann, “For this symbolic act there is no better place than Frankfurt. Because in this green city, dynamics and sustainability as well as the belief in progress and prosperity go in line with taking care of our environment.”