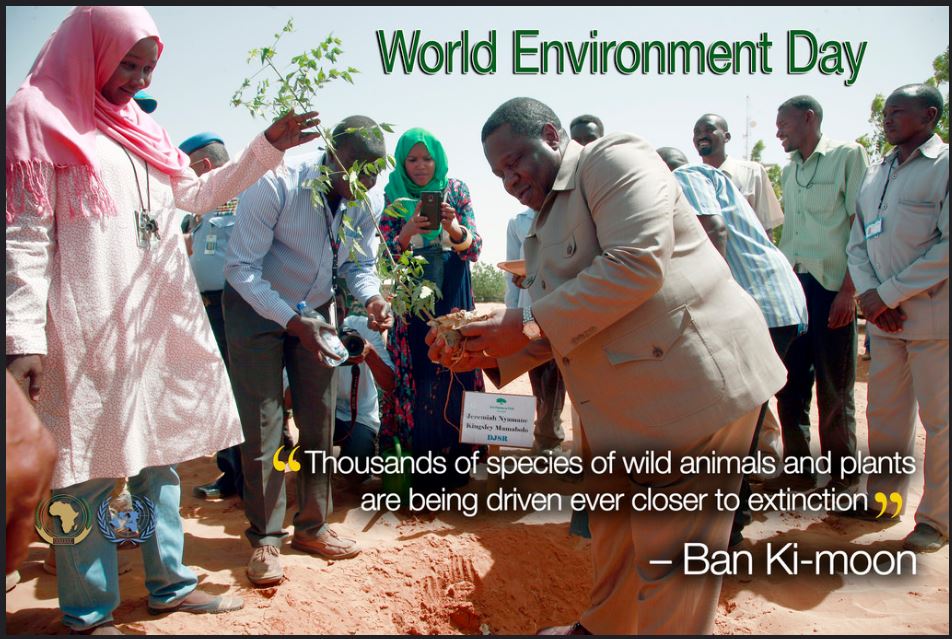 In 1970, environmental activists in the United States celebrated Planet Earth on April 22 and dubbed it Earth Day. Now, Earth Day motivates millions to take action in countries throughout the world, not just on April 22 but for weeks both before and after that date.

Then, in 1972, the United Nations General Assembly adopted June 5 as World Environment Day with the goal of encouraging everyone to prevent the growing strain on the planet’s natural systems from reaching the breaking point.

On June 5, 1974 the UN held the first World Environment Day in the city of Spokane, in the U.S. state of Washington at Expo ’74, the first environmentally themed world’s fair.

The event broke the record for number of countries to sign a UN pact in a single day. The Paris agreement moves the world toward what EU Vice-President Maroš Šefčovič told fellow signatories is “a fundamental and ground-breaking transition to a low-carbon economy and society.”

World Environment Day 2016 also has been dramatic. Hosted by the West African country of Angola, this year’s theme “Go Wild for Life,” is dedicated to conserving wildlife and stamping out the illicit wildlife trade.

The 2016 theme highlights the fight against the illegal trade in wildlife, which erodes precious biodiversity and threatens the survival of elephants, rhinos and tigers, as well as many other species.

Angola is seeking to restore its elephant herds, conserve Africa’s biodiverse wildlife, and safeguard the environment as it rebuilds after more than a quarter-century of a civil war that ended just 14 years ago.

“Angola is delighted to host World Environment Day, which will focus on an issue close to our hearts,” said Angolan Environment Minister Maria de Fatima Jardim.

“The illegal wildlife trade, particularly the trade in ivory and rhino horn, is a major problem across our continent,” she said. “By hosting this day of celebration and awareness-raising, we aim to send a clear message that such practices will soon be eradicated.”

To demonstrate its commitment to curb elephant poaching, Angola last year submitted a National Ivory Action Plan as part of its membership of CITES, the Convention on International Trade in Endangered Species. This international agreement is designed to prevent trade in wild animals and plants from threatening their survival.

Angola’s plan includes stiff penalties for poaching and ivory trafficking and stronger policing, including more training for wildlife rangers and the posting of a wildlife crime unit to the international airport in the capital, Luanda.

In March, Angolan officials presented a draft law banning the sale of ivory, a move that would end the open sale of ivory artefacts at Luanda’s bustling Benfica market.

It is unclear how many elephants remain in Angola, but those that do are facing pressure from poachers seeking to profit from ivory sales and poor communities who rely on bushmeat to survive.

The nation is also a transit country for ivory, with carved goods coming over the border from the Democratic Republic of Congo for re-sale, largely to Asian nations.

The troubles facing Angola are part of a wider global problem. A new United Nations Environment Programme (UNEP)-INTERPOL report, released on June 4, found that transnational criminal networks are making up to $258 billion per year from environmental crimes, including the illegal trade in wildlife – a 26 percent increase over previous estimates.

In response to its problem, Angola is introducing tougher penalties for poaching, shutting down its domestic illegal markets, and looking to provide alternative livelihoods for those at the bottom of the illegal wildlife trade chain. They are also training former combatants to become wildlife rangers.

“We have a big push to manage protected areas and create others for the benefit of our people,” said Abias Huongo, director of Angola’s National Institute of Biodiversity. “For us to survive, other species need to survive. Together with the tourism ministry, we are exploring the potential of ecotourism to address the economic deficit with biodiversity.”

In Cuando-Cubango, a key region for biodiversity, new lodges are opening. A collection of comfortable huts ranged along the leafy banks of a lazy river near Menongue, the Rio Cuebe lodge has been open for three years. 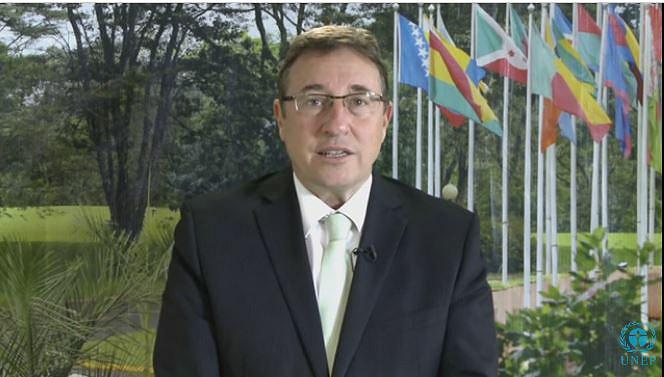 Regional ministers and biodiversity experts packed the Rio Cuebe for a conference as part of World Environment Day celebrations, but most of the time it sits half empty. When guests come, they are usually expats working in the country.

But UNEP Executive Director Achim Steiner believes this situation is about to begin changing.

“Angola has, over many years, relied on its fossil-fuel economy, whereas the last year has shown that kind of dependence can be a risk,” he said. “So, as Angola is managing the fall-out from the drop in oil prices it is looking at diversifying. This is where the notion of the green economy becomes relevant.

“Cuando-Cubango is a region that could provide an enormous opportunity for investment in terms of tourism,” said Steiner, “a unique area where in 20 years’ time the world will be paying thousands of dollars for an overnight stay.”

Angolans are also discussing the establishment of several vast trans-frontier conservation areas. One would cover the wildlife-rich Okavango Delta in Botswana, and another incorporates Namibia’s wild Skeleton Coast.

Whatever can be done to conserve biodiversity everywhere in the world, it must be done quickly, says Bradnee Chambers, the executive secretary of the United Nations Environment Programme’s Convention on the Conservation of Migratory Species of Wild Animals.

“Vulture populations in Africa are collapsing. One reason is that farmers lace carcasses with poison bait with the intention of killing predators such as lions or hyenas that take their livestock; vultures are the unintended victims. But more recently poachers have been trying to kill vultures by contaminating dead elephants slaughtered for their ivory, because by circling over the scene of the crime the birds reveal where the poachers are,” explains Chambers.

“There is a real risk that Africa will lose not only its iconic elephants but also some of its most important birds of prey, which play a critical role in human health as nature’s garbage disposers,” he said.

The new agreement among 29 countries and the European Union prevents vessels from selling their illicit catch and facilitates inspections by port authorities.

Illegal fisheries not only take millions of tonnes of fish each year but are also responsible for by-catch, a driver in the decline of species such as the vaquita, a Critically Endangered marine mammal in the Gulf of California, and the harbor porpoise in the Baltic Sea.

“On this World Environment Day,” said UN Secretary-General Ban Ki-moon, “I urge people and governments everywhere to overcome indifference, combat greed and act to preserve our natural heritage for the benefit of this and future generations.”