India One, a 1 megawatt solar thermal power plant in Rajasthan, India is due for completion in 2016. It uses 770 newly developed 60m2 parabolic dishes and features thermal storage for continuous operation. The plant will generate enough heat and power for a campus of 25,000 people and is a milestone for clean power generation in India. (Photo by Brahma Kumaris) Creative Commons license via Flickr

NEW DELHI, India, July 13, 2016 (Maximpact.com News) – Solar power prospects are brightening with a new global focus on renewable energy to avert climate change. A burst of financial power was added at the end of June as the World Bank Group signed an agreement with the International Solar Alliance (ISA) – 121 countries led by sunny India – with the goal of mobilizing US$1 trillion in investments by 2030.

The ISA was launched at the UN Climate Change Conference (COP21) in Paris on November 30, 2015 by Prime Minister Modi and French President Francois Hollande. Most of the sunshine countries lie between the tropics of Cancer and Capricorn, including Mexico, Peru, Chile, Argentina, Paraguay, Brazil, Australia, New Zealand and China. The United States and European Union also are involved. 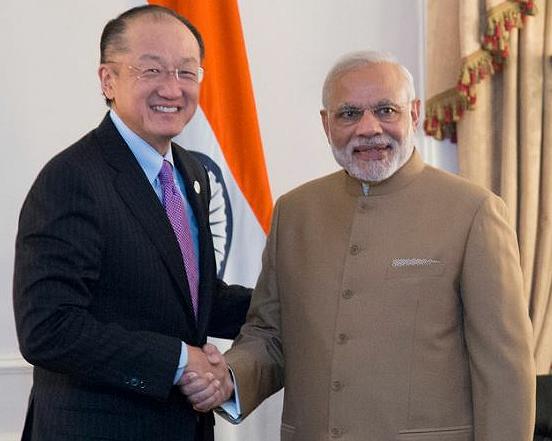 On a two-day trip to New Delhi at the end of June, World Bank Group President Jim Yong Kim established the Bank as a financial partner for the ISA and pledged to collaborate on expanding the use of solar energy in India.

After meeting with Indian Prime Minister Narendra Modi, World Bank Group chief Kim said with a smile, “One of the reasons that I always appreciate my meetings with the Prime Minister is that he always pushes us to move faster and faster – to keep pace with him. We promised that we would do so, and in particular talked about supporting his government’s pace on expanding renewable energy sources.“

The Prime Minister emphasized the importance of adequate climate change financing for countries like India which are “consciously choosing to follow an environmentally sustainable path.“

“India’s plans to virtually triple the share of renewable energy by 2030 will both transform the country’s energy supply and have far-reaching global implications in the fight against climate change,” the banker said.

The International Energy Agency calculates that India is set to contribute more than any other country to the projected rise in global energy demand. Steep rises in power production and consumption are expected to accompany India’s economic growth.

“Prime Minister Modi’s personal commitment toward renewable energy, particularly solar, is the driving force behind these investments,” said Kim. “The World Bank Group will do all it can to help India meet its ambitious targets, especially around scaling up solar energy.”

Kim said he envisions the ISA as using its global development network, global knowledge and financing capacity to promote the use of solar energy throughout the world.

India’s Ministry of New and Renewable Energy identified the initial joint projects to actualize the new agreement as: 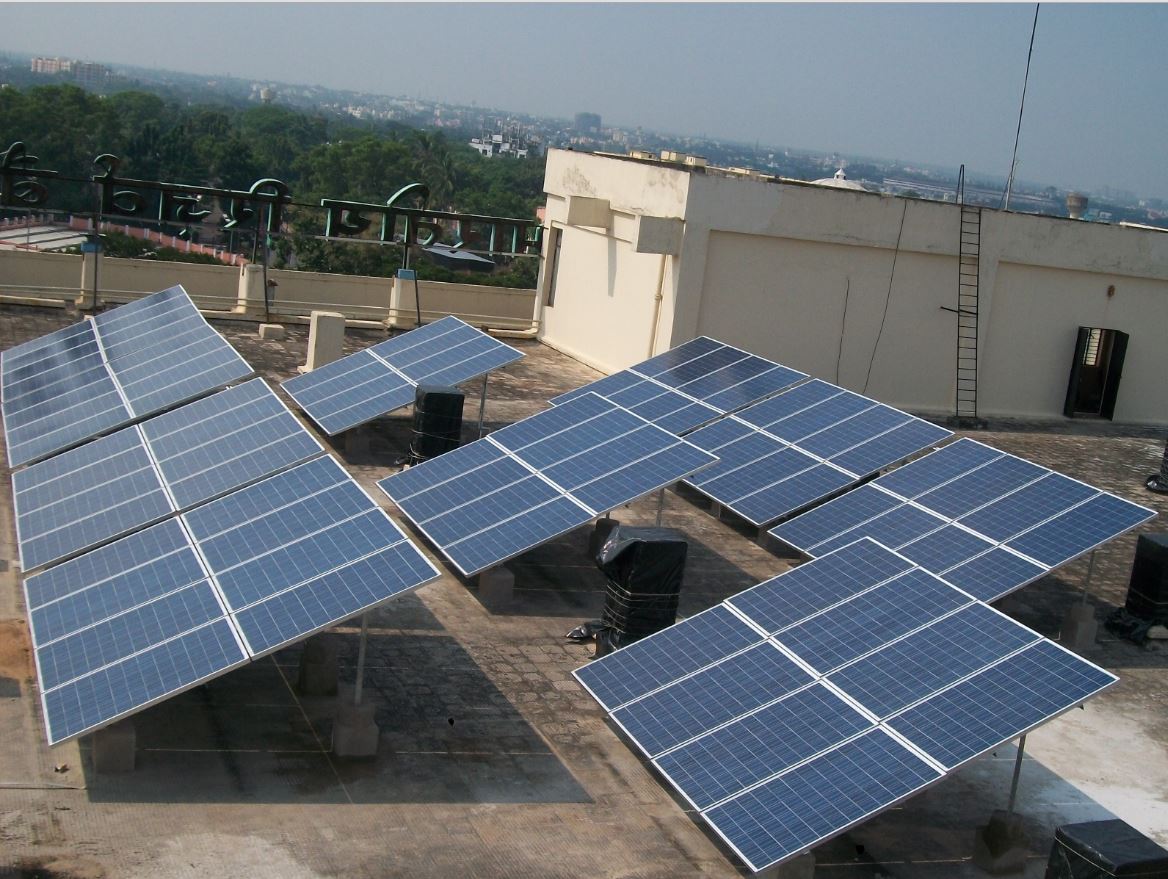 Solar panels on the rooftop of the Reserve Bank of India in Jaipur. (Photo by Kirti Solar Limited) Posted for media use by India PRwire

In addition, India will receive a loan of more than US$1 billion dollars to support expanding solar power through investments in solar generation.

“As part of our $1 billion dollar solar commitment to India, today we signed an agreement with the Government of India for a $625 million dollar grid connected rooftop solar program,” said Kim.

The project will finance installation of at least 400 megawatts of solar photovoltaic installations.

These investments for India will together become the Bank’s largest financing of solar projects for any country in the world. The banker said. “India has become a global leader in implementing the promises made in Paris for COP21 and the global efforts to tackle climate change.”

India’s pledge to the Paris summit offered to bring 40 percent of its electricity generation capacity, not actual production, from non-fossil sources – renewable, large hydro, and nuclear – by the year 2030.

India has capacity of 4GW and the Modi Government has set a target of adding 100 GW of solar power by 2022.

In January, Modi and Hollande jointly laid the foundation stone of the International Solar Alliance headquarters and inaugurated the interim Secretariat of the ISA in National Institute of Solar Energy in Gwal Pahari in the Gurgaon District of Haryana state in northern India.

At that ceremony, the Indian Renewable Energy Development Agency and the Solar Energy Corporation of India (SECI) each announced a contribution of US$1 million to the ISA.

Prime Minister Modi has described the ISA as “the sunrise of new hope, not just for clean energy but for villages and homes still in darkness, for mornings and evening filled with a clear view of the glory of the Sun.”