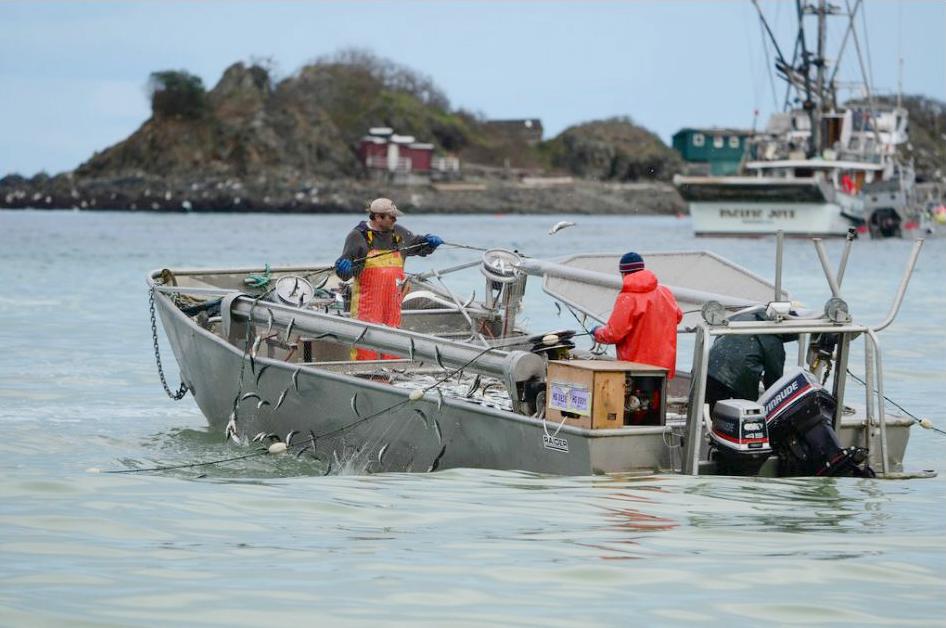 In 1961, the first year for which consistent data sets are available, the planet was able to supply 37 percent more resources and services than humanity demanded. Since then, the global ecological deficit has widened each year.

The 2016 edition of the National Footprint Accounts, compiled by the Global Footprint Network, shows that the world population demands 64 percent more ecological resources and services than nature can renew this year, through overfishing, deforestation and emitting more carbon dioxide into the atmosphere than forests can sequester and oceans can absorb.

“We are ever deepening our understanding of how crucial nature’s services are to our own well-being, prosperity and happiness, and to our very survival,” said WWF International Director General Marco Lambertini on Earth Overshoot Day 2015.

“We must continue to shift from being irresponsible exploiters to being careful stewards of nature’s values and good managers of her essential, finite resources,” he said.

Overshoot also contributes to resource conflicts and wars, mass migrations, famine and disease. It tends to have a disproportionate impact on the poor, who cannot buy their way out of the problem by getting resources from somewhere else.

Carbon emissions, produced by deforestation and the burning of coal, oil and gas, are the fastest growing contributor to ecological overshoot, with the carbon footprint now making up 60 percent of humanity’s demand on nature.

If we adhere to the goals set by the Paris climate Agreement adopted by 195 countries in December 2015, the carbon footprint must gradually fall to zero by 2050.

British economist and author Andrew Simms originated the concept of Earth Overshoot Day while working at the UK think tank New Economics Foundation. NEF’s policy director for over a decade, today, Simms is the chief analyst on the environment at the nonprofit environmental investigative organization Global Witness.

Simms has defined Earth Overshoot Day as, “...an estimate of the moment in the year when humanity has consumed more natural resources and created more waste than our biosphere can replace and safely absorb over a 12-month period,” he wrote in an opinion piece published by “The Guardian” in August 2013.

“As a result,” Simms wrote, “money flows into things that maximize short-term financial returns, rather than optimizing overall value for the economy and society.”

The Global Footprint Network is working to change how the world manages its natural resources and responds to climate change by providing information about each country’s demand for resources and the supply of these resources.

Its annual National Footprint Accounts add together a country’s annual demand for the natural resources and ecological services the planet provides – fruits and vegetables, meat, fish, wood, cotton for clothing, timber and carbon dioxide absorption. This demand, the Ecological Footprint, then can be compared to the supply of these goods and services provided by that country’s ecosystems, called biocapacity.

Mathis Wackernagel, co-founder and CEO of the Global Footprint Network, gave a speech at the TEDx conference in San Francisco in December 2015, in which he said, “The problem now is that the higher the development of a country, the higher its ecological footprint is. At any rate, we also observe that at any level of development there is an overuse of Earth’s resources.“

The National Footprint Accounts and biocapacity calculations are based on United Nations data sets, and use about 15,000 data points per country and year.

But the Global Footprint Network acknowledges, “...it is not possible to verify the precision and reliability of all of the underlying data, which may vary from country to country.” GFN estimates that absolute precision may be within 10 to 20 percent. The relative position of a country for one year compared to previous years within one edition is typically more robust.

Still, the data indicates that humanity’s demand on nature is at an unsustainable level. One year is no longer enough to regenerate humanity’s annual demand on the planet, even using conservative data sets that underestimate the gap between how much humans use compared to what nature can renew.

If everyone on Earth lived as Canadians do, it would take 4.7 Earths to sustain global consumption. The carbon footprint makes up 61 percent of Canada’s overall ecological footprint. But Canada is so rich in resources that it takes only half the country’s resources to sustain the national population of 36.2 million.

David Miller, president and CEO of WWF-Canada, said, “Canada is fortunate to still have an abundance of renewable natural riches, when much of the world no longer does. It’s vital that we take care of these resources now so they can continue to take care of us in the future.”

In Europe, Portugal, Italy, Greece and Spain have been registering a steady decline of their Ecological Footprint per capita since the mid-2000s.

By contrast, strong European economies like Germany and France have seen an increase of their Ecological Footprint per capita since the 2008 financial crisis.

Asian countries with rapid economic expansion, such as India, China, South Korea and Vietnam, are displaying a strong increase of their Ecological Footprint per capita in line with their rising standards of living.

Vietnam and Cambodia stand out among Asian countries for their successful efforts building up their biocapacity per person to support their growing Ecological Footprint, says the Global Footprint Network in its 2016 edition of the National Footprint Accounts.

The 2016 edition of the National Footprint Accounts includes 21 improvements over the 2015 edition, including some better data points.

The most influential improvement is the new calculation of the world’s Average Forest Carbon Sequestration, which is the long-term capacity for one hectare of world-average forest ecosystem to sequester the greenhouse gas carbon dioxide (CO2).

The updated calculation has revealed that the global carbon footprint is 16 percent higher than previously calculated, with a consequent eight percent increase in the Global Ecological Footprint.