Turning CO2 Into an Asset

STOCKHOLM, Sweden, August 11, 2016 (Maximpact.com News) – As the climate heats up, scientists and engineers are finding new ways to lessen the impact of fossil fuel combustion on the climate – both by sequestering the carbon dioxide (CO2) emitted and also by producing electricity with this most prevalent greenhouse gas.

The most familiar carbon capture and storage technologies enable the capture of CO2 from fuel combustion or industrial processes, transport the gas via ships or pipelines, and store it underground or undersea in depleted oil and gas fields and deep saline formations.

The world’s first CCS project started in Norway in 1996 and continues to operate today, storing nearly a million tonnes of CO2 ever year beneath the North Sea.

CCS projects are entering operation, are under construction or are in advanced stages of planning in Australia, Canada, Saudi Arabia, the United Arab Emirates and the United States.

But energy losses and large capital costs are associated with this type of CO2 capture, transport, and sequestration, so scientists are seeking newer and better ways to keep CO2 from acting as a greenhouse gas, raising the planetary temperature. 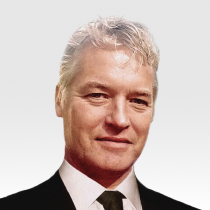 Carl Pendragon, co-founder of the Swedish cleantech firm Carbon Wealth , has developed a new patented process for converting atmospheric carbon dioxide, CO2, into a cheap, clean-burning copy of coal and charcoal – a process he calls “SkyMining.”

SkyMining was designed to be a profitable source of carbon negative energy, that can operate and grow organically in the global markets without any kind of subsidy or legislation.

In a May 2016 interview with the global media platform Climate Action, Pendragon explained how the process works.

“Businesses are invited to invest in a SkyMining contract to offset their carbon emissions. For each tonne of CO2 that is offset, a company gets a return taken from our fuel sale profits.“

“We use their investment to plant specialized grass on marginal land; atmospheric carbon is extracted through hyper-efficient CO2-pumps found in the grass,” Pendragon explained.

“A large proportion of the CO2 pulled down by our grass is sequestered in the soil on which it is grown. The grass can grow four meters (13 feet) in 100 days, exclusively on marginal land that can’t be used for any other kind of agriculture,” he said.

Pendragon calls his process “the world’s first scalable and profitable carbon-negative energy solution.”  SkyMining safely sequesters large amounts of CO2 as fuel that can be burned instead of fossil fuels in industry, heating and electricity generation. The next step is a commercial SkyMining installation in Senegal.

Pendragon said, “Our fuel costs less than fossil fuels and charcoal in all chosen target markets. The energy density per tonne of SkyMining fuel is similar to fossil fuels. And, SkyMining fuel does not emit any CO2 in the context of climate change.“

“SkyMining produces a burnable fuel that can replace coal,” he said. “This fuel not only directly offsets fossil fuels when it takes their place in an oven, but it also allows us to capitalize on the world-spanning fossil fuel infrastructure built up since the industrial revolution, vastly reducing our costs.“

“SkyMining is carbon negative,” said Pendragon, “meaning that our fuel’s production and combustion results in a net-reduction of CO2 in the atmosphere.“

“Finally,” he said, “SkyMining avoids the problem of intermittency, since it does not rely on an irregular source of energy such as wind or sunlight. This makes SkyMining a viable source of backup power for modern renewables like wind and solar. Our carbon-negative energy can ensure that wind and solar power is always beneficial for the environment, unlike when their backup power comes from dirty coal.” 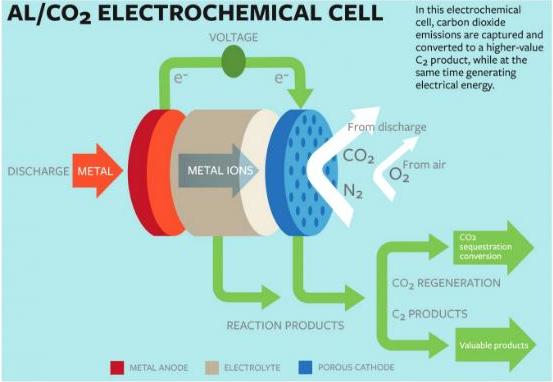 In a completely different approach, Cornell University scientists have developed a power cell that uses electrochemical reactions to both sequester CO2 and produce electricity.

The group’s proposed cell would use aluminum as the anode and mixed streams of carbon dioxide and oxygen as the active ingredients of the cathode.

The electrochemical reactions between the anode and the cathode would sequester the CO2 into carbon-rich compounds while also producing electricity and a valuable oxalate as a byproduct.

Their paper, “The O2-assisted Al/CO2 electrochemical cell: A system for CO2 capture/conversion and electric power generation,” was published July 20 in the journal “Science Advances.”

“The fact that we’ve designed a carbon capture technology that also generates electricity is, in and of itself, important,” Archer said.

Archer explained that their process generates superoxide intermediates, which are formed when the dioxide is reduced at the cathode. “The superoxide reacts with the normally inert carbon dioxide, forming a carbon-carbon oxalate that is widely used in many industries, including pharmaceutical, fiber and metal smelting,” he said.

“A process able to convert carbon dioxide into a more reactive molecule such as an oxalate that contains two carbons opens up a cascade of reaction processes that can be used to synthesize a variety of products,” Archer said.

Al Sadat, who worked on onboard carbon capture vehicles at Saudi Aramco, said this technology in not limited to power-plant applications.

“It fits really well with onboard capture in vehicles,” he said, “especially if you think of an internal combustion engine and an auxiliary system that relies on electrical power.“

He said aluminum is the perfect anode for this cell, as it is plentiful, safer than other high-energy density metals and lower in cost than other potential materials, such as lithium or sodium, while having energy density comparable to lithium.

A current drawback of this technology is that the electrolyte – the liquid connecting the anode to the cathode – is extremely sensitive to water. The group is working to find electrolytes that are less water-sensitive.

This work made use of the Cornell Center for Materials Research, which is supported by the U.S. National Science Foundation (NSF). Funding came also from a grant from the King Abdullah University of Science and Technology Global Research Partnership program.