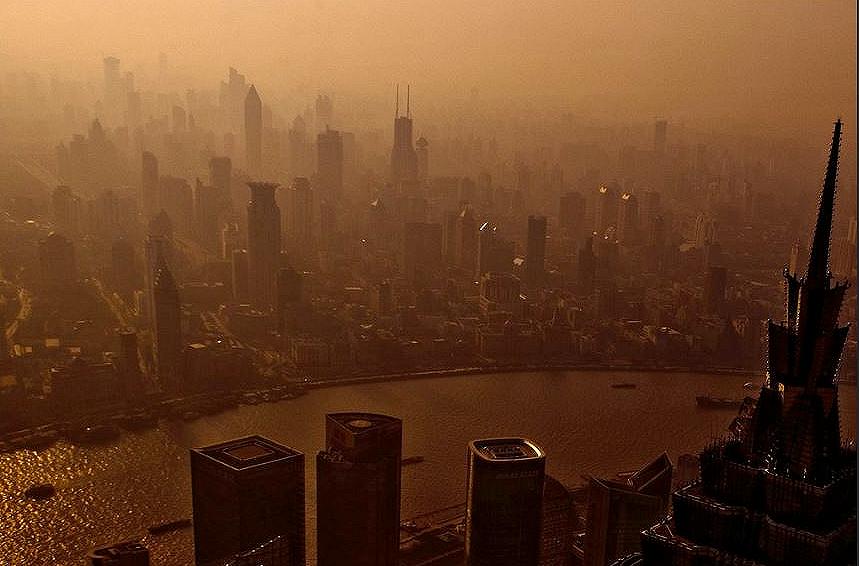 Nearly 90 percent of these air pollution deaths occur in low-income and middle-income countries, and nearly two out of three occur in WHO’s Southeast Asia and Western Pacific Regions.

Ninety-four percent of these deaths are due to noncommunicable diseases – cardiovascular diseases, stroke, chronic obstructive pulmonary disease and lung cancer.

In the most detailed air pollution health data, by country, ever reported by WHO, the study maps exposure to fine particle pollution, also called particulate matter or PM2.5, a mixture of solids and liquid droplets floating in the air.

Interactive maps  show not only countries, but areas within countries where outdoor, or ambient, air pollution is higher that WHO’s Ambient Air Quality Guidelines for exposure to fine particulates.

“The new WHO model shows countries where the air pollution danger spots are, and provides a baseline for monitoring progress in combatting it,” said Dr. Flavia Bustreo, assistant director general at WHO.

Developed by WHO in collaboration with the University of Bath, United Kingdom, the model is based on data derived from satellite measurements, air transport models and ground station monitors for more than 3,000 locations, both rural and urban.

“Air pollution continues take a toll on the health of the most vulnerable populations – women, children and the older adults,” said Dr. Bustreo. “For people to be healthy, they must breathe clean air from their first breath to their last.“

However, WHO reminds us, not all air pollution originates from human activity. Air quality can also be influenced by dust storms, particularly in regions close to deserts.

The model has calibrated data from satellite and ground stations to maximize reliability. National air pollution exposures were analyzed against population and air pollution levels at a grid resolution of about 10 km x 10 km.

“This new model is a big step forward towards even more confident estimates of the huge global burden of more than six million deaths – one in nine of total global deaths – from exposure to indoor and outdoor air pollution,” said Dr. Maria Neira, WHO director, Department of Public Health, Environmental and Social Determinants of Health.

“More and more cities are monitoring air pollution now, satellite data is more comprehensive, and we are getting better at refining the related health estimates,” Dr. Neira explained.

In September 2015, world leaders set a target within the Sustainable Development Goals of substantially reducing the number of deaths and illnesses from air pollution by 2030.

In May 2016, WHO approved a new roadmap for accelerated action on air pollution and its causes. The roadmap calls upon the health sector to increase monitoring of air pollution locally, assess the health impacts of exposure to polluted air and to assume a greater leadership role in national policies that affect air pollution.

This fall WHO is rolling out BreatheLife , a global communications campaign to increase public awareness of air pollution as a major health and climate risk.

BreatheLife is led by WHO in partnership with the Climate and Clean Air Coalition to Reduce Short-lived Climate pollutants, hosted by the UN Environment Programme.

The campaign stresses two kinds of practical policies. Cities can implement policies such as: better housing, transport, waste and energy systems. As communities or individuals, people can take actions such as: ending waste burning, promoting green spaces and walking or cycling to improve air quality.