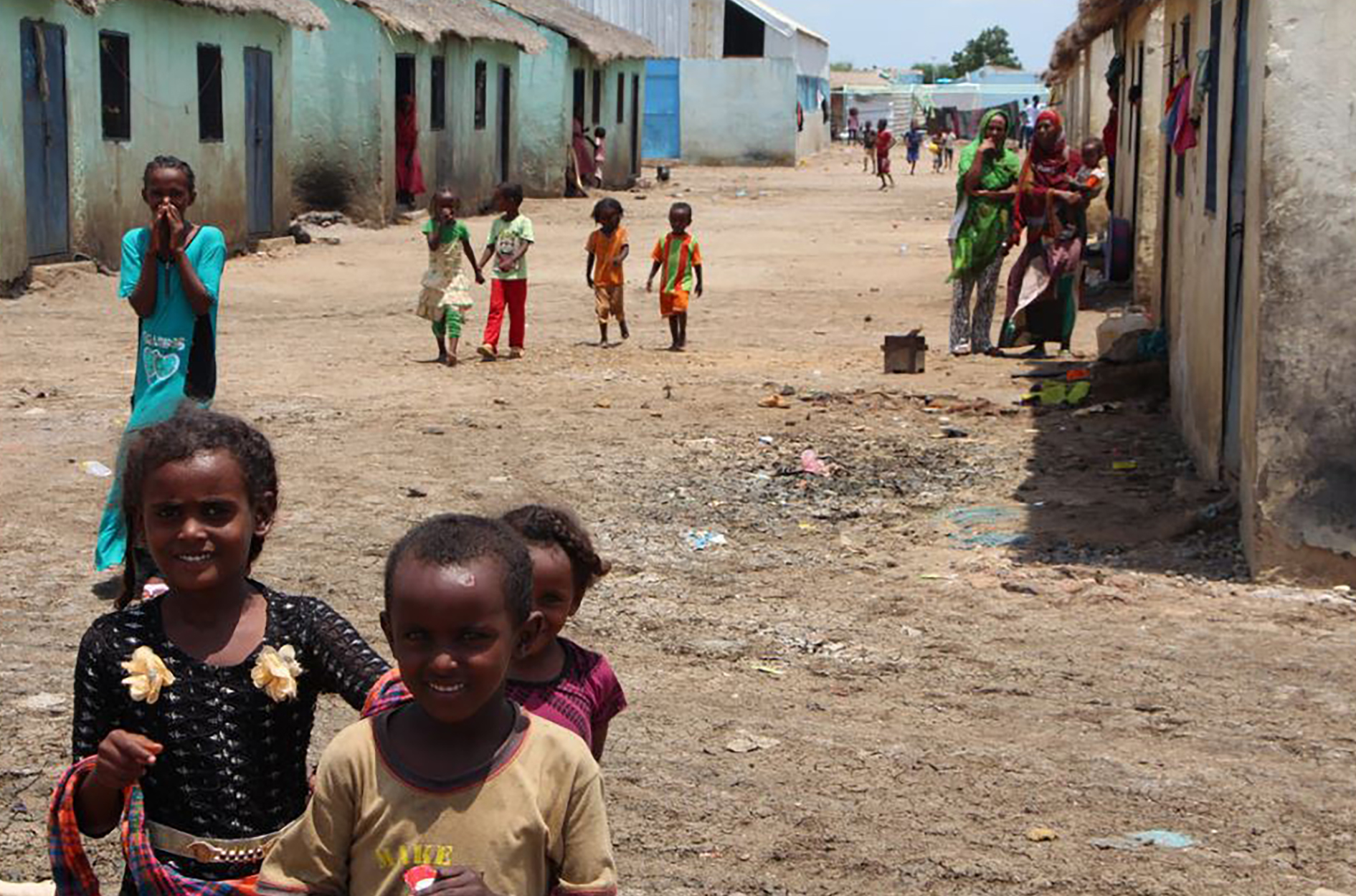 In 2016, 1.2 million people in the African country of Sudan have been affected by El Niño-induced drought as well as floods. August 24, 2016 (Photo by Anouk Delafortrie / EU/ECHO) Creative Commons license via Flickr.

GENEVA, Switzerland, October 4, 2016 (Maximpact.com News) – Record high global levels of the greenhouse gas carbon dioxide, CO2, were measured in September at over 400 parts per million for the first time in 15 million years, jolting leaders into awareness that Earth’s climate is changing quickly.

“It is deeply disturbing to learn that global levels of 400 parts per million have now been reached in September for the first time,” said Robert Glasser, the UN Secretary-General’s Special Representative for Disaster Risk Reduction.

“The last time CO2 levels were this high was 15 to 20 million years ago,” Glasser exclaimed.

A 2009 study published in the journal “Science” found that the last time in Earth’s history when CO2 levels in the atmosphere were this high for a sustained period was between 15 and 20 million years ago.

Then, according to the study, temperatures were between three and six degrees Celsius warmer than today. Ice sheets, the study said, had melted to the point where sea levels rose between 25 and 40 metres.

The lowest levels of CO2 are traditionally recorded September. So, says Glasser, it is not likely that we will see CO2 levels below 400 parts per million anytime soon. 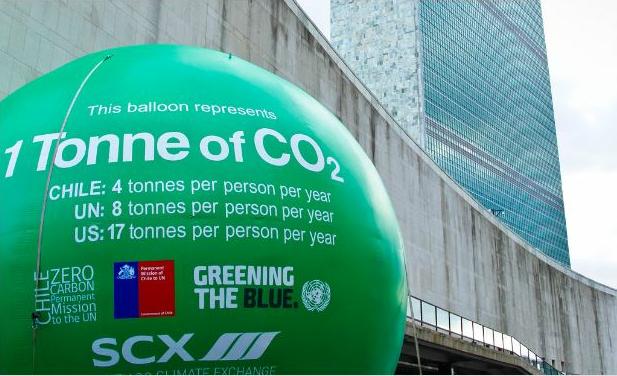 A balloon over seven metres high outside UN Headquarters in New York represents one metric tonne of carbon dioxide (CO2). The balloon is part of a project co-sponsored by the Government of Chile and the United Nations to draw attention to the quantities of CO2 produced per person per year. January 27, 2012 (Photo by Mark Garten / UN) Posted for media use .

“We know that the safe level is well below this,” he said. “It also means that we are systematically raising levels of disaster risk for future generations and we can expect more severe weather events in the years ahead.“

UNISDR serves as the focal point for disaster reduction coordination between the UN and regional organizations. Its work is applied to climate change adaptation; building disaster-resilient cities, schools and hospitals; and strengthening the international system for disaster risk reduction.

Climate disasters already account for 90 percent of all devastations caused by natural hazards – potentially catastrophic, especially for low and middle-income countries that contribute little to greenhouse gas emissions but have huge populations exposed to drought, floods and storms.

The year 2016 is on track to be the hottest year ever. August 2016 was the 16th straight warmest month on record, and there are no signs the warming is slowing down.

Global temperature peaked at 1.38°C above pre-industrial levels in February. In the Arctic, temperatures were 4°C above normal during the first quarter of the year.

Certain parts of the Pacific Ocean are two degrees Celsius warmer than normal, which has helped spur massive cyclones, including super typhoons Winston and Nepartak.

Recently, Super Typhoon Meranti “would have been the equivalent of a Category 6 hurricane, if the Saffir-Simpson Hurricane Scale extended beyond five.”

Warm temperatures have led to record breaking mass coral bleaching around the world. An estimated 93 percent of the Great Barrier Reef has been affected by bleaching.

Drought and rising temperatures have left over 36 million people in eastern and southern Africa facing hunger. This is the worst drought in Ethiopia’s recent history. 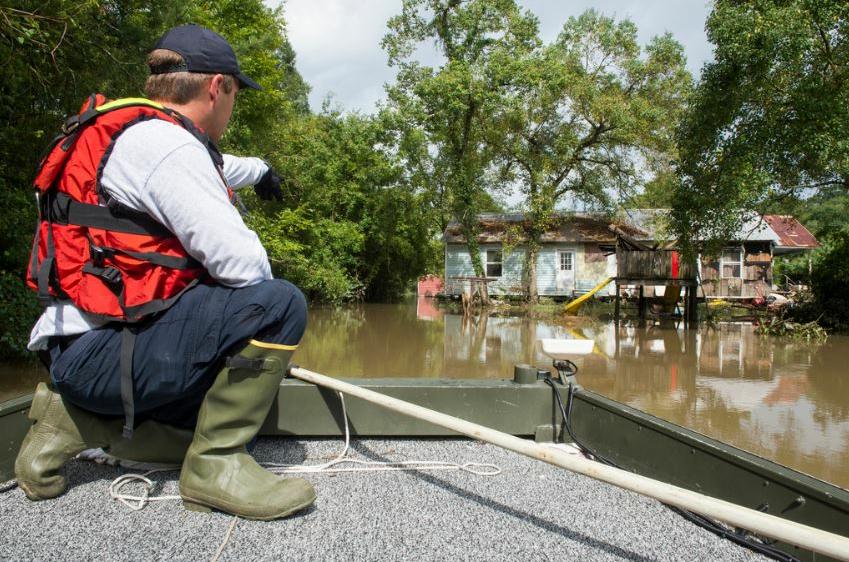 Catastrophic floods have hit many places, especially China, Pakistan and the U.S. state of Louisiana.

Rainfall in June led to one of the costliest disasters in China’s recent history. Louisiana faced several cases of extreme flooding - during the most recent case “some spots picked up more than a foot of rain in 24 hours and two feet in 72 hours.“

Scientists confirmed that five islands have disappeared in the Solomon Islands due to sea level rise. Six others have been partially submerged. Officials from the Pacific island nation of Tuvalu have said that the country has already lost four of its islands to rising seas.

The Isle de Jean Charles band of the Biloxi-Chitimacha-Choctaw tribe were the first community in the United States to receive federal funding to relocate because of climate change. The indigenous village of Shishmaref in Alaska has voted to relocate due to rising sea levels.

On Monday a new report from the UN Department of Economic and Social Affairs (DESA) highlights increasing evidence that climate change is taking the largest toll on poor and vulnerable people. These impacts are caused by inequalities that increase the risks from climate hazards.

“Sadly, the people at greater risk from climate hazards are the poor, the vulnerable and the marginalized who, in many cases, have been excluded from socioeconomic progress,” observed UN Secretary-General Ban Ki-moon in the report, “World Economic and Social Survey 2016: Climate Change Resilience – an Opportunity for Reducing Inequalities.“

“We have no time to waste – and a great deal to gain – when it comes to addressing the socioeconomic inequalities that deepen poverty and leave people behind,” Ban urged.

While there is a large body of anecdotal evidence that the poor and the vulnerable suffer the greatest harm from climate-related disasters, the report determined that much of the harm is not by accident. It is due to the failure of governments to close the development gaps that leave large population groups at risk.

In the past 20 years, 4.2 billion people have been affected by weather-related disasters, and many have lost their lives.

Looking ahead, the report recommends improved access to climate projections, modern information and communications technologies, and geographical information systems to strengthen national capacity to assess the impacts of climate hazards and policy options to minimize them.