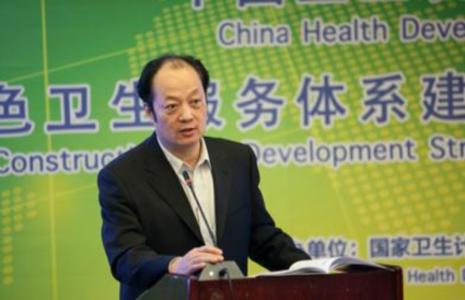 SAN FRANCISCO, California, October 13, 2016 (Maximpact.com News) – A delegation from the Chinese health sector came to the Bay Area in September to identify strategies that can address the health effects of climate change and foster green, environmentally sustainable, climate-resilient health care in both China and the United States.

The Chinese group was hosted by Health Care Without Harm, a U.S.-based international coalition of more than 250 organizations. Their collaborative campaign for environmentally responsible health care aims to transform health care worldwide so that it reduces its environmental footprint and becomes a community anchor for sustainability and a leader in the global movement for environmental health and justice. 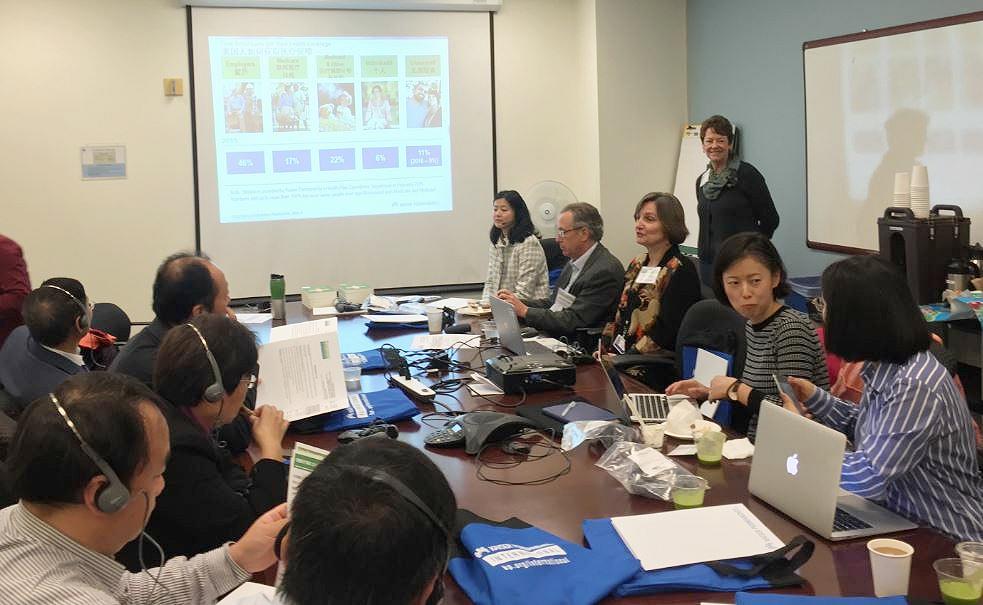 The visit was supported in part by the U.S. State Department’s People to People Exchange program.

Around the table were the members of Chinese delegation headed by Yang Hongwei of the China National Health Development Research Center, and representatives from members of the U.S. Health Care Climate Council, including Dignity Health, Gundersen Health System, Kaiser Permanente, Partners Healthcare, and Virginia Mason.

In addition to meeting with the health system leaders, the Chinese delegation toured Bay Area hospitals to learn how U.S. health care systems are implementing sustainability strategies while working for better health outcomes.

“This marks the beginning of a collaboration between health sectors in our two countries to make health care greener and more environmentally friendly, while protecting public health from climate change,” said Josh Karliner, international director of program and strategy for Health Care Without Harm.

“The fact that the presidents of both countries have prioritized addressing climate change creates space for the health sectors in China and the United States to step up together to address one of the greatest health challenges of our time,” said Karliner.

He is referring to an event in November 2014, when President Barack Obama and President Xi Jinping stood together in Beijing to make a historic U.S.-China Joint Announcement on Climate Change, emphasizing their personal commitment to a successful climate agreement in Paris and marking a new era of multilateral climate diplomacy as well as a new pillar in their bilateral relationship.

They are not alone. Many scientists and public health experts recognize that climate change will impact the health of billions of people around the world.

WHO Director-General Dr. Margaret Chan told a WHO Western Pacific regional meeting in Manila on Monday, “…health has some of the most compelling evidence-based arguments for interpreting climate change as a potential catastrophe. Simply stated, the Earth is losing its capacity to sustain human life in good health.“

“The challenge, of course, is to convince officials in energy, agriculture, transport, housing, and urban design to pay attention to the health consequences of their policies that affect the environment,” said Dr. Chan.

Health Care Without Harm warns that a crisis could arise over heat-related deaths, respiratory diseases, the spread of malaria, Zika virus and Dengue fever, water-borne diseases, or the prospect of millions more refugees.

Climate change is no longer an environmental problem in the distant future, says the health organization. It is now an immediate global health threat affecting everyone.

Representing close to six percent of China’s economy and 18 percent of the U.S. economy, the health care sector can play a leading role in moving both societies toward a more sustainable, environmentally friendly future.

“In China we have launched several research projects to identify a route map to greener health care buildings, operations and service delivery in our national system,” said Yang Hongwei, who serves as deputy director general of the National Health Development Research Center, a national research institution established in 1991.

After decades of development, the National Health Development Research Center has become an institution of scale with over 100 researchers and research fellows. It works as a national think-tank providing technical consultancy to health policy-makers.

The Global Green and Healthy Hospitals community has 702 members in 39 countries who represent the interests of over 20,800 hospitals and health centers.

“We are pleased to visit San Francisco, share our experiences, and learn from health systems here,” said Yang. “We look forward to more cooperation in the future.“

In addition to identifying opportunities for health systems in both countries to grow toward greener health development, meeting participants explored future joint actions.

They agreed to organize a follow-up meeting in Beijing on green health care, and build a health care component into the 2017 U.S. – China Climate Leaders Summit in Boston.