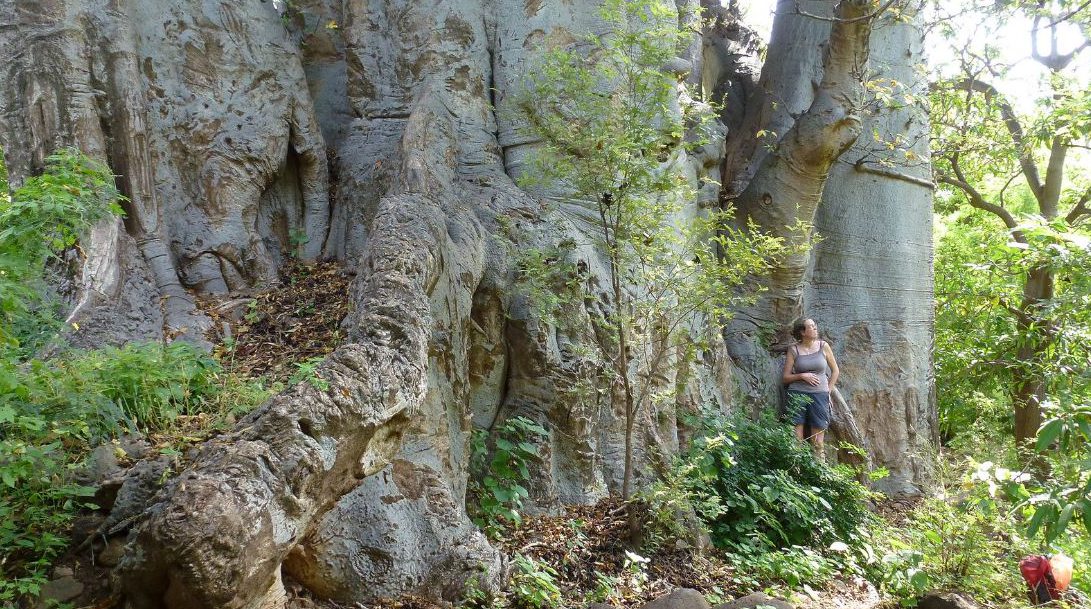 Giant trees are just one of the many unique sights on the Atlantic island chain of Cabo Verde. (Photo by Frans Neve) Creative Commons license via Flickr

A project of the nonprofit Earth Island Institute, Ethical Traveler hosted responsible travelers Sunday evening at a reception to honor the winners of the 2017 Ethical Destinations Awards.

The 2017 Ethical Destinations Award winners, in alphabetical order, not ranked, are:

By no means evenly distributed around the world, five of the destinations are in Latin America, and four of them are islands. There is only one located in Asia. None are in Europe or North America and none are on the African or Australian continents.

An article authored by Ethical Traveler’s Molly Blakemore, Karen Blansfield, Morgan Lance and Natalie Lefevre with Jeff Greenwald explaining the reasons behind the selection of this year’s 10 most ethical destinations also sketches the financial underpinnings of the travel industry.

“Travel is more than an opening for good will,” the authors say. “It is one of the world’s most powerful economic engines, and can drive the way countries treat their citizens, indigenous peoples, wildlife and the environment.“

They point out that travel is the world’s largest industry, with a trillion-dollar annual footprint.

“This means that travelers have enormous power. Where we put our footprints has reverberations reaching far beyond our personal experience. By voting with our wings, choosing our destinations well and cultivating our roles as citizen diplomats, we can help to change the world for the better,” the Ethical Traveler authors say hopefully.

Every year, Ethical Traveler volunteers review the policies and practices of over 100 developing countries. The group then chooses the 10 that they believe are doing the best at promoting human rights, preserving the environment and supporting social welfare, while creating a lively, community-based tourism industry.

Ethical Traveler is an all-volunteer nonprofit organization. No money or donations of any kind are solicited or accepted from any nations, governments, travel bureaus or individuals in the creation of its annual list.

Costa Rica scored highest in environmental protection among the 2017 Ethical Destinations, a big improvement from last year, followed by Chile and Dominica.

The Central American country plans to go carbon neutral by 2021, and officials claim it has reached 81 percent of its goal. According to a report by its National Centre for Energy Control, Costa Rica ran on 100 percent renewable energy for 76 straight days between July and August of 2016.

The global refugee crisis continued in full force of need this year. In response, Costa Rica, along with eight other North and Central American countries, made a formal commitment to shelter and improve protections for refugees.

Costa Rica is also one of the few countries that are “actively and sincerely trying to combat the human trafficking epidemic by arresting and breaking up the criminal groups responsible,” write the Ethical Traveler volunteers.

Costa Rica did not make it to the Top 10 last year because no progress was made on preventing turtle egg poaching, and Costa Rica’s president had expressed his intent to weaken endangered shark protections.

While there are still indications of ongoing sales of sea turtle eggs in some markets and the nation is under scrutiny for inconsistent support of international conventions on shark protection, there has been some progress, the Ethical Traveler volunteers report.

Costa Rican delegates led international shark conservation measures at a crucial February 2016 shark meeting, and Costa Rica has reached an agreement with Ecuador and Colombia to increase the protection of the migratory routes used by sharks and sea turtles.

The island countries of Barbados and Palau attained perfect ratings in air quality, as did Chile and Uruguay, which also scored 100 percent in forests.

Palau’s President Thomas Remengesau, Jr., a known environmental champion, established the first no-take zone, setting aside 80 percent of Palau’s Exclusive Economic Zone as a national marine sanctuary. He created the Marine Sanctuary Act to protect the oceans and marine life, and he is encouraging other countries to follow that path.

Praising Palau, the Deep Sea Conservation Coalition said, “If all nations that purport to support urgent action to protect the biodiversity of the international waters of the world’s oceans from bottom trawl fishing were as consistent and persistent as the Republic of Palau, the deep sea habitats of the high seas would undoubtedly already be safe from high seas bottom trawling.”

The island chain that is Cabo Verde juts up from the Atlantic, some 500 km west of Senegal, marked by mountains, beaches and peaceful seaside villages. Cabo Verde has committed to being free from oil-based energy by 2020, and is striving to be at the forefront of developing renewable energy technologies.

Cabo Verde continues progressing towards gender equality. Women now hold nine out of 17 national cabinet positions, and three out of seven seats on the Supreme Court.

Of all the countries on the initial list, Chile scored highest in social welfare, ranking 42nd out of the 187 countries, the Ethical Traveler reports.

Chile also enjoys modern medical care on par with that of the United States, is 28th in world rankings for life expectancy and has a literacy rate of 98 percent.

So far, Dominica is the leader in renewable energy usage in the Caribbean Community, CARICOM, with its current renewable usage at 28 percent. Its goal is to become fully energy self-sufficient by 2020.

Although the Caribbean island nation of Dominica suffered damage from tropical storm Erika in 2015, the government’s response to the event has been to rebuild schools, shelter displaced citizens and create jobs through road and infrastructure repair.

Dominica has a very high number of people living to over 100 years, and consistently self-reports as one of the happiest nations in the world.

Mongolia, the sole Asian country on the Ethical Traveler’s Top 10 List, has established goals to reduce its carbon footprint by having 30 percent of all energy output be from renewables by 2030, a big increase from its current seven percent.

Mongolia’s Minister of Environment and Tourism has made it clear that the government intends to have reviews and oversight of mining explorations to increase the transparency of those operations.

Belize’s top tourist destination is the country’s barrier reef, popular for scuba diving and snorkeling and attracting almost half of its 260,000 visitors. Vital to the country’s fishing industry, the reef is a 300-kilometer (190 mile) long section of the Mesoamerican Barrier Reef System, the world’s second longest reef, after Australia’s Great Barrier Reef.

Belize has several world-leading examples of sustainable tourism, and the Ethical Traveler’s volunteers praised the country’s efforts, saying they were “put forth as a true example of environmentally conscientious and sustainable tourism.“

Belize has also committed to the 10-Island Challenge, which challenges nations in the Caribbean to become 100 percent reliant on renewable energy rather than utilizing fossil fuels.

Education is also a priority in Tonga and Dominica, with impressive literacy rates of 99 per cent and 94 per cent, respectively—well above the global average of 84 per cent—and

The Pacific island country of Vanuatu is extending free education through to the age of ten.

“These countries are beacons that we hope other developing countries will follow,” writes the Ethical Traveler selection group.

Freedom House is a U.S. based and government funded nonpartisan and nonprofit organization that conducts research and advocacy on democracy, political freedom, and human rights.

“We’re especially hopeful to see Mongolia move up in the Freedom House rankings, as they made human rights and political freedom a cornerstone of 2016’s parliamentary elections,” the group writes.

Ecuador was included in the top rankings as a Destination of Interest, although it did not make it into the top 10.

“While Ecuador does not qualify as a top ethical destination because of serious environmental and human rights issues, we are including it as a Destination of Interest because of the important role of tourism in the recovery of the country after a destructive earthquake in April 2016,” writes the Ethical Travelers volunteer selection group.

Before the earthquake, Ecuador attracted 1.5 million visitors and tourism brought in $1 billion in 2015, making it the fourth biggest source of income for the nation. Because of the high costs of rebuilding the affected areas, Ecuador might otherwise turn to other short-term income generating projects, such as the oil drilling under Yasuní National Park, one of the world’s biodiversity hotspots, which was begun in September 2016.

Ecuador has much to offer responsible travelers: the majestic Andean mountains, the Amazon rainforest, indigenous and colonial towns, beautiful beaches and the fascinating wildlife of the Galapagos Islands.

So many wonderful places for responsible travelers to visit – so little time!

Maximpact’s consultant network has a wide range of eco tourism and environmental experts that can assist your organization. Create responsible tourism projects through Maximpact’s Advisory and discover project services for all types of business and organizations. Contact us at info(@)maximpact.com and tell us what you need.