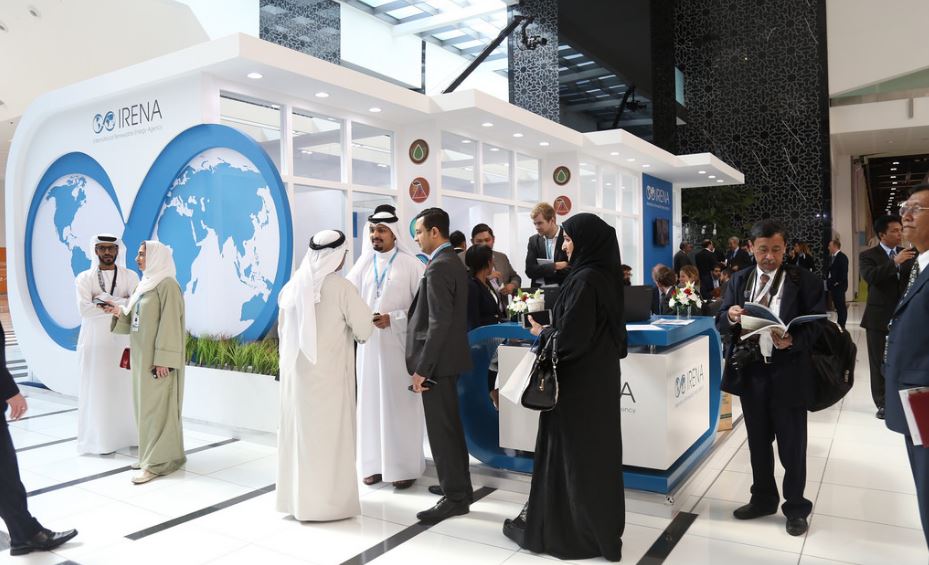 “As a global platform for addressing the interconnected challenges of clean energy, water and sustainable development, Abu Dhabi Sustainability Week has developed lasting partnerships with many of the world’s most admired experts and opinion formers on sustainability issues,” said Mohamed Jameel Al Ramahi, chief executive officer of Masdar, Abu Dhabi’s renewable energy company and the host of ADSW.

ADSW 2017 explores the theme “Practical Steps Towards a Sustainable Future” from January 12-21 with presentations, discussions and workshops on clean energy, water and waste.

From the podium, Mexico’s President Enrique Pena Nieto said, “Abu Dhabi Sustainability Week is a testament to the commitment of the United Arab Emirates to sustainable development and a new diversified, low carbon economy. Similar to how Mexico is leading the way as a developing country, the UAE was in fact the first country in the Middle East to set renewable energy targets at a time when there was widespread doubt about renewable energy’s viability and value.“

Workshops are considering strategies to drive investment, implementation of the Paris Agreement on climate, and the challenges of adapting existing infrastructure to the new market reality of small-scale, distributed power.

Another critical new market reality was detailed by Michael Liebreich, founder and chairman of the Advisory Board, Bloomberg New Energy Finance, and Board member, Transport for London.

“The global profile of ADSW is valuable in bringing emerging market opportunities to a wider stage,” he said, “thereby enabling greater cooperation between developed and developing economies.”

All kinds of clean energy investments are being forged in Abu Dhabi this week. “The clean energy sector has moved from the margins into the mainstream as a dynamic, commercially viable growth market,” Al Ramahi said.

If adopted nation-wide, the new efficient chillers could provide the UAE with national energy savings of over 20 percent while lowering life-cycle cooling plant costs. Currently 50 percent of the UAE’s electricity consumption goes towards cooling energy requirements, which can rise to as high as 75 percent during peak-day electricity use in the summer.

On another front, the United Arab Emirates announced a landmark new US$50 million grant fund for renewable energy projects in Caribbean island countries.

Launched by Reem Al Hashimy, minister of state for international cooperation, the UAE-Caribbean Renewable Energy Fund is one of the largest-ever single investments in the region’s clean energy sector. It represents a significant deepening of bilateral relationships between the UAE and Caribbean countries.

Grant funding is provided by the Abu Dhabi Fund for Development, with the UAE Ministry of Foreign Affairs managing the initiative and Masdar leading implementation.

The announcement, which brings UAE development assistance for renewable energy to almost US$1 billion since 2013, was made on the sidelines of Abu Dhabi Sustainability Week, as part of the annual General Assembly meeting of the International Renewable Energy Agency (IRENA). 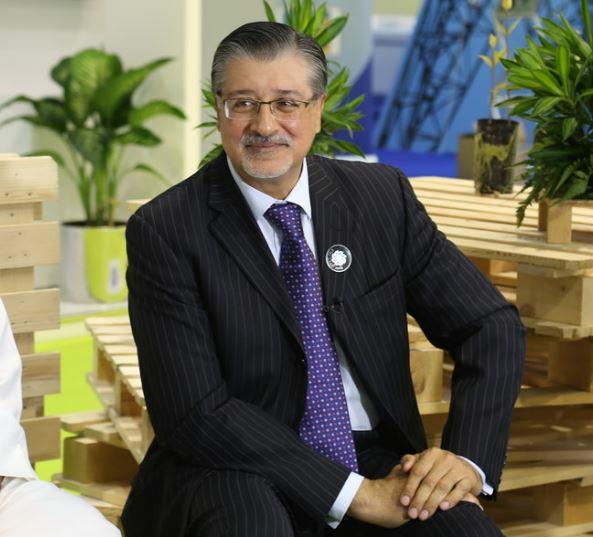 IRENA Director-General Adnan Z. Amin anticipates great success ahead for renewable energy. “Renewables are gaining ground by nearly every measure,” he said. “Accelerating the pace of the energy transition and expanding its scope beyond the power sector will not only reduce carbon emissions, it will improve lives, create jobs, achieve development goals, and ensure a cleaner and more prosperous future.“

Introducing the third and latest annual issue of IRENA’s report, “REthinking Energy,” Amin said that the falling costs of renewable energy, driven by innovations in technology and policy, is behind the rapid spread of renewables and an accompanying host of socioeconomic benefits.

“As we advance deeper into a new energy paradigm, we need to pick-up the pace of our decarbonization efforts. Policies and regulations continue to remain crucial to this end and to develop the renewables market,” explained Amin. “We are seeing more and more countries hold auctions to deploy renewables, and as variable and distributed sources of renewables take-on a greater role, regulators have implemented changes to enable grid integration at scale.”

“Heating and cooling, and the potential of renewables for transport, are areas where future efforts are needed,” Amin said.

Of the clean energy technologies, the report finds that solar photovoltaics will grow the fastest in terms of capacity and output, and new ways to store electricity will be a game changer for growing variable renewable energy generation.

IRENA estimates that battery storage for electricity could increase from less than 1 GW today to 250 GW by 2030.

“Achieving universal electricity access by 2030, will require us to boost global power generation – nearly 60 percent of that will have to come from stand-alone and mini-grid solutions,” said Amin. “Meeting this aim with off-grid renewables depends on the right combination of policies, financing, technology and institutional capacity.“

At the World Future Energy Summit 2017, a part of Abu Dhabi Sustainability Week that aims to build the business case for renewable energy, India’s solar power industry is showcasing an unprecedented range of investment opportunities, after the Indian government’s announcement of its plans to add an additional 175 GW of renewable energy to the nation’s electricity supply by 2022.

The Indian Ministry of New and Renewable Energy plans to install 100 GW of solar power, including utility-scale and rooftop solar. The remaining capacity will include 60 GW of utility-scale wind energy, 5 GW of small hydro, and 10 GW of bioenergy.

The Vision 2030 strategy sets 9.5 GW as an “initial target” to help build the Saudi renewables sector, noting that energy consumption will triple in the next 14 years. The Saudi government confirms that it aims to achieve that target by 2023, a rapid increase from the nation’s 25 MW of installed renewable energy capacity at the end of 2015.

Saudi Arabia’s plans are supported by a comprehensive restructuring of government departments responsible for energy. Vision 2030 calls for a complete review of the country’s legal and regulatory framework to allow the private sector to buy and invest in the renewable energy sector.

“The projects that will flow from Saudi Arabia’s renewable energy plan create a landmark opportunity for technology manufacturers, developers and investors in solar energy, setting out a very real, very achievable ambition,” said Roberto de Diego Arozamena, CEO of Abdul Latif Jameel Energy, the largest GCC-based solar photovoltaic developer and one of the largest in the world.

A highlight of Abu Dhabi Sustainability Week took place on Monday with the awarding of this year’s Zayed Future Energy Prize to nine pioneers in renewable energy and sustainability.

Founded in 2008, the Zayed Future Energy Prize has lit up the world for more than 289 million people through the actions of its international community of winners.

Li Junfeng, director general of China’s National Center of Climate Strategy Research, won the Lifetime Achievement award for his commitment to the adoption of renewable energy in China.

Sonnen, the German smart home and commercial energy storage system manufacturer, was awarded the prize in the Small and Medium Enterprise category for leadership in providing battery storage solutions.

In the Non-Profit Organization category, UK-based Practical Action was recognized for its work in providing deprived communities with clean energy in Africa, Asia and Latin America.

Joining them were the winners in the Global High Schools category, five schools spanning five regions of the globe: Starehe Girls’ Center, Kenya for the Africa region; Green School Bali, Indonesia for the Asia region; Bolivia’s Unidad Educativa Sagrado Corazón 4 for the Americas; Belvedere College in Ireland for Europe; and Huonville High School, Tasmania, Australia for the Oceania region.

Dr. Sultan Ahmed Al Jaber, UAE Minister of State, took great satisfaction in announcing the winners. “The Zayed Future Energy Prize continues to honor the legacy of sustainability advocated by the UAE’s late founding father Sheikh Zayed bin Sultan Al Nahyan,” he said. “With each awards ceremony, the UAE leadership accelerates the pursuit of innovation, reinforces the significance of sustainability at the top of the global agenda, and gives opportunities and far-reaching benefits to communities around the world.“

Since the start of the Zayed Future Energy Prize awards, over 25 million people in Africa and Asia have been provided with access to modern, clean energy, off-setting more than one billion tons of carbon emissions, and ensuring that 17 million school age children can study at night using innovative solar-powered utilities.

Chair of the Zayed Future Energy Prize Jury Ólafur Ragnar Grímsson, former president of the Republic of Iceland, said, “Through the sustainable actions of its winners, the Zayed Future Energy Prize is a model example for how far the world has come in the last nine years. It is extraordinary that, through the impact of each winner and the lives they continue to improve, we now see a growing strength in being able to deliver a sustainable future.“