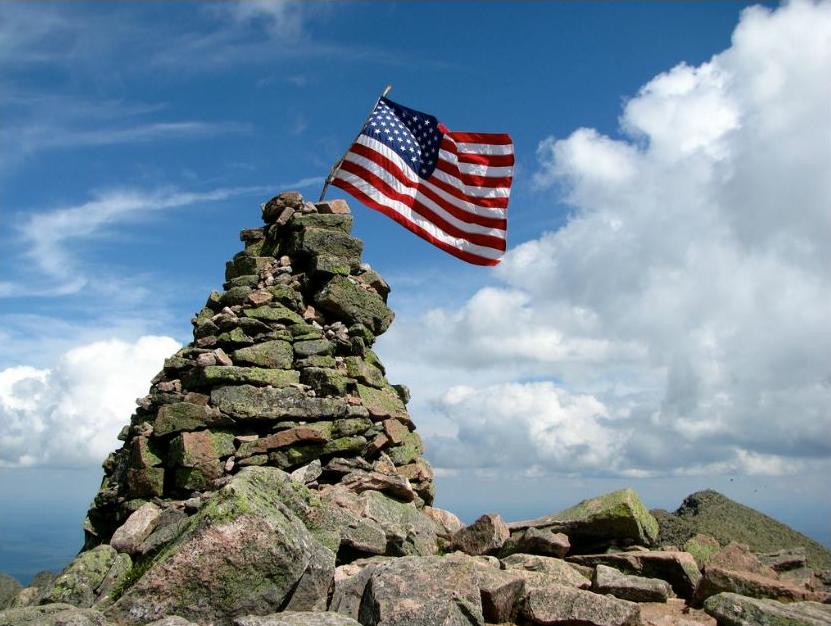 The new National Monument takes in the East Branch of the Penobscot River and its tributaries, one of the most pristine watersheds in the entire Northeast.

The President’s use of the Antiquities Act to make this designation permanently protects 87,500 acres of land donated to the National Park Service earlier this week by the Elliottsville Plantation, Inc. (EPI), philanthropist Roxanne Quimby’s foundation.

EPI is the nonprofit foundation established by Quimby and run by her son Lucas St. Clair. Their gift of land is accompanied by an endowment of $20 million to supplement federal funds for initial park operational needs and infrastructure development at the new monument, and a pledge of another $20 million in future philanthropic support.

Quimby is an American artist and businesswoman who co-founded the Burt’s Bees personal care products company with beekeeper Burt Shavitz.

Quimby purchased the lands with her Burt’s Bees wealth and developed the idea of giving the lands to the American people as part of the National Park System.

Acadia attracted nearly three million visitors last year and brought in an estimated $247.9 million for communities in the area. Originally designated by President Woodrow Wilson in 1916, Acadia was the ninth most visited park in America in 2015.

Quimby’s son Lucas St. Clair, raised in Maine and dedicated to preserving the landscape and access for recreational activities, and a small EPI staff, have been operating the lands as a recreation area for several years.

“By setting aside nearly 87,500 acres of public lands, the President is ensuring that Maine’s magnificent forests, mountains, and waterways will continue to be rich in biodiversity and safeguard these ecosystems,” said O’Mara. “Wildlife in the region like moose, lynx, and loons are also big winners as they will now receive critical new protections that will ensure their long term survival.“

“The new Katahdin Woods and Waters National Monument is a fabulous gift to the people of Maine and to the nation,” she said. “This area of northern Maine contains a stunningly beautiful collection of mountains, forests, waters and wildlife. The Natural Resources Council of Maine is proud to have been part of this effort.”

National parks bring dollars into the hands of local communities, helping to create prosperity, and the new monument is expected to bring many new jobs to the Katahdin region, now suffering the collapse of the paper industry.

Nevertheless, monument critic Maine Governor Paul LePage, a Republican, said in a statement, “That’s one way to get out of paying taxes to the state of Maine. It’s also an ego play for Roxanne Quimby and [U.S. Senator for Maine] Angus King.“

“It’s sad that rich, out-of-state liberals can team up with President Obama to force a national monument on rural Mainers who do not want it,” LePage told the “Bangor Daily News.”

National Park Service staff will hold a series of public listening sessions throughout the Katahdin region starting the week of September 12 to begin work on the management plan that will be developed during the first three years.

Details of the listening sessions, including dates and locations, will be shared with local newspapers and posted to the monument’s website.

The approximately $100 million total gift to the American people from the EPI, was facilitated by the National Park Foundation as part of its Centennial Campaign for America’s National Parks.

“This extraordinary gift sets the stage for a strong and vibrant second century for America’s national parks,” said Will Shafroth, president of the National Park Foundation. “Through their vision and generosity, Ms. Quimby and her family are carrying on the philanthropic tradition from which the national parks were born 100 years ago, and which helped create Grand Teton, Acadia and Virgin Islands National Parks.“

With today’s designation, President Obama has used the Antiquities Act to establish or expand 25 national monuments. He has permanently protected more than 265 million acres of America’s public lands and waters – more than any other president in history.

In his weekly address to the nation last Friday, he said, “…the threat of climate change means that protecting our public lands and waters is more important than ever. Rising temperatures could mean no more glaciers in Glacier National Park. No more Joshua Trees in Joshua Tree National Park. Rising seas could destroy vital ecosystems in the Everglades, even threaten Ellis Island and the Statue of Liberty.“

“So in the coming years and decades, we have to have the foresight, and the faith in our future, to do what it takes to protect our parks and protect our planet for generations to come,” said the President. “Because these parks belong to all of us. And they’re worth celebrating – not just this year, but every year.“

Obama quoted his presidential predecessor President Franklin Delano Roosevelt, a Democrat, who said, “There is nothing so American as our national parks … the fundamental idea behind the parks … is that the country belongs to the people.”

So that, “...you and your family can experience these sacred places, too,” Obama encouraged everyone to take part in a new campaign he supports called Find Your Park.

“National parks reflect the innovative spirit of America, because after all, they embody one of our nation’s most revolutionary ideas – that some of the most beautiful landscapes, iconic historic sites and culturally significant places should belong to every American,” said Jarvis.

This weekend, U.S. Secretary of the Interior Sally Jewell will visit the national monument lands in Penobscot County, to celebrate the designation with state and local officials and members of the public. National Park Service staff will be on site to assist with the first steps to open the park.

“As the National Park Service begins a second century of conservation this week, the President’s designation of Katahdin Woods and Waters National Monument serves as an inspiration to reflect on America’s iconic landscapes and historical and cultural treasures,” said Jewell.

“Through this incredibly generous private gift for conservation,” Jewell rejoiced, “these lands will remain accessible to current and future generations of Americans, ensuring the rich history of Mainers’ hunting, fishing and recreation heritage will forever be preserved.“