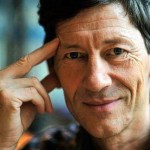 Von Unruh’s new enterprise builds on a solid track record of social entrepreneurship. Three years ago the Ashoka Fellow founded BV INSO (the German Association for New Opportunities for People in Bankruptcy), a nonprofit that offers advice and personal support to entrepreneurs in crisis. So far, BV INSO has helped over 8,000 people both before and during bankruptcy.

The overwhelming success of these services led to increasing demand for individual counseling, and, because counseling isn’t funded by donations or membership fees, von Unruh saw a business opportunity. With financing from FASE, he founded the for-profit turnaround consultancy firm, Von Unruh &amp; Team, to offer advice and support for entrepreneurs, self-employed businesspeople and freelancers who find themselves in business crisis or threatened by bankruptcy. Its main goals are preventing business failures through early consultation and providing assistance to restart businesses after bankruptcy.

The founder describes his approach as follows: “We offer eye-level crisis and turnaround advice, with a focus on the person and the creative power of the entrepreneur. Our specially-trained consultants have their own crisis experience, and our clients are usually supported right up until their personal and entrepreneurial comeback. With this approach, von Unruh &amp; Team actively and effectively creates a ‘second chance’ culture.”

His approach; preventing the insolvency of small and medium-sized enterprises with advice from entrepreneurs who have their own experience of crisis; is unique in Germany and beyond. The company von Unruh; Team works as a social enterprise subject to market conditions. Any profit generated is invested in the further expansion of the business or donated to the organization’s nonprofit regional support groups, BV INSO and von Unruh’s other nonprofit, the Stiftung Finanzverstand (the Financial Literacy Foundation). This income supports projects to develop the consultants’ financial expertise.

While von Unruh’s not-for-profits are funded by membership fees and private donations, private seed capital,in the form of impact investments, was raised for the establishment of the new private consultancy firm.

For the first financing round, FASE developed a financing model on the basis of a conditional revenue sharing agreement to meet the needs of social enterprises. Two investors were then selected from the recently established Ashoka Angels Network to provide seed capital for the development and expansion of von Unruh’s business. Both strongly believed in the scalability and social impact of the business model as well as the personal integrity of the entrepreneur. This entrepreneurial solution to the social challenge was crucial for von Unruh, who wanted to attract investors who would personally act as the company’s Social Business Angels.

FASE developed the financing structure to accommodate the accounts of the business model by giving the social entrepreneur flexibility, but still giving the investors a fair share in the success of the business. This conditional profit participation agreement involves investors with a predefined share of up to a predetermined amount of the company’s revenues.

This form of revenue sharing leads to very flexible financing costs for a social enterprise, especially in the initial stages. The limitation of payments and very flexible repayment options, as well as increased sales, will keep valuable liquidity in the company which can be invested in the expansion of business activities. The social mission and the scaling of the business model are substantially supported by the chosen financial instrument.

The international legal consulting firm Hogan Lovells accompanied this transaction as a pro-bono consultant. Key aspects and components of the financing contract are available as an open source document from the FASE website for adaptation by other social enterprises and social investors.

About the authors: Ellinor Dienst started the Financing Agency for Social Entrepreneurship together with Dr Markus Freiburg in February 2013. Markus studied Economics at Witten/Herdecke (Dipl’k.) and Cambridge University (M.Phil) and promoted at the WHU Koblenz on investments by institutional investors in Private-Equity-Funds (Dr. rer. pol.). Markus has over seven years&rsquo; experience as a management consultant with McKinsey &amp; Company, where he spent more than four years doing pro-bono consulting for social entrepreneurs. Ellinor studied in Lausanne and Oxford University, completing a degree in Hotel &amp; Restaurant management. After a career in marketing for luxury goods, she worked as an independent marketing and fundraising consultant for social enterprises in Germany.

About Ashoka and the Social Business Angel Network: Ashoka is the world’s first and leading organization for the promotion of social entrepreneurship. It is supported by an international circle of successful entrepreneurs and leaders who also support Ashoka Fellows as mentors. Many of these sponsors are also interested in financing social enterprises through direct investment and acting as Social Business Angels: so the. Ashoka Angels Network was founded. Based on their personal investment preferences, the members of this “investment club” are regularly informed by the FASE of investment opportunities from the Ashoka environment and beyond, with outstanding social impact.

Learn more about Ashoka and FASE.