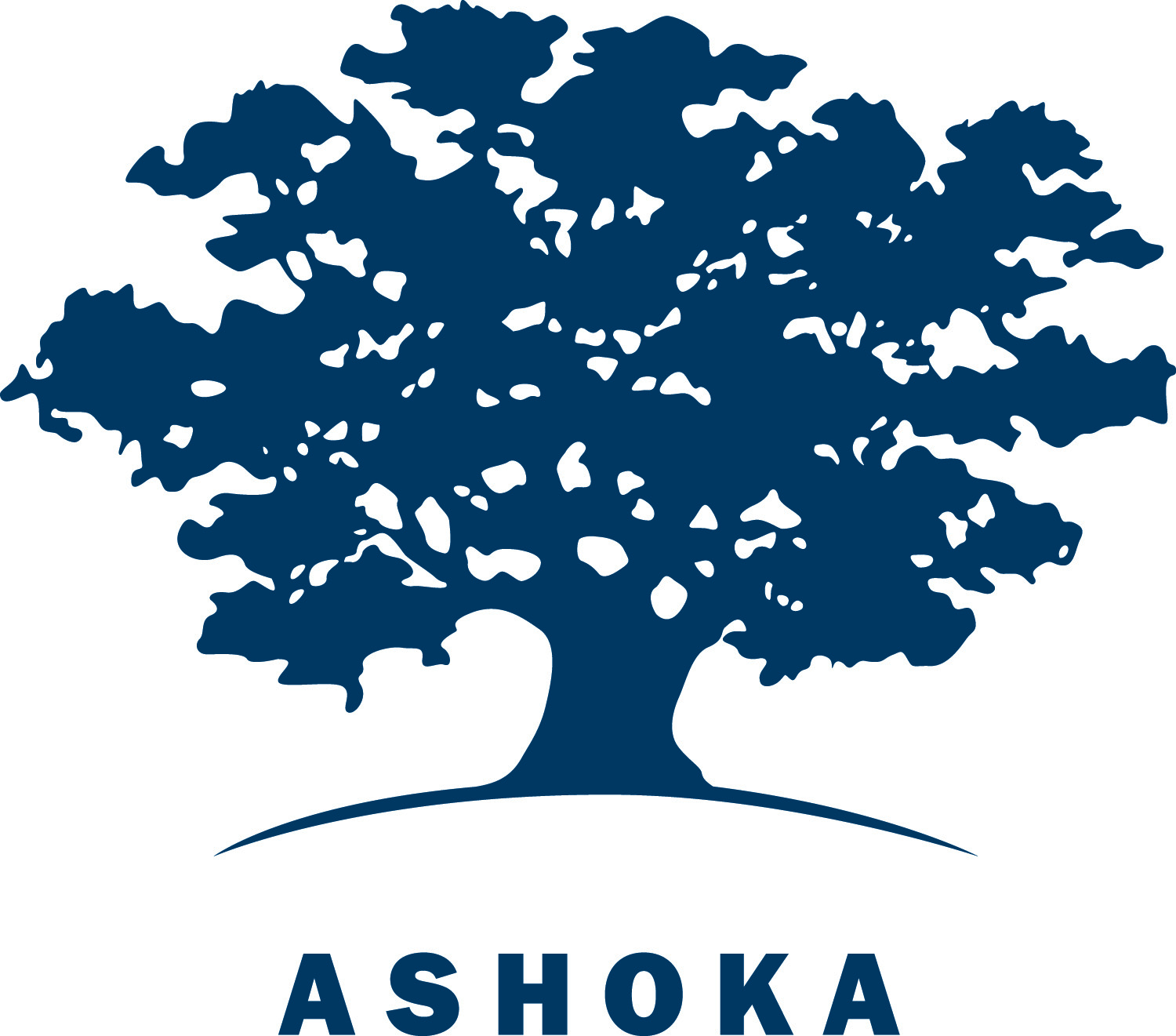 ARLINGTON, Virginia, June 16, 2016 (Maximpact.com News) – Ashoka, the world’s largest network of social entrepreneurs, has been recognized as the winner of the Human Capital Management category in FinancialForce’s 360 Customer Excellence Awards this year.

Known formally as Ashoka Innovators for the Public, nearly 3,000 Ashoka Fellows in over 70 countries are putting their system-changing ideas into practice on a global scale.

Ashoka Fellows are social entrepreneurs who have innovative solutions to social problems and the potential to change patterns across society.

Founded by Bill Drayton in 1980, Ashoka has provided start-up financing, professional support services, and connections to a global network across the business and social sectors, and a platform for people dedicated to changing the world.

Ashoka takes credit for launching the entire field of social entrepreneurship and has activated multi-sector partners throughout the world to look at new ideas to solve social problems.

The Human Capital Management (HCM) category of these awards recognizes FinancialForce customers, such as Ashoka, who have demonstrated innovation and success in human capital management, including onboarding, recruiting, benefits management, records management, talent management, and driving employee engagement while leveraging the power of FinancialForce HCM and the Salesforce Platform.

Based in San Francisco with offices in Canada and Europe, FinancialForce works to upgrade the world of back-office applications by building new “customer-centric” business applications that help companies generate profitable growth.

Human Capital Management is an approach to employee staffing that perceives people as assets, or human capital, whose current value can be measured and whose future value can be enhanced through investment.

Human Capital Management is central to FinancialForce, because people are the company’s core value.

Jeremy Roche FinancialForce CEO and one of the Customer Excellence Awards judges, said, “When we launched FinancialForce.com in 2009 we had big dreams of becoming a top player in the enterprise cloud application space. Those dreams have become reality and we’ve done it as a team every step of the way. I have never been part of a more creative, collaborative, and spirited team that can make the long, hard days seem easy.“

Ashoka received the same award in 2014.

“Ashoka is known globally as an innovative leader in the field of social entrepreneurship and social change,” said Ashoka President Diana Wells.

“This award is recognition that our internal innovations and systems are also leading the way,” said Wells. “We are grateful to FinancialForce for this award.”

Ashoka was honored on May 11 at Community Live in Las Vegas, FinancialForce’s fourth annual and largest customer conference to date. The awards recognized outstanding customer achievements across all FinancialForce solution lines.

“Congratulations to Ashoka and all of this year’s 360 Customer Excellence Award winners and finalists,” said Adrian Ivanov, chief customer officer at FinancialForce. “Hearing the big picture visions and successful implementation stories from customers worldwide throughout the awards process has been inspiring.“

The judges selected Ashoka for its success metrics with FinancialForce HCM, profiled in several case studies.

First, Nucleus Research, an investigative research firm, calculated that Ashoka realized nearly 250 percent return on its investment with FinancialForce from 2013-2015.

Operations Director for Global Talent at Ashoka, Asha Aravindakshan, was a presenter at Community Live in the HCM Customer Showcase: Learn, Share, Exchange Best Practices. She also participated in the inaugural meeting of the FinancialForce HCM Customer Advisory Board.

The stories of a few of the Ashoka Fellows demonstrate the nature and scope of the organization’s work.

In Nicaragua, Ashoka Fellow Sarah Otterstrom works with the organization Paso Pacifico. Collaborating with the government, private and citizen sectors, she is involving the citizen sector in conserving Nicaragua’s biologically diverse dry tropical forest. She has adapted the concept of environmental corridors so it continues to support biodiversity, and also integrates human thriving as a part of ecosystem health.

In India, Ravi Agarwal works with the group Srishto Toxics Link. He is changing the urban waste management system in India by involving local communities and the informal sector of rag pickers in waste disposal, and by advocating for a cleaner materials policy in industry.

In Nepal, Ashoka Fellow Megh Ale works with the Nepal River Conservation Trust transforming the way people understand the value and economic potential of Nepal’s rivers. Ale is saving the rivers of Nepal through ecotourism, conservation, and cleanup. He and other like-minded river guides are creating a new standard for eco-tourism in Nepal that protects and advocates for Nepal’s river ecosystems

Now, seven years after it was founded, Ashoka’s mission has evolved beyond catalyzing individual entrepreneurs to enabling an “everyone a changemaker” world. This means “equipping more people, including young people, with the skill set and a connection to purpose so that they can contribute ideas and effectively solve problems at whatever scale is needed in their family, community, city, workplace, field, industry, country.“

Drayton, Ashoka founder and CEO, says, “Social entrepreneurs are not content just to give a fish, or teach how to fish. They will not rest until they have revolutionized the fishing industry.” 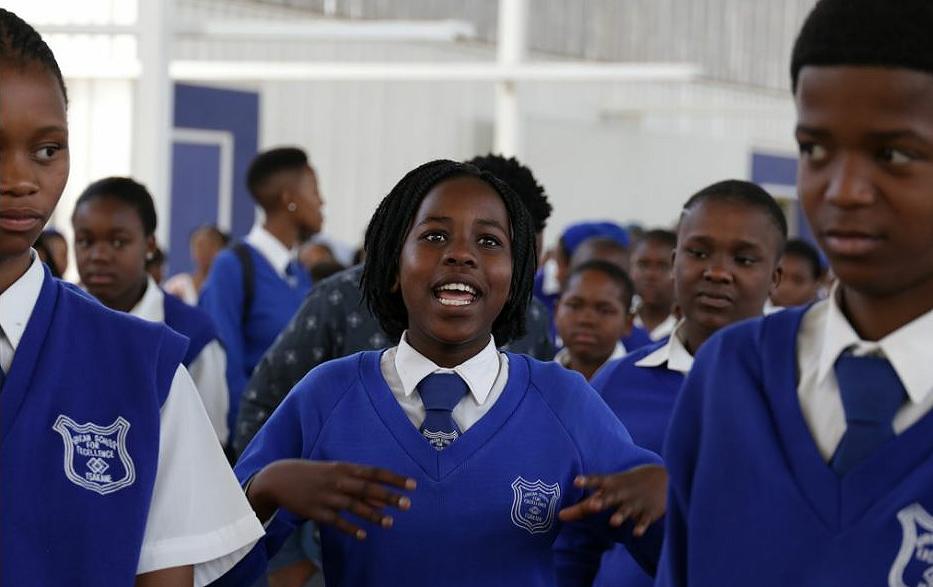 During the first five-day storytelling workshop at the African School of Excellence in Johannesburg, South Africa, students learned the basic skills of script writing, storyboarding, video making, vlogging, and video interviewing to be able to tell the changemaker stories of their school and their community. (Photo by lettera27) www.lettera27.org Creative Commons License via flickr