An Atlas of Sci-Art Water Diplomacy 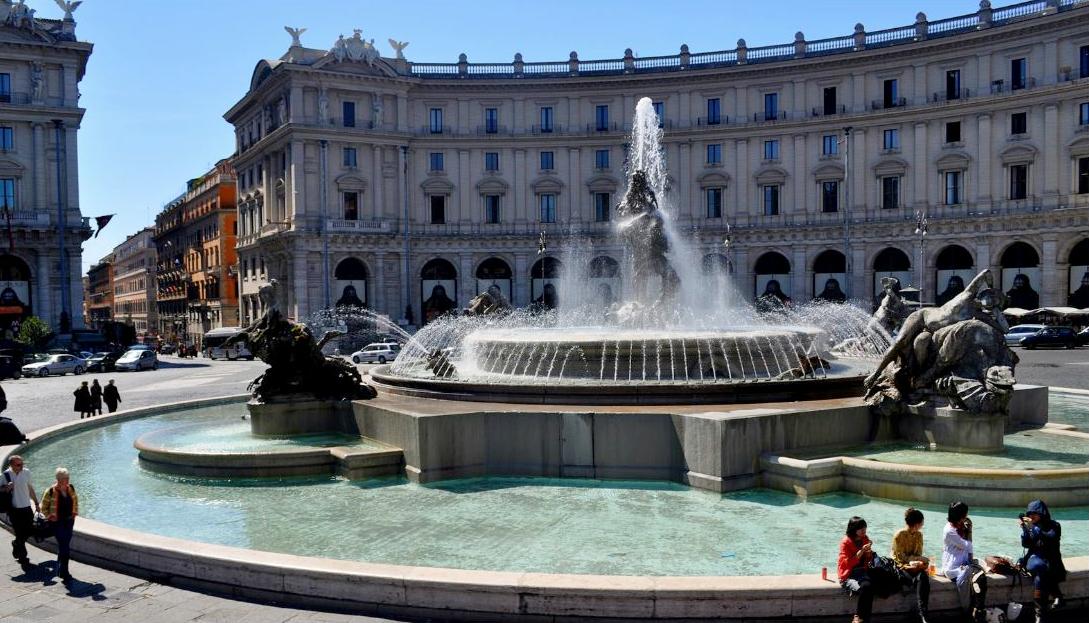 Fountain of the Naiads at Piazza della Repubblica, Rome, Italy. This was originally the fountain of the Acqua Pia, connected to the aqua Marcia aqueduct, commissioned at this site by Pope Pius IX in 1870. (Photo by David McKelvey) Creative Commons license via Flickr

BRUSSELS, Belgium, May 9, 2017 (Maximpact.com News) – No longer is it true that water is a free and infinite resource as people once believed. Today conservation is essential as one in every 10 people across the European Union experiences water scarcity, according to the European Commission.

In an effort to manage water wisely so that everyone in the EU, and especially city dwellers, will have enough, the Commission has just published the first “Urban Water Atlas for Europe.“

The atlas shows how different water management choices, and other factors such as food preferences, waste management and climate change affect the long-term sustainability of water use in cities.

Detailed factsheets in the Urban Water Atlas for Europe present the state of water management in more than 40 European cities and regions together with several overseas examples.

“To foster innovative water management and its public acceptance, scientific and technological knowledge must be accessible for all. The ‘Urban Water Atlas for Europe’ presents scientific and technical information in an intuitive and creative way, making it easy for everyone to understand what is at stake and act accordingly,” he said.

The atlas was presented on April 27 during the meeting of ministers in charge of water management from the 43 members of the Union for the Mediterranean, hosted by the Maltese Government in Valetta.

The publication a result of the BlueSCities project, funded by Horizon 2020, the EU research and innovation program.

In its introduction, the Urban Water Atlas for Europe reveals the pioneering concept on which it is founded – Sci-Art Water Diplomacy.

This concept first appeared in a pilot scheme in Jordan which led to the exhibition “Science and Art in Water – Water through the eyes of Jordanian children,” organized under the auspices of the Jordanian Minister for Education by the European Commission’s Joint Research Centre and the partners of the Horizon 2020 Project, BlueSCities.

Schoolchildren from different countries were encouraged to consider the water problems facing their region and to describe their personal feelings through drawings. The children’s thought-provoking, yet innocent images called on society to progress

The colorful results of this exercise laid the philosophical basis for the Urban Water Atlas for Europe.

“This is another great example of how the JRC helps to deliver solutions to the challenges facing Europe’s citizens and the spaces they live in,” Navracsics said.

On the scientific side, there are two online tools linked with the atlas that can help cities manage water more sustainably.

The City Blueprint is an interactive tool to support strategic decision-making by making it easy to access and understand the results of studies and expert knowledge.

The City Blueprint given for each city is a composite index that displays 25 indicators related to water, waste and climate change in one infographic, summarizing at a glance how well a city currently manages its water resources.

This tool gives an overview of a city’s strong and weak points, and provides tailor-made options for making urban water services more sustainable.

This information is important to help identify priorities for further action and investment, but also to visualize strengths and weaknesses. The Blue City Index is the overall score based on these 25 indicators.

The City Amberprint is a tool for assessing a city’s progress towards becoming smart and sustainable.

Karmenu Vella, commissioner for Environment, Maritime Affairs and Fisheries, said, “Water is an irreplaceable resource for society, but it is only renewable if well managed.”

He emphasized the critial role of cities, saying, “Home to three out of four EU citizens, cities have no other choice but to become water-wise, and better manage this precious resource. A strong water policy is also essential for delivering on Agenda 2030 for Sustainable Development both in the EU and internationally.”

The atlas also presents the Urban Water Footprint of European cities, a measure of domestic water use as well as water use embodied in agricultural products consumed.

This measure aims to raise awareness of the large amount of water used to produce food and the variation in water needs among different diets. The atlas shows that healthier diets and lower meat diets could save as much as 40 percent of the water currently used to produce food.

The atlas also aims to encourage citizens to take an interest and get involved in water issues by combining the work of scientists, artists, politicians and municipal stakeholders with that of schoolchildren and teachers.

Some of the key messages in the atlas are, “Engage in true citizen engagement, employing a participatory and open approach,” and “create a legacy and a true connection between generations, from the youngest to the oldest citizens.”

The Urban Water Atlas stems from a collaboration of the Joint Research Centre with Fundació CTM Centre Tecnològic, the KWR Watercycle Research Institute, the (EIP) European Innovation Partnership on Water, and the Network for Water in European Regions and Cities, NETWERC H2O.

It follows a long tradition of other atlases produced by the Joint Research Centre, including those on soils and soil management across the globe and the European Atlas of Forest Tree Species.

Maximpact’s consultant network has a wide range of water experts that can help your organization with water related projects. Contact us at info(@)maximpact.com and tell us what you need.