Bioenergy with carbon capture and storage, or BECCS, has emerged as a promising negative emissions technology for reversing the past 200 years of carbon emissions and cooling Earth’s rising temperature  without jeopardizing sustainable development goals such as achieving water security.

Even though they have yet to be demonstrated at a commercial scale, negative emissions technologies, typically BECCS, are now included by climate scientists who want to show how the world can achieve the internationally agreed limit of staying well below 2° C of global warming since the pre-industrial era that is the goal of the Paris Agreement.

In fact, without deploying BECCS at a global scale from mid-century onwards, most climate modellers think humanity will likely breach the 2° C limit by the end of this century.

The idea behind BECCS is to cultivate fast-growing grasses and trees that will suck the greenhouse gas carbon dioxide (CO2) right out of the atmosphere, then harvest them to burn for energy, known as bioenergy because it’s derived from biomass.

Then, instead of releasing the resulting CO2 into the atmosphere, the power plants would capture it and pump it underground for storage – a technique known as bioenergy with carbon capture and storage.

That gets rid of heat-trapping CO2, but growing large-scale bioenergy plantations worldwide would require lots of land and also plenty of freshwater for irrigation, a need that can put a great deal of pressure on local water sources.

The scientists calculated in their most detailed computer simulations to date how much additional water stress could result for people worldwide in a two scenarios – one  of conventional irrigation and one of sustainable freshwater use.

They found that “Irrigation of biomass plantations may globally increase water stress more than climate change,” a discovery that became the title of their research paper published in the journal  “Nature Climate Change.” <https://www.nature.com/articles/s41467-021-21640-3> 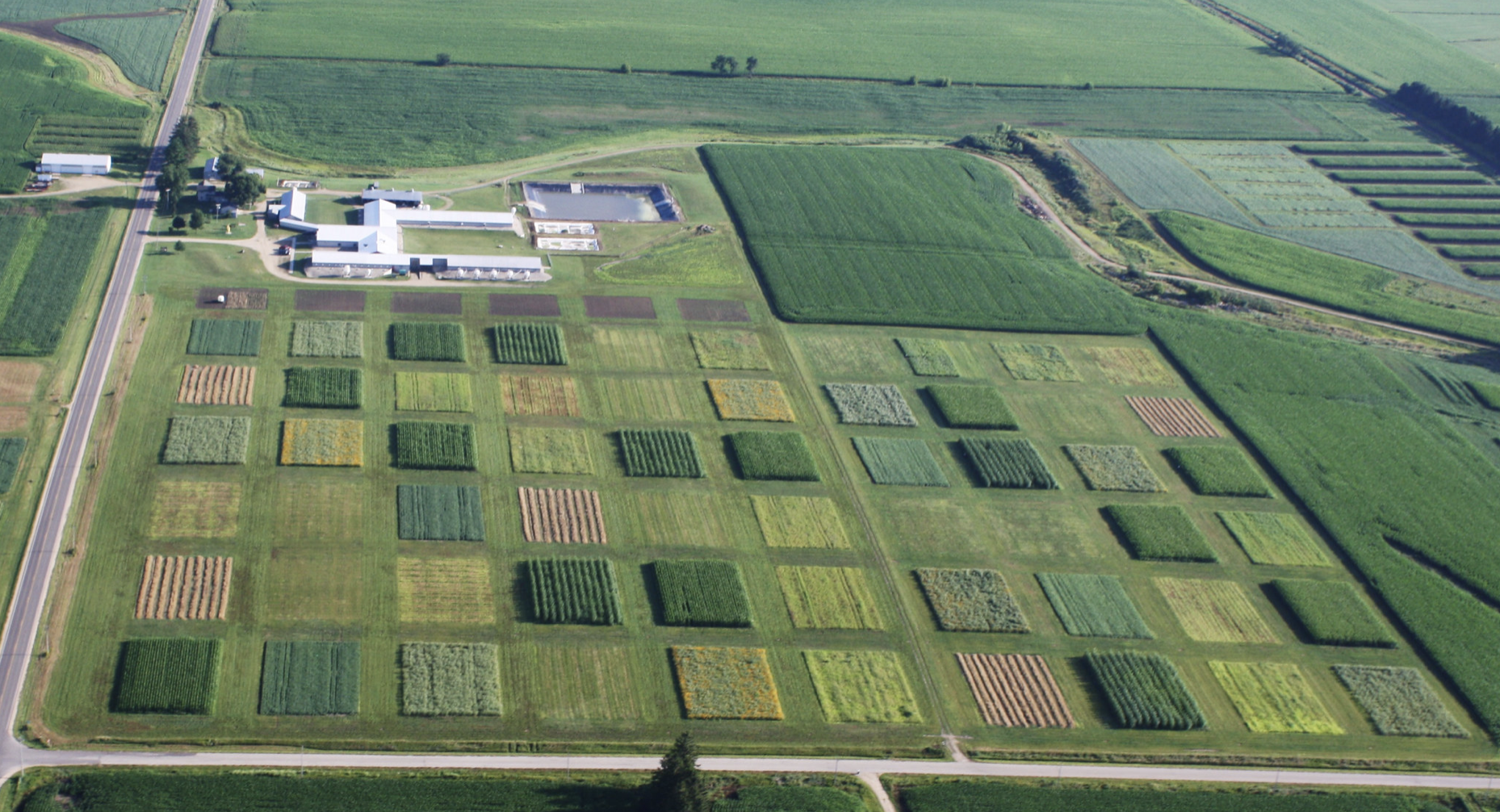 “Irrigation of future biomass plantations for energy production without sustainable water management, combined with population growth, could double both the global area and the number of people experiencing severe water stress by the end of the century, according to our computer simulations,” says lead author Fabian Stenzel from the Potsdam Institute for Climate Impact Research.

“Sustainable water management means both political regulation – such as pricing or water allocation schemes – to reduce the amounts of water taken from rivers as well as on-farm improvements to make more efficient use of the water,” says co-author Sylvia Tramberend from the International Institute for Applied Systems Analysis.

On the farm, this could include cisterns for rainwater collection or mulching to reduce evaporation.

“Moreover, sustainable water management includes the preservation of reliable river flows to ensure undisturbed ecosystems in and alongside rivers,” Tramberend said. “Up- and downstream river management may in fact require international cooperation calling for more transboundary river management as well as between different water users – that’s the challenge ahead for integrated water resource management.”

Unlimited global warming together with population growth would increase the number of people under water stress by about 80 percent, the simulations show.

“According to existing scenarios, biomass plantations could increase by up to six million square kilometers if global warming is to be limited to 1.5 degrees Celsius by the end of the century, the more ambitious of the two temperature targets of the Paris Agreement,” says the PIK study’s co-author Dieter Gerten.

“While substantial irrigation implied in a bioenergy plus carbon capture and storage scenario, including population growth suggests a 100 percent increase in the number of people facing water stress, combining it with sustainable water management brings the number down to 60 percent. This, of course, is still an increase, so challenging tradeoffs are on the table,” Gerten said. 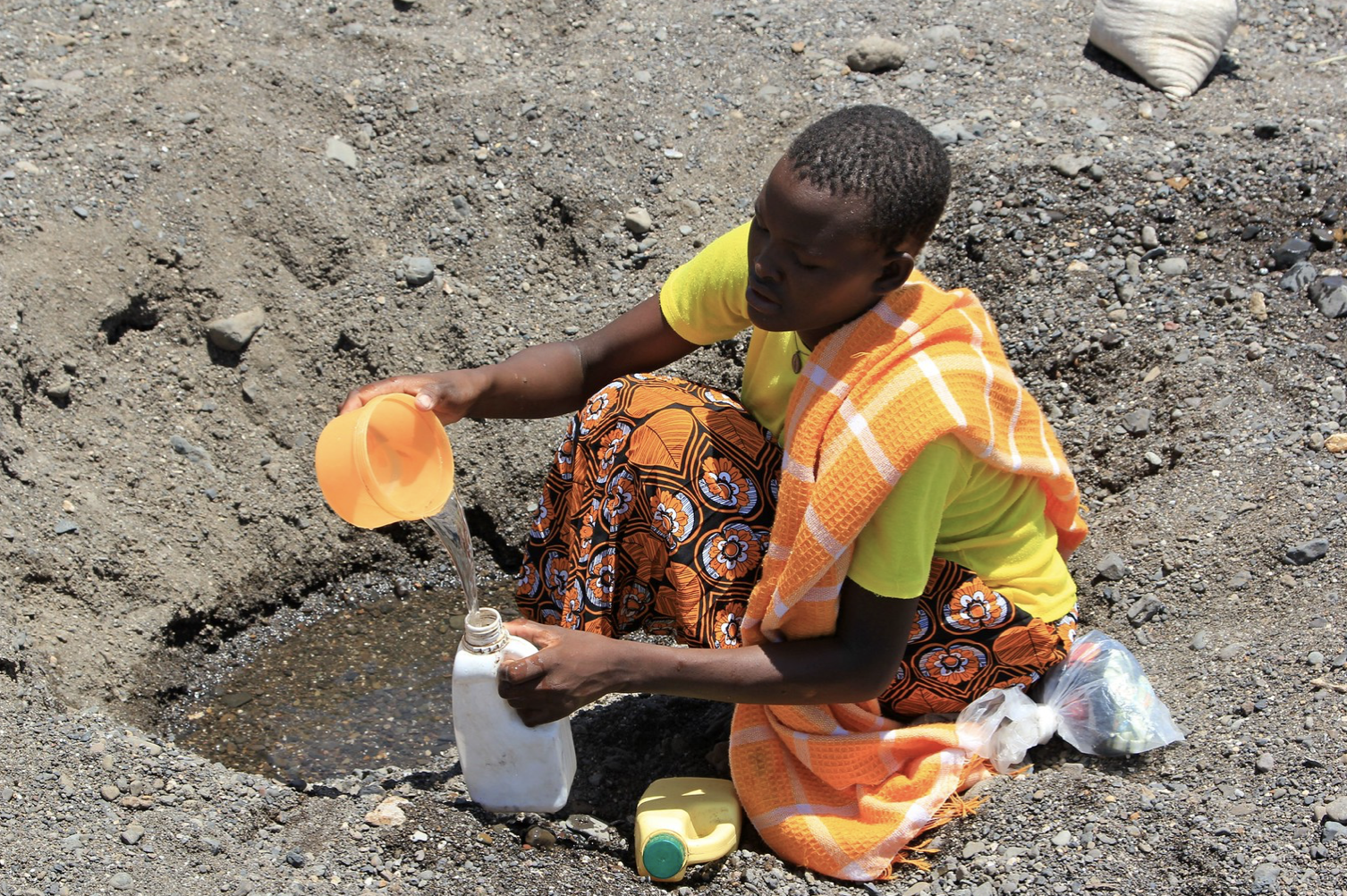 A woman scoops water in a dry riverbed near Kataboi village in remote Turkana in northern Kenya. (Photo by Water Alternatives) Creative Commons license via Flickr

Regions that already suffer from water stress today would be most affected in the climate change scenario, regions like the Mediterranean, the Middle East, northeastern China, South-East and southern West Africa.

“This new study confirms that measures currently considered to stabilize our climate, in this case bioenergy plus CCS, must take into account a number of further dimensions of our Earth system – water cycles are one of them,” Lucht said.

Risks and tradeoffs must be carefully considered before launching large-scale policies that establish biomass markets and infrastructure, Lucht advised, saying, “The integrity of our biosphere must be acknowledged to protect a safe operating space for humanity.”