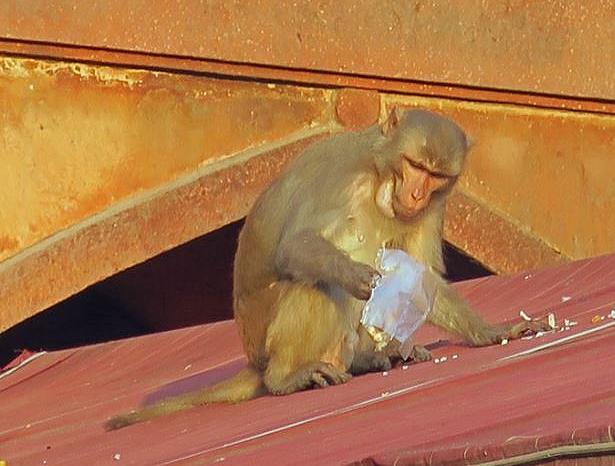 Monkey investigates plastic trash on the roof of a hut near the Taj Mahal, Agra, India, February 18, 2017 (Photo by Malcolm Payne) Creative Commons license via Flickr

For World Environment Day, the government of India says it will be cleaning up 100 of its historic monuments, including the world-famous Taj Mahal.

Each World Environment Day is organized around a theme that focuses attention on a pressing environmental concern. The theme for 2018, “Beat Plastic Pollution,” is a call to action, and it invites everyone to consider how we can make changes in our lives to reduce the heavy burden of plastic pollution on our natural places, our oceans, our wildlife, and our own health.

While plastic has many valuable uses, we have become over-reliant on single-use or disposable plastic, with severe environmental consequences, says UN Sectretary-General António Guterres.

“Our world is swamped by harmful plastic waste,” Guterres said. “Every year, more than eight million tonnes end up in the oceans. Microplastics in the seas now outnumber stars in our galaxy. From remote islands to the Arctic, nowhere is untouched. If present trends continue, by 2050 our oceans will have more plastic than fish.”

“On World Environment Day, the message is simple: reject single-use plastic. Refuse what you can’t re-use,” the secretary-general said. “Together, we can chart a path to a cleaner, greener world.” 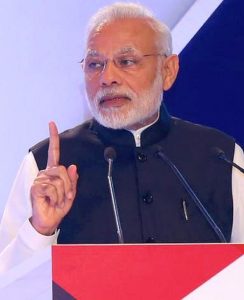 Urging all stakeholders at both national and international levels to work towards betterment of the environment, India’s Minister for Environment, Forest and Climate Change Dr. Harsh Vardhan said that to India “Beat Plastic Pollution” is more than a slogan – India means business about it.

Delivering the inaugural address of the State Environment Ministers Conference Monday in the run-up to World Environment Day, Dr. Vardhan said that environmental protection is not merely a technical, but a moral issue.

He pointed out that India generates 25,000 tonnes of plastic waste every day. In India, 70 percent of total plastic consumption is discarded as waste.

Humans have created 8.3 billion metric tonnes of plastics since large-scale production of the synthetic materials began in the early 1950s, and most of it now resides in landfills or the natural environment, according to a 2017 study by scientists at American universities led by the University of Georgia.

By 2015, human beings had generated 8.3 billion metric tons of plastics, 6.3 billion tons of which had already become waste. Of that, only nine percent was recycled, 12 percent was incinerated and 79 percent accumulated in landfills or the natural environment.

If current trends continue, roughly 12 billion metric tonnes of plastic waste will be in landfills or the natural environment by 2050, the scientists estimate.

Speaking to the state environment mininsters, Vardhan asserted that there is no waste which cannot be transformed into wealth. He gave the example of a plant in the city of Kashipur, where 10 tonnes of biomass has been converted into 3,000 liters of ethanol.

The environment minister called on the developed world to provide technology, funds and research results to solve this environmental problem.

He asked the state environment mininsters to inspire people to take up Green Good Deeds and build small, social movements.

“If every Indian adopts one Green Good Deed per day, a revolutionary change can be brought about in the nation,” Vardhan urged.

In his address, Minister of State Dr. Mahesh Sharma recalled the Gandhian thought “Cleanliness is Godliness,” and identified this as the spirit behind the theme of “Beat Plastic Pollution.”

Addressing the gathering, Erik Solheim, executive director of United Nations Environment (UNEP) pointed out that in India efforts are needed not only from the government side, but also from the people.

“We need to make environment a citizen’s issue,” Solheim said.  The senior UN representative felt that universities should form rules and regulations for students to follow environmental norms. He said that UN leadership will help take Indian practices to the world.

“India has demonstrated the magnitude of what is possible when leaders, individuals and businesses come together to tackle a challenge – even one as great as plastic pollution,” said Solheim.

“The momentum for World Environment Day on June 5 is picking up,” he said, “and all across India we are witnessing exactly the kind of global leadership we need to save our planet from the rising tide of plastic pollution.”

Solheim is hopeful that humans can reverse the plastic disaster. Released today, a new report from his agency, UN Environment, finds a “surging momentum in global efforts to address plastic pollution.”

The first-of-its-kind accounting finds governments are increasing the pace of implementation and the scope of action to curb the use of single-use plastics.

“Single-use Plastics: A roadmap for Sustainability,” is a global outlook, developed in cooperation with the Indian Government and the Ministry of Environment, Forest and Climate Change. It presents case studies from more than 60 countries.

Among the recommendations are specific actions policy makers can take to improve waste management, promote eco-friendly alternatives, educate consumers, enable voluntary reduction strategies and successfully implement bans or levies on the use and sale of single-use plastics.

The report was launched in New Delhi today by Prime Minister Modi and Solheim on the occasion of World Environment Day.

“The assessment shows that action can be painless and profitable, with huge gains for people and the planet that help avert the costly downstream costs of pollution,” said Solheim. In the report’s foreword he writes, “Plastic isn’t the problem. It’s what we do with it.”

Featured Image: Wild boars and a dog root through the plastic garbage on a street in Bundi, Rajasthan, India, November 8, 2012 (Photo by Oliver Laumann) Creative Commons license via Flickr 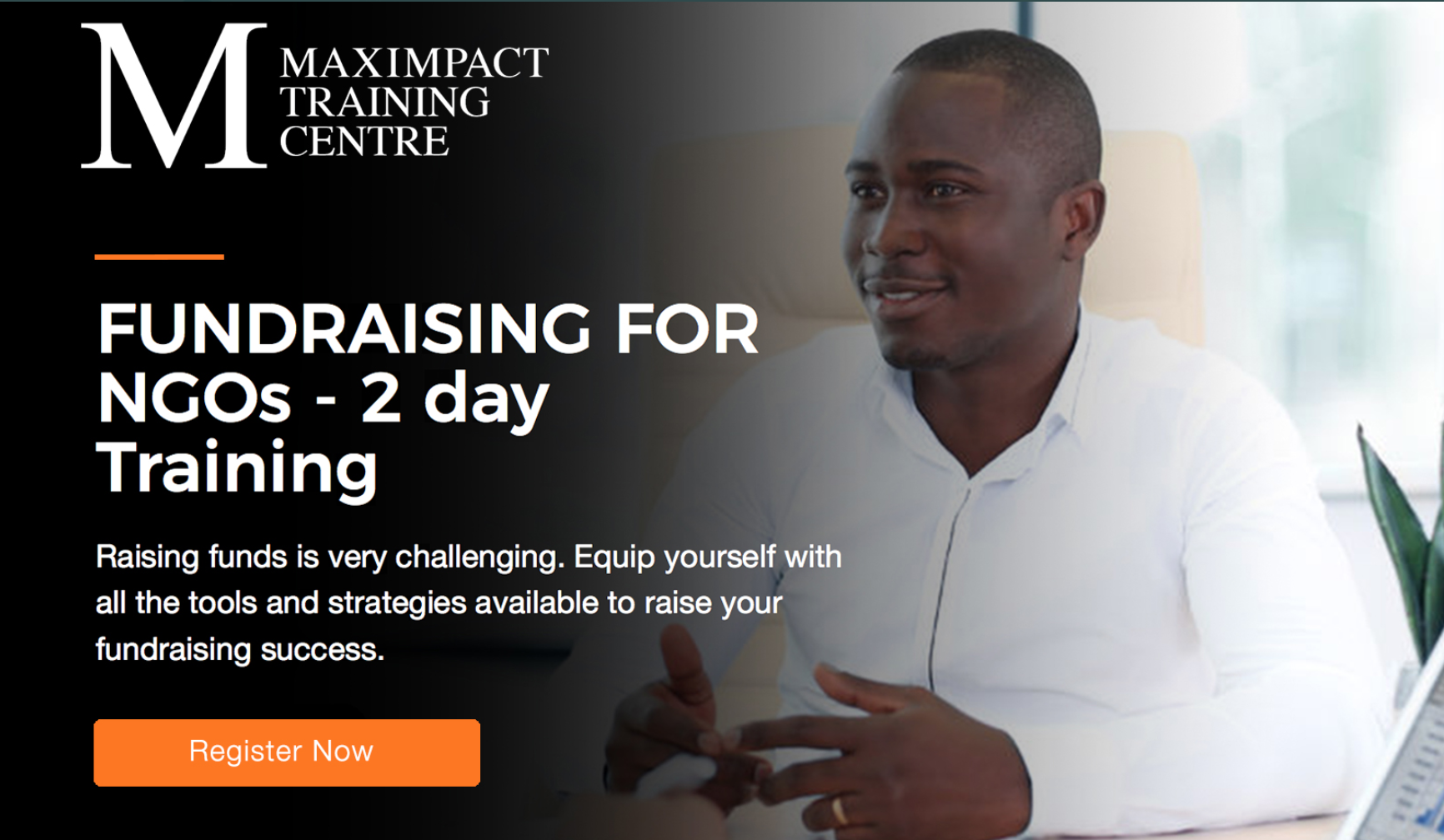