NEW YORK, New York, January 29, 2016 (Maximpact.com News) – “It’s about the toughest job any human being could be given,” says David Nabarro, the UN Secretary-General’s Special Adviser on the 2030 Agenda for Sustainable Development.

The London-born UN veteran has the job of mobilizing global efforts to achieve the 17 Sustainable Development Goals that make up the 2030 Agenda, adopted unanimously by 193 Heads of State at UN Headquarters in New York in September.

“The 17 goals represent an indivisible tapestry of thinking and action that applies in every community, everywhere in the world,” said Nabarro. “They are universal. But they’re also indivisible and that means that we really do not believe that any one goal should be separated out from the others.”

“And as you study them,” he said, “you realize that although they’re presented as individual goals, they actually represent a total and completely intertwined lattice of action that is relevant for every human being everywhere.”

Each of the 17 goals has specific targets to be achieved over the next 15 years – 169 targets in total.

Deciding how to actually achieve each goal and how to measure the potential effectiveness of funding and implementation proposals appears to be a steep mountain to climb.

For measuring progress toward its goals, UN agencies have historically relied on a target-setting process.

But now, to help Nabarro help the world achieve the Sustainable Development Goals, scientists are calling on the UN and the private sector to dispense with the target-setting approach and adopt a new method – decision analysis. 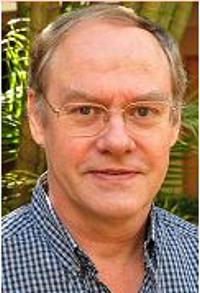 Dr. Keith Shepherd and the Land Health Decisions team at the World Agroforestry Centre proposed the use of decision analysis concepts and tools in a September 2015 article in the journal “Nature.”

Shepherd says, “The target setting approach is widely seen as ineffective or counter-productive,” says Shepherd, a soil scientist, who also leads the Information Systems Strategic Research in the Consultative Group for International Agricultural Research Program on Water, Land and Ecosystems.

This research focuses on decision engagement and analytics using holistic cost-benefit analysis of stakeholder intervention decisions with emphasis on quantifying uncertainty and risks to focus on information needs that have high economic value.

Targeting emphasizes meeting a target rather than learning how to improve performance and solve a problem, Shepherd explains, adding that target setting can incentivize mis-reporting information in order to meet the target.

“And last but not least,” maintains Shepherd, “it’s an incredibly expensive endeavor to monitor and collect data.”

Shepherd says decision analysis will help avoid spending precious funds on another round of target setting and monitoring.

An analysis of more than 80 models from a variety of decisions and industries reveals that “managers tend to choose to measure variables that are unlikely to improve decisions while ignoring more useful ones,” Shepherd says.

“In a way it’s like putting up a whole new learning system rather then setting up a group of targets,” says Shepherd. “Using decision analysis is about supporting people to make better decisions and better choices. We need to work on gathering the right information needed to improve decision making on the ground. We have the tools to do that now.”

In the “Nature” article, Shepherd and his colleagues propose replacing targets with measures of return on investment.

With limited development dollars, decision makers should understand how to maximize the impact of investments, they write. “We should be asking and answering questions such as, ‘were the environmental benefits and reduction of poverty enough to justify the allocation of limited funds?'”

Decision makers should be using economic models that project long-term costs, benefits and risks of intervention options and help choose the best combination of interventions for achieving the desired set of development goals.

Decision analysis uses “value-of-information” analyses that determine how much decision-makers should be willing to pay for additional knowledge on a certain variable before making a decision. Areas that have high information value should be measured.

“The whole process is a learning system.” explains Shepherd. “We project impacts based on current understanding, measure where it will help improve our choices, monitor where things are most likely to go wrong, and continually update our projections and choices based on what we actually observe.”

“I think this will need steering, piloting and proof of application because it is an entirely different approach to what many know in development,” says Shepherd. “It will take quite a bit of work to enact change, however we have seen this transition happen in other fields.”

Sectors that have been using decision analysis for decades include mining, oil, insurance, and cybersecurity, he said.

Nabarro will receive support in his tough task from a select group of people who have much experience in analyzing decisions.

A queen, a crown princess, a president, a prime minister, a Chinese e-commerce pioneer, and a player often ranked as the world’s best footballer are among eminent Advocates appointed by UN Secretary-General Ban Ki-moon last week to help achieve the 2030 Agenda for Sustainable Development.

The SDG Advocates are: 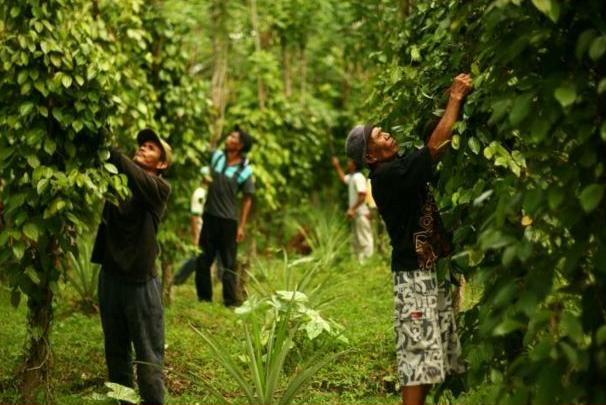 These farmers in South Sulawesi, Indonesia, are part of a project that aims to improve rural livelihoods by raising on-farm productivity, encouraging better environmental management, and improving governance. (Photo by Yusuf Ahmad/ICRAF)