Better Names for Impact Investing (and other insights from Hazel Henderson) 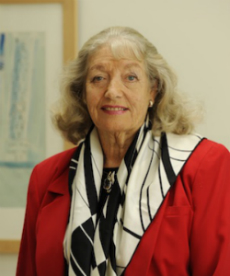 “All investments have impacts,” she told us. “I pointed this out to the authors of the original paper published by the Rockefeller Foundation. Some of these impacts include blowing the tops off mountains and spilling oil in the Gulf of Mexico!”

Not mincing words is one of the characteristics that has made Henderson a thought leader in the ethical investing movement. Futurist, evolutionary economist, worldwide syndicated columnist, consultant on sustainable development and author of many books, articles and blogs, Henderson has turned her personal vision of a new kind of capitalism into a remarkable career spanning four decades.

Her CV is beyond distinguished, including 22 years of service on the Advisory Council of the Calvert Social Investment Fund and membership in the Social Investment Forum and the Social Venture Network. She founded Ethical Markets Media and won a slew of international honors for her work. She is the creator of the Green Transition Scoreboard, a tool that tracks the private financial system for all green sectors worldwide since 2007 (current total is $5.2 trillion) and measures progress “as defined by the triple bottom line of planet, people and profits”. Follow #greenscore on Twitter. 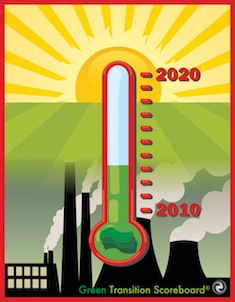 Taking a measured view of impact

This stellar track record speaks of Henderson&rsquo;s lifelong commitment to positive change in the area of beneficial finance and socially responsible investing. It also makes her a hard person to impress. While the world gets more excited about the potential of impact investing to solve its many problems, her support for the practice is tempered with realism.

“While I applaud the approach and achievements so far of this kind of investing,” she says, “I don’t see it as a new “asset class” since it must operate within all the old and still failing models of mainstream investing. And, as I have discussed with many of impact investing’s best practitioners in our TV series Transforming Finance the term “impact investing” simply adds to the confusion! Why not call it “positive impact investing” and thus make its good intentions clear?”

Henderson makes several important points here; ones borne out by the latest research into impact investing.

One is that impact investing is not a distinct new field of investing, or “asset class”, but an investment approach that spans asset classes. For Henderson, who has been at the forefront of the worldwide movement to diversify the financial methods that can be used to achieve social and environmental benefit, it’s only one tool in the larger toolbox that now (thanks to her and social benefit investment pioneers like her) includes a full spectrum of approaches: microfinance, social entrepreneurship, social impact bonds, venture philanthropy, catalytic capital, responsible investing, patient capital and so on.

Another of Henderson’s points is that not all impact is good impact: “blowing the tops off mountains,” as she puts it, definitely comes into the bad impact category.

The principle here is that intentionality matters when it comes to impact investing. Obviously, the idea is to avoid bad impacts; that goes without saying. But it’s not enough for good impacts to happen by accident, either, or as mere byproducts of doing business. To be authentic impact businesses, enterprises have to be built around the positive impacts they exist to create (along with profits).

And it’s not enough to cross our fingers and hope for positive impact without bothering to find out whether it’s really happening. Positive impact goals; and the metric processes that measure them; need to form part of the business plan of impact businesses. Otherwise, there’s nothing to distinguish them from ordinary businesses and no reason for impact investors (who currently complain of a shortage of good opportunities) to commit their capital.

Keeping sight of a higher purpose

Finally; and perhaps most importantly; Henderson’s comment reflects her belief that we need to do more than just tinker with the way world finance works.

Impact investing may be a good thing, but its dependence on the “old and still failing models of mainstream investing” mean that the approach is, after all, nothing so revolutionary as is sometimes claimed. More precisely, it’s an adaptation of what we’ve had in the past, using familiar techniques and market models, though in new contexts. As such, it doesn’t go far enough to satisfy Henderson, whose organization’s mission is: “to foster the evolution of capitalism beyond current models based on materialism, maximizing self-interest and profit, competition and fear of scarcity”. Henderson proposes to achieve this by reforming markets and metrics while growing the green economy worldwide.

Henderson’s vision for the future of finance is more radical than that of the elite group that gave impact investing its name. Where they hoped to harness the power of capital for good, Henderson wants to alter the very nature of capitalism, transforming it into something that better serves the needs of humanity and the planet. This higher purpose makes it unlikely that she will champion any single approach to changing the way we invest. In one example of her far-reaching strategy, Henderson has partnered with the company Biomimicry 3.8 to create a set of Principles of Ethical Biomimicry Finance, now available on license to responsible asset managers.

Henderson is well placed to take the long view of various social investing movements. Her comment serves a reminder that impact investing is just beginning to prove itself. The jury is still out, and it’s probably a good thing the early hype seems to be dying down. However keen we are on impact investing (and we are keen) it is not a silver bullet for solving the world’s problems.

At the same time, it’s a good thing that the sector is growing. More deals, more collaboration and more experimentation may serve to take us closer to a time when all businesses are, as Henderson would have it, positive impact businesses.

For more about Hazel Henderson see this interview in Green Money Journal.

Hazel has recently released Mapping the Global Transition to the Solar Age: From Economism to Earth Systems Science from the UK’s Institute of Chartered Accountants of England and Wales (ICAEW) and Tomorrow’s Company. It will appear soon in the US from Cosimo Publications, NY.