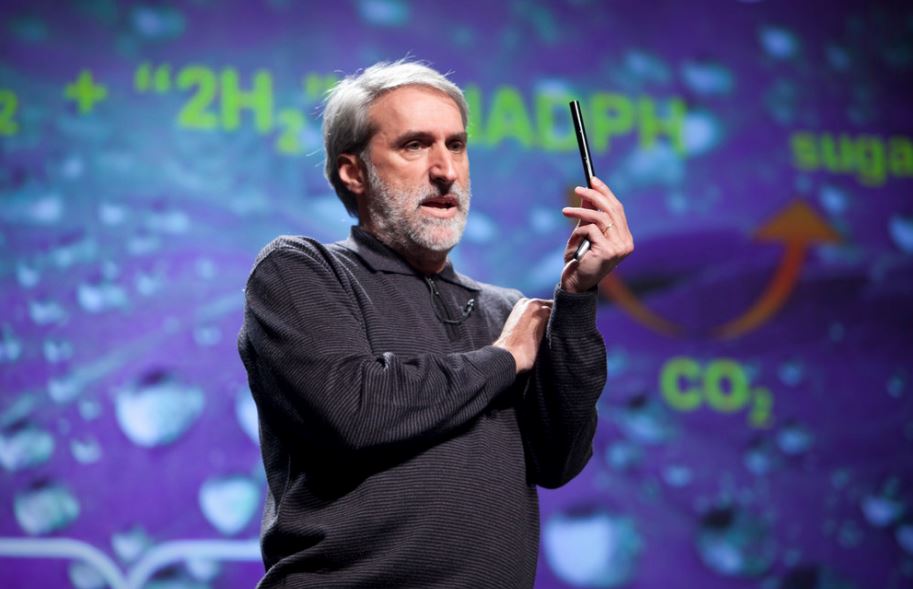 A device about the size of a credit card, the “bionic leaf” includes a solar panel. When placed in water, it uses energy from sunlight to split the water into hydrogen and oxygen, just like a real plant does during photosynthesis.

The device uses solar energy to split water molecules and hydrogen-eating bacteria to produce liquid fuels. It’s a kind of living battery, which the scientists call a bionic leaf for its melding of biology and technology.

The system can convert solar energy to biomass with 10 percent efficiency, far above the one percent seen in the fastest-growing plants.

While the study shows the system can be used to generate usable fuels, its potential does not end there, said Silver.

“The beauty of biology is it’s the world’s greatest chemist – biology can do chemistry we can’t do easily,” she said. “In principle, we have a platform that can make any downstream carbon-based molecule. So this has the potential to be incredibly versatile.” 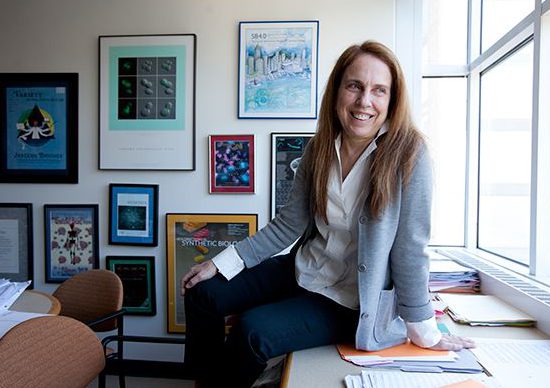 Nicknamed the “Bionic Leaf 2.0,” the new system builds on earlier work by Nocera, Silver, and others. Though capable of using solar energy to make isopropanol, that work was imperfect.

To avoid that, researchers were forced to run the system at abnormally high voltages, reducing its efficiency.

“For this paper, we designed a new cobalt-phosphorous alloy catalyst, which we showed does not make reactive oxygen species,” Nocera said. “That allowed us to lower the voltage, and that led to a dramatic increase in efficiency.”

“I don’t know why yet,” said Nocera. “That will be fun to figure out.“

With this new catalyst in the bionic leaf, the team boosted version 2.0’s efficiency at producing alcohol fuels like isopropanol and isobutanol to roughly 10 percent.

For every kilowatt-hour of electricity used the microbes could scrub 130 grams of carbon dioxide out of 230,000 liters of air to make 60 grams of isopropanol fuel. That is better than the efficiency of natural photosynthesis at converting water, sunlight and air into stored energy.

“This is the genius of Dan,” Silver said. “These catalysts are totally biologically compatible.”

There may yet be room for additional increases in efficiency, but Nocera said the system is already effective enough to consider potential commercial uses for the new technology.

“It’s an important discovery – it says we can do better than photosynthesis,” Nocera said. “But I also want to bring this technology to the developing world as well.”

Working in conjunction with the First 100 Watts program at Harvard, which helped fund the research, Nocera hopes to continue developing the technology and its applications in nations like India, with the help of their scientists.

In many ways, Nocera said, the new system marks the fulfillment of the promise of his earlier “artificial leaf,” which used solar power to split water and make hydrogen fuel.

“If you think about it, photosynthesis is amazing,” he said. “It takes sunlight, water, and air – and then look at a tree. That’s exactly what we did, but we do it significantly better, because we turn all that energy into a fuel.”

This research was supported by the Office of Naval Research, Air Force Office of Scientific Research, and the Wyss Institute for Biologically Inspired Engineering. The Harvard University Climate Change Solutions Fund  is supporting ongoing research into the bionic leaf platform.