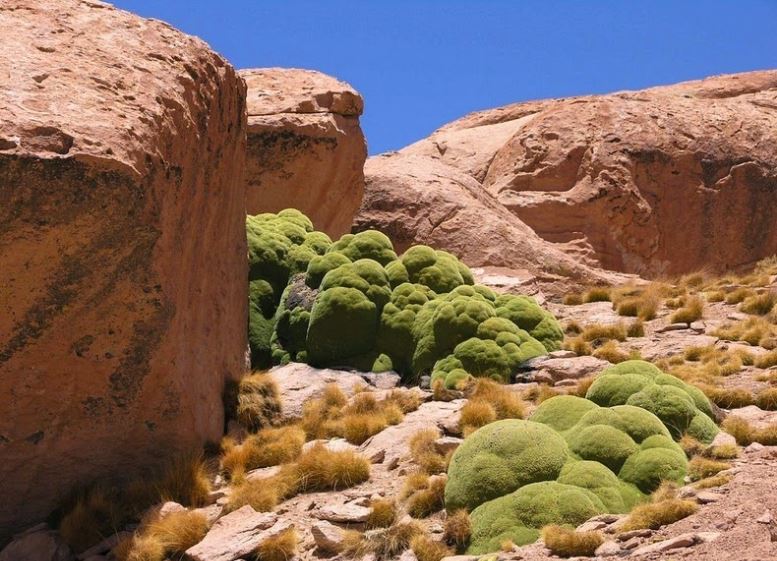 Yareta plants live in the high altitude of the Andes Mountains. Some are estimated at 3,000 years old. (Photo by Pedro Szekely) Creative Commons license via Flickr.

The BioNurse team from Quillota, Chile created the BioPatch, a biomimicry solution that enhances soil’s capacity to retain water, nutrients, and microorganisms so that degraded land is restored for the next generation of crops.

At least 25 percent of the world’s soil is degraded, and the winning concept provides a new way to protect seedlings and restore soils to health, with inspiration from natural plant processes.

The BioNurse team was inspired by the way that hardy “nurse” plants like the yareta, ancient flowering plants in the high altitudes of Chile, Peru, and Bolivia, establish themselves in degraded soils and pave the way for new plant species to grow.

Many yaretas are estimated to be over 3,000 years old.

By mimicking biological principles, the BioNurse team’s design innovation provides a way to grow and protect new plants and ensure that the soil can be regenerated to feed the world’s burgeoning population.

“The judges were impressed with the way that the BioNurse team utilized biomimicry on multiple levels,” said John Lanier, executive director of the Ray C. Anderson Foundation. “Moreover, we believe in their potential to commercialize and scale the concept to achieve a significant impact in areas of the world where farming is limited due to poor soil.”

Ray C. Anderson (1934-2011), a Georgia native, was recognized as a leader in green business when he challenged his carpet company, Atlanta-based Interface, Inc., to reimagine itself as a sustainable company with a zero environmental footprint. His foundation funds projects that advance knowledge and innovation around environmental stewardship and sustainability.

Their design proposes a change in the fundamentals of agricultural food production, heading towards increasing soil health and vitality.

The physical, chemical and biological fertility concentration of their soil “comes from a continuous formation of a vivifying mass which transforms, recycles, composes and decomposes the organic matter and mineral elements, fluffing the ground to make it a real sponge, light and soft, rich in spaces for developing life.“

The biomimetic method stands in contrast to the way that humans have opened and plowed the land throughout history, causing cracks and breaks in the soil.

This geomimetic system has taken a lot of fertility, energy and minerals from the soil, which in turn has released huge amounts of the greenhouse gas carbon dioxide (CO2) into the atmosphere.

The team’s biomimicry starts with a device they have called BioNurse, made of a biodegradable container and the appropriate biologic contents for each site.

The container is fabricated from corn stalks, utilizing a resource that otherwise would be burned as waste. It biodegrades after one season.

The team has demonstrated that the plants growing within the container will be capable of reproducing the same conditions in a natural way and, after one year, the soil will be productive again. 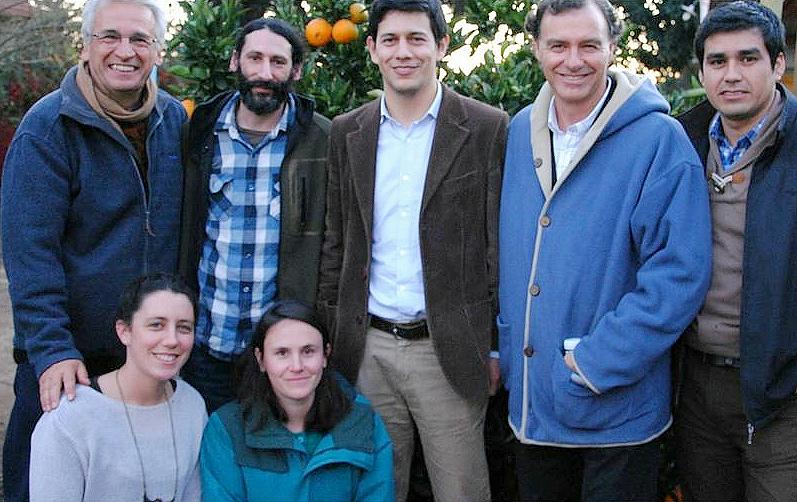 The team had three objectives:

The Institute aims to “naturalize biomimicry in the culture by promoting the transfer of ideas, designs, and strategies from biology to sustainable human systems design.“

A new round of the Biomimicry Global Design Challenge has just launched, which offers another opportunity for teams to join and compete for the annual $100,000 “Ray of Hope” Prize.

The philanthropists at the heart of the Biomimicry Design Challenge take their inspiration from environmentalist, entrepreneur, journalist, and author Paul Hawken, who said, “Biomimicry directs us to where we need to go in every aspect in human endeavor.“