Children, Hope of the World, At Risk 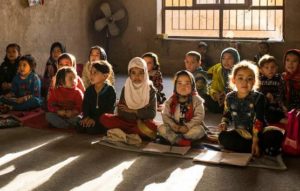 NEW YORK, New York, December 31, 2019 (Maximpact.com News) – Young people are his greatest source of hope, UN Secretary-General Antonio Guterres told the world today in his New Year’s message. “From climate action to gender equality to social justice and human rights, your generation is on the frontlines and in the headlines,” he said. “I am inspired by your passion and determination.”

“You are rightly demanding a role in shaping the future,” Guterres told young people around the globe. “I am with you. The United Nations stands with you – and belongs to you.”

The coming year, 2020, marks the 75th anniversary of the United Nations, which comes at a time of “uncertainty and insecurity all around,” said Guterres. He remarked on the atmosphere of “persistent inequality and rising hatred,” existing today in a “warring world” on a “warming planet.”

“This year, the world needs young people to keep speaking out. Keep thinking big. Keep pushing boundaries. And keep up the pressure,” said Guterres. “I wish you peace and happiness in 2020.”

But peace is unlikely for many of the world’s children in the coming year if it is anything like the year we all have just lived through. 2019 concludes a deadly decade for children in conflict, with more than 170,000 grave violations of their human rights, the UN Children’s Fund (UNICEF) reports.

“Conflicts around the world are lasting longer, causing more bloodshed and claiming more young lives,” UNICEF Executive Director Henrietta Fore said Monday, as the agency reported a three-fold rise in verified attacks on children since 2010 – an average of 45 violations a day.

“Attacks on children continue unabated as warring parties flout one of the most basic rules of war: the protection of children,” said Fore. She observed that the number of countries experiencing conflict is the highest it has been since the adoption of the Convention on the Rights of the Child in 1989.

In 2018, the UN verified more than 24,000 grave violations against children, including killing, maiming, sexual violence, abductions, denial of humanitarian access, child recruitment and attacks on schools and hospitals. 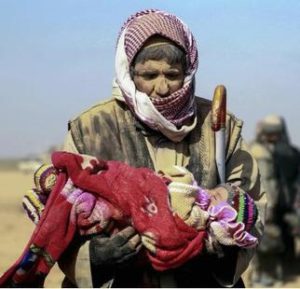 A man carries a small child in Baghoz village in Hajin district, eastern Syria. 2019 (Photo by Souleiman courtesy UNICEF) Posted for media use

While monitoring and reporting efforts have been strengthened, this number is more than two-and-a-half times higher than that recorded in 2010.

Attacks and violence against children have not let up throughout 2019. During the first half of the year, the UN has verified over 10,000 such violations against children – although actual numbers are likely to be much higher – in conflict zones from northern Syria to eastern Democratic Republic of the Congo (DRC), and eastern Ukraine.

With  dozens of violent armed conflicts killing and maiming children and forcing them from their homes, the UNICEF chief said that for every act of violence against children that creates headlines and cries of outrage, “there are many more that go unreported.”

As 2019 draws to a close with “no letup in the attacks and violence against children in sight,” UNICEF is calling on all warring parties to abide by their obligations under international law and to immediately end violations against children and the targeting of civilian infrastructure, including schools, hospitals and water infrastructure.

The UN Children’s Fund is also asking governments with influence over warring parties to conflict to use that influence to protect children.

Private charities, too, are doing their utmost to help children survive and thrive.

This past year marked a century of service to children caught in conflicts and natural disasters for Save the Children, founded on April 15, 1919, in London, England just a few months after the end of World War I.

Back then, a young English woman, Eglantyne Jebb, launched a pioneering campaign to save suffering children across war-torn Europe. She held the belief that children have individual rights and dedicated her life to ensuring that children’s rights are realized. 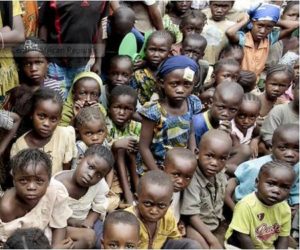 Internally displaced children in Bangui, Central African Republic, where a peace agreement was signed by 15 warring parties in 2019. (Photo by Evan Schneider courtesy United Nations) Posted for media use

But declaring the rights of children does not equal achievement of those rights, and children continue to suffer and die due to floods, earthquakes and wars.

Just last week, more than 230,000 children who were forced to flee their homes in 2019 following large-scale military offensives faced a desperate plight in northern Syria, where displacement camps have been hit by flooding and cold weather, warns Save the Children.

In northwest Syria, several camps have flooded and about 500 tents have been destroyed, while other tents were abandoned by residents as they became uninhabitable.

Nine-year-old Sanad lives with his family in one of the camps. He says they had nothing to protect them from the cold and the floods:

“When the rain started to fall, we went outside the tent we were staying in. There was a lot of mud, we could not walk. The tent was floating with the rainwater that submerged it. We had no heating and no blankets. We had nothing.”

Save the Children Syria Response Director Sonia Khush said, “Yet again, thousands of children are at risk of in northern Syria because of inadequate living conditions in winter.” 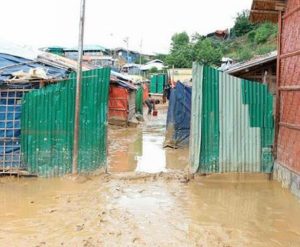 “Across northern Syria, thousands of families displaced by the long conflict and its latest flare-ups are living in tents, half-finished buildings and collective shelters. They are regularly without power or clean water,” said Khush. “Tents and shelters offer scant protection against the elements and are no place to try to recover from impact of fleeing violence. As well as facilitating humanitarian access, parties to the conflict must work towards a permanent cessation of hostilities to spare tens of thousands of children from further suffering.”

But the Syrian conflict rages on. On December 26, Syrians fled by the thousands from the last rebel-held stronghold of Idlib as a government offensive intensified.

As long lines of cars head to the Turkish border, camps are filled to overflowing and desperate families are forced to take whatever shelter they can out in the open, as Turkish aid workers scramble to help as many of them as they can, reports Al Jazeera.

Further trouble developed December 20 at UN Headquarters in New York. After weeks of negotiations, Russia and China vetoed a draft UN Security Council resolution to reauthorize the UN and partners to deliver aid to Syria using border crossings not controlled by the government of Syria.

The current cross-border mandate provided by Resolution 2449 (2018) runs out on January 10, 2020, leaving the UN Security Council just over two weeks to find a solution.

Miles warned that as a result many thousands of children will suffer. “As UN Member States trade accusations today instead of renewing the critical lifeline needed for Syria’s children, hundreds of thousands of people in Idlib are under intense shelling and bombardment,” she said.

“And following recent fighting in northeast Syria, more than 75,000 people are sheltering in overstretched camps that have started flooding following heavy rains as a potentially freezing and deadly winter closes in,” Miles said. “The cross-border system is the only way to reach many of these children and families with urgent humanitarian assistance including food, shelter and healthcare.”

“The UN Security Council must not fail the millions of Syria’s children whose lives are at risk and dependent on humanitarian aid,” Miles said as she appealed for talks to resolve the impasse begin at once. “Negotiations to renew the cross border mechanism’s mandate must restart urgently to allow uninterrupted humanitarian action. It is needed to save lives now more than ever.”

But increased and ongoing help is needed to protect children in conflict zones and the United Nations is doing its best to gather assistance from around the world.

Chairing the launch event, Virginia Gamba, the UN Special Representative for Children and Armed Conflict, said that the campaign would better protect children “who have been used and abused by, in, and for armed conflict around the globe.”

She maintained that there is an “urgent need” to raise awareness about the six gravest violations: the killing and maiming of children, recruitment or use of children as soldiers, sexual violence against children, abduction of children, and attacks against schools or hospitals.

“We need it to highlight the impact of conflict on children,” she stressed, along with putting “a strong emphasis on tangible actions to end and prevent them.

The year 2019 has indeed been deadly for children. In eastern Ukraine, where nearly half a million children are affected by the conflict, 36 attacks on schools were reported this year, according to UNICEF.

Around two million children are out of school in war-torn Yemen, UNICEF reports. And in Nigeria UNICEF condemned the use of children as human bombs, after reports that three children were used to detonate explosives that killed 30 people and injured dozens more at a community centre in Konduga, Borno State.

In early December, five children were killed when gunmen opened fire inside a place of worship in Burkina Faso.

In mid-December, UNICEF announced in a Child Alert that an average of nine children were killed or maimed every day in Afghanistan in the first nine months of 2019.

“Even by Afghanistan’s grim standards, 2019 has been particularly deadly for children,” said Fore.

Guterres pointed out that a lack of resources and a failure to provide long-term assistance to victims and their communities “have made many children open to a second victimization, either through the stigmas they carry or through inadequate education and growth opportunities, leaving them trapped in a cycle of violence and despair.”

The new global campaign aims to “raise worldwide awareness, assist children in need and prevent them from becoming victims in the first place,” said Guterres.

“Crucially, this initiative will offer children an opportunity to raise their voices,” he declared, inviting everyone to ensure it “reaches all corners of the world so no child ever fears being left behind again.”