Circular Cars of the Future: 100% Recyclable 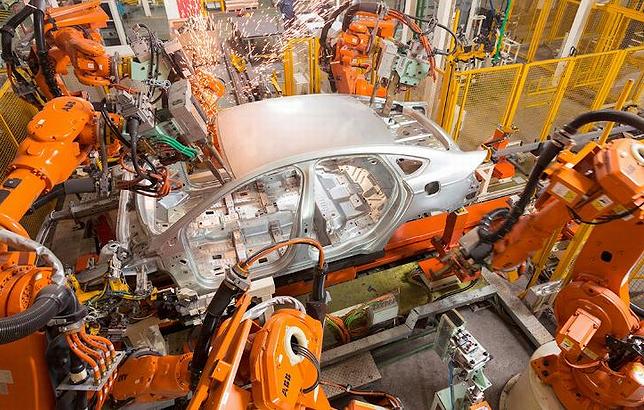 GENEVA, Switzerland, February 4, 2020 (Maximpact.com News) – A global, multi-stakeholder effort to completely decarbonize the automotive manufacturing sector is underway. The Circular Cars Initiative enlists a consortium of private and public-sector stakeholders all along the automotive value chain who are committed to eliminating manufacturing emissions.

Launched last September at the United Nations Climate Action Summit and re-introduced at the World Economic Forum in January, a primary goal of the new Circular Cars Initiative is to increase the recyclability of cars, their parts and components.

Led by the World Business Council for Sustainable Development (WBCSD), in partnership with the World Economic Forum, the initial membership includes the European Institute of Technology’s Climate-KIC, the systems change company SYSTEMIQ, and a diverse coalition of government, industry and other partners.

They are united by the goal of keeping the planet’s temperature rise to 1.5 degrees above pre-industrial levels. Climate scientists with the Intergovernmental Panel on Climate Change warn that this is the greatest temperature increase Earth can withstand before the most disastrous effects of climate change appear – extreme weather, glacial melt, unstoppable sea level rise, disease migration, droughts and wildfires.

Today, the automotive sector is responsible for about 20 percent of global emissions of the greenhouse gas carbon dioxide (CO2). If current emissions remain steady, this sector alone will produce more than 0.8°C warming by 2100.

The automotive industry is also a heavy consumer of other natural resources: responsible for around 80 percent of all rubber consumption, 25 percent of all aluminum and about 15 percent of all steel. All of this exacts a significant environmental toll.

In response to the industry’s growing environmental footprint, regulators, activists and automakers themselves have focused on the importance of transitioning automobiles to cleaner fuels such as electricity and hydrogen fuel cells. They have the potential to help eliminate vehicular emissions during utilization.

A number of emerging technology trends will enable this transition. The Internet of Things (IoT) enables automotive materials and components to be better tracked across their lifecycle. New technologies like 3D-printing promise materials that can be saved or used more efficiently.

And the emergence of Mobility-as-a-Service (MaaS) companies like Uber and Lyft, have created the potential for full lifecycle ownership of automobiles. This gives companies a greater interest in maintaining the value of their materials when disposing of vehicles.

Automobiles are the most recycled consumer product, according to the World Steel Association based in Brussels. Each year, the steel industry recycles more than 14 million tons of steel from end-of-life vehicles. This is equivalent to nearly 13.5 million automobiles

Old cars are typically hauled to an automobile dismantler, where reusable parts are removed. After removing the reusable parts and other items like batteries, tires and fluids, the hulks are usually shipped to ferrous scrap processors where they are weighed for payment and unloaded.

At a scrap yard, the automobiles enter the shredder. The shredding process, which typically handles one car every 45 seconds, generates three streams: iron and steel; nonferrous metal; and so-called fluff – fabric, rubber and glass.

Recycling steel saves energy and natural resources. The U.S. steel industry alone annually saves enough energy to power about 18 million households for a year, according to the Steel Recycling Institute <www.recycle-steel.org>, which adds that recycling one ton of steel conserves 1,134 kilograms of iron ore, 635 kilos of coal and 54 kilos of limestone.

An electric vehicle’s higher emissions during the manufacturing stage are paid off after only two years, according to the International Council on Clean Transportation (ICCT), a time frame that drops to about one and a half years if the car is charged using renewable energy.

However, recent estimates of battery manufacturing emissions vary by a factor of 10, indicating the need for additional research in this field, says the ICCT.

A 30 percent decrease in grid carbon intensity would reduce emissions from the battery production chain by about 17 percent in addition to even greater savings in the use phase.

Historian Mark Foster has estimated that “fully one-third of the total environmental damage caused by automobiles occurred before they were sold and driven.”

Foster cited a study estimating that fabricating one car produced 29 tons of waste and 1,207 million cubic yards of polluted air.

In recent years, for example, the automotive industry in several developed countries was a major purchaser of iron and steel, lead for batteries, aluminum, and platinum for exhaust fume control. Approximately 75 percent of the cost of the industry’s power comes from electricity, but the auto industry also consumes natural gas (15 percent of energy expenditures), and coal and coke (over 8 percent), as well as steam, oil, and propane.

Vehicle assembly plants themselves are major polluters. In the early 1990s, there were 20 engine plants in the United States, more than 40 assembly plants, hundreds of metal stamping facilities, and thousands of suppliers.

Automotive plants release sulfuric acid and other smokestack emissions into the air. In addition, the U.S. Environmental Protection Agency listed car and truck assembly plants among the top 10 waste producers in the country.

In 1990, the American automotive industry accounted for one percent of all hazardous waste or 172 kg per vehicle produced.

Paint shops, in particular, utilize large quantities of solvents; in the State of Michigan, these paint-shop solvents account for almost one-fourth of all pollution from volatile organic compounds.

The introduction of water-based paints was meant to reduce solvent contamination, but the retrofitting of paint shops is costly, and the water used in the plants does not leave as clean as when it entered. The network of supply industries, building infrastructure, and transportation systems necessary to produce and deliver vehicles to the consumer also must be factored into any discussion of the environmental impact of the automobile.

Automakers Get Creative With Renewable Energy

An innovative energy project was completed by Nissan Mexico in 2014 at its Aguascalientes 1 manufacturing plant, which generates power from two separate renewable sources – wind and biogas. 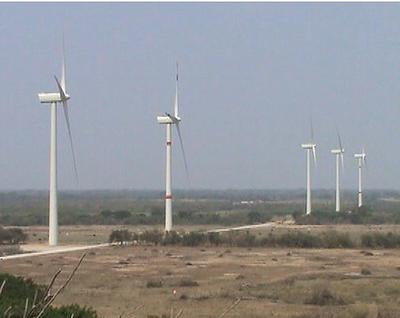 Fifty percent of the energy used by the Nissan manufacturing plant in Aguascalientes, Mexico, comes from renewable sources. This is the first manufacturing facility out of the entire Renault-Nissan Alliance to achieve this milestone. 2013 (Photo courtesy Nissan Mexico) Posted for media use

The biogas power plant was established first, and has been generating power since January 2012. Ribera says the process consists of the extraction of methane from a local city landfill, followed by its collection and preparation for use as fuel. Another key part of the scheme was the construction of a new, dedicated 4.2km electric line to transfer the energy which is produced, feeding the electricity network at the manufacturing site.

The wind power project began operating one year later, collecting energy from a wind farm about 1,000km away in Oaxaca. The wind farm consists of 35 turbines that are also used to generate energy for the Mexican national electricity network, although Ribera says that Nissan receives 75 percent of the total energy produced.

Seeking to slash CO2 emissions from its North American manufacturing operations, Honda has entered into long-term virtual power purchase agreements (VPPAs) for renewable wind and solar power that will cover more than 60 perceent of the electricity that Honda uses in North America.

These VPPAs will enable Honda to fully offset the remaining carbon intensive grid-supplied electricity being used in its Ohio, Indiana, and Alabama automobile manufacturing operations, and will help the company meet its voluntary carbon reduction goal.

Starting in fall of 2020, Honda will purchase 530,000 megawatts a year from 120 MW of wind power generated by the Boiling Springs Wind Farm in Oklahoma, a 150 MW development of the energy company E.ON.

Currently, 21 percent of the electricity that Honda uses in North America is supplied from extremely low and zero CO2 sources. The VPPAs will raise the total use of renewable electricity to more than 80 percent for North America.

As a result of the deal, Honda is one of the top automakers globally in the adoption of renewable energy to power its operations.