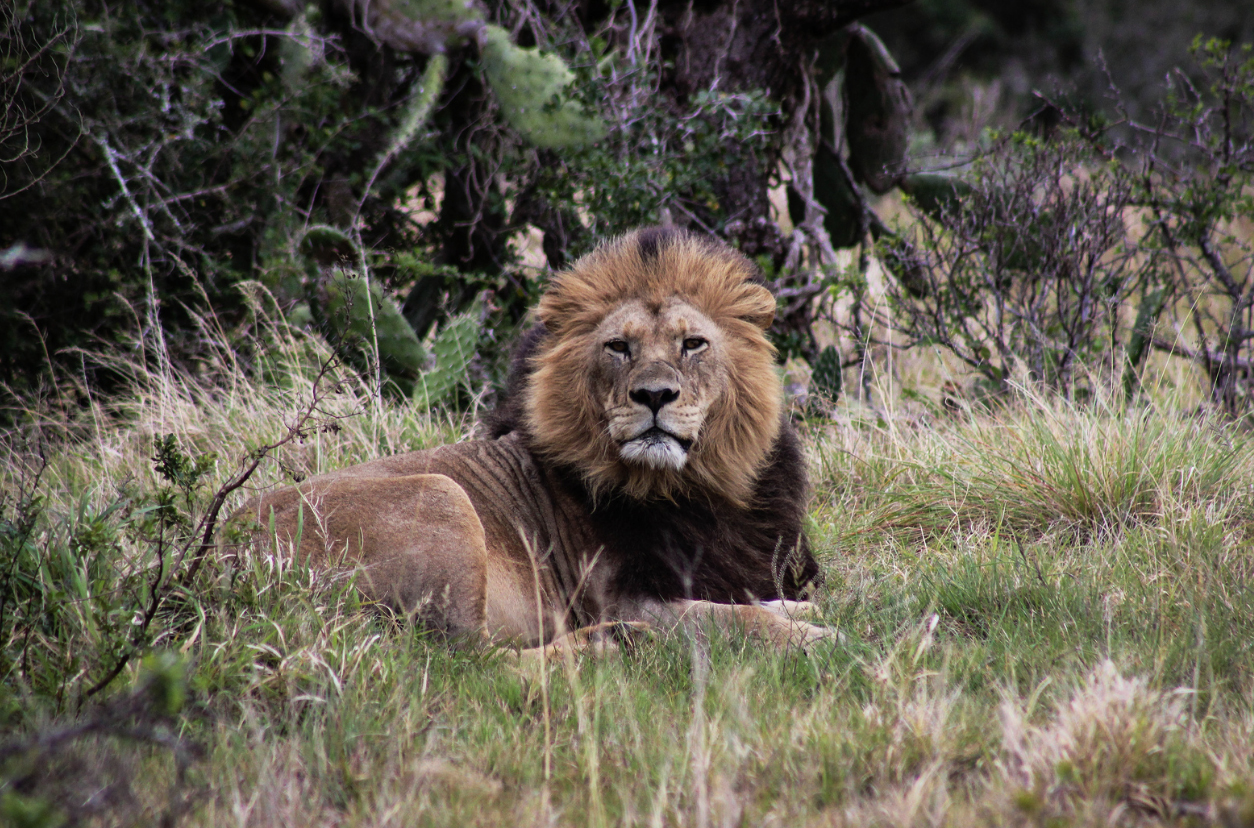 The decisions affecting a large number of mammals, birds, reptiles and amphibians, as well as an entire genus of trees including more than 300 species of rosewood, came at the 17th triennial Conference of the Parties to the Convention on International Trade in Endangered Species (CITES).

After two weeks of marathon negotiations, September 24 – October 4 in Johannesburg, South Africa, delegates to CoP17  increased protection for the African elephant, the pangolin and the saiga antelope, the African grey parrot, the critically endangered helmeted hornbill and the endangered Barbary macaque.

CITES Parties called for improved traceability of CITES-listed species such as sturgeon, prized for their caviar; luxury reptile skins; sharks, desired for their fins; and rosewood timber, used for furniture and musical instruments.

CITES regulates international trade in wildlife species with a licensing system of import and export permits.

Delegates of the 182 Parties vote to include species on one of three lists – Appendix I, II, or III – that divide the species according to the degree of protection governments agree that they need.

Commercial trade in Appendix I listed species is banned. Trade in species listed on Appendix II or III is legal as long as CITES procedures and domestic laws are followed.

The Johannesburg conference was the largest meeting of its kind, with 152 governments taking decisions on 62 species-listing proposals submitted by 64 countries. 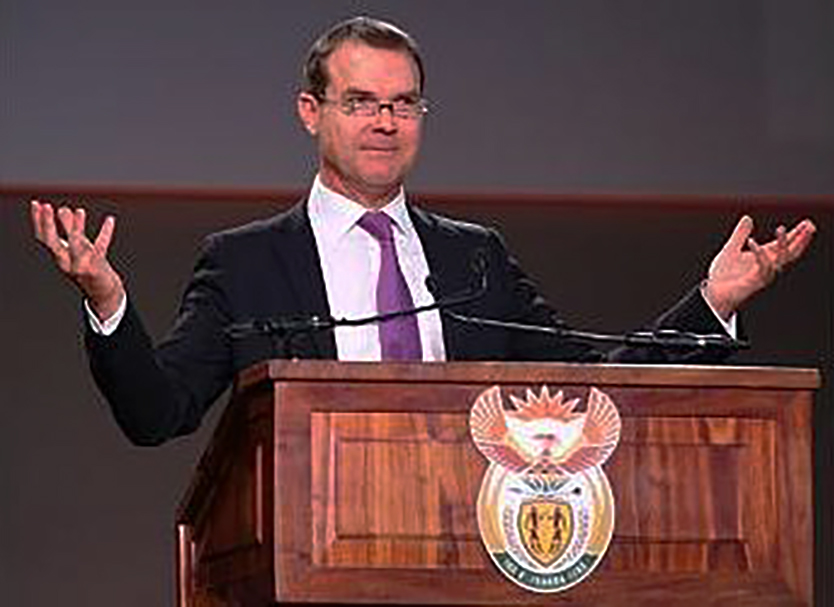 In sum, 51 proposals were accepted, five were rejected and six were withdrawn.

In total, over 3,500 people attended the meeting, which also recorded the highest number of side events and attracted media interest from every region of the world.

“The most critical meeting in the 43-year history of CITES has delivered for the world’s wildlife. CoP17 is a game changer for the planet’s most vulnerable wild animals and plants,” said CITES Secretary-General John Scanlon.

Several decisions were adopted that support ending all ivory trade, at both the domestic and the international levels. The most important was adoption of a resolution that requires countries to phase out their domestic ivory markets.

“Domestic ivory markets are the perfect system for laundering illegal ivory from elephants killed in Africa and Asia, and this has now been formally recognized within CITES,” said the observer team from the nonprofit Environmental Investigation Agency (EIA), based both in London and Washington, DC.

“It is now time that the UK and the European Union follow up on this and join the U.S., China, Hong Kong and even France in making time-bound commitments to phase out and eventually close their ivory markets,” the EIA said.

After intense discussion and dramatic voting on three proposals, CoP17 delegates rejected the development of a “decision-making mechanism for a process of trade in ivory” that would have facilitated a legal international ivory trade.

The proposal to list the four elephant populations of Botswana, Namibia, South Africa and Zimbabwe on CITES Appendix I was rejected.

The National Ivory Action Plan was adopted, which establishes a mechanism to independently assess progress made by source, transit and destination countries implicated in ivory trafficking.

Experts say that when lion bones hit the Asian markets they are sold as tiger, increasing demand for tiger parts in a rapidly expanding, unchecked market for tiger bone wine.

The EIA called this decision “a devastating blow for wild tigers as well as for other big cats poached for their bones.“

With lion populations declining due to habitat loss, retaliatory killing from human-lion conflict, and unsustainable trophy hunting, “there is no excuse for the CITES parties allowing the lion bone trade to continue and most likely grow over the next three years,” blogs Jeffrey Flocken of the International Fund for Animal Welfare (IFAW).

According to the 2015 IUCN Red List of Threatened Species, African lion populations have experienced an overall decline of 43 percent between 1993 and 2014.

While lion populations increased in Botswana, Namibia, South Africa and Zimbabwe by 12 percent over the same period thanks to good wildlife management, other sub-populations in the rest of Africa have plummeted by 60 percent.

Tiger farming must end. This clear message came when China asked for support to delete a critical and historic decision which states that tigers should not be bred or trade in their parts and derivatives.

Not one single Party supported it when asked. Instead, a suite of decisions was adopted which, if funded and implemented, will lead to more country-specific time-bound actions to tackle trade in captive tiger parts.

Everyone was encouraged to hear Laos declare its intention to invite experts to help it phase out its tiger farms.

Also agreed at CoP17 were actions to improve international cooperation to combat trade in tiger and other Asian big cat parts.

These include a proposal from India inviting countries that seize tiger skins to share photos that can be cross-referenced in databases of tigers photographed in camera traps to help determine the source of the dead tigers, poached for their parts.

Swaziland’s proposal to allow a legal trade in rhino horn was overwhelmingly rejected by the parties with near 70 percent opposition. The global trade ban on rhinos and their parts is maintained.

It was clear that a majority of the Parties did not wish to legalize trade in rhino horns to avoid repeating the tragedy experienced by elephants since CITES sanctioned the legal trade of ivory in 2007, masking the flourishing illegal trade.

Pembient, a Seattle-based start-up company, proposes to flood the market with bioengineered rhino horn to the point where the poachers lose economic incentive and the product loses its luxury status.

Yet, the conservation community has many concerns about the introduction of synthetic rhino horn or powder into the world economy. Will it dramatically increase the demand for “wild” rhino horn and thus accelerate rhino extinction? Will the forensic challenge thwart law enforcement? Will it fuel illegal trade activities?

Those questions still remain to be answered.

In a rare example of global unity, all eight pangolin species were up-listed onto Appendix 1 and given the strongest possible protection under CITES.

The Barbary Macaque is the only non-human primate living in Europe, where a small semi-wild population of about 200 animals inhabits the Rock of Gibraltar. An estimated 6,500 to 9,100 Barbary macaques survive in fragmented areas in Morocco and Algeria.

The species has been categorized as Endangered in the IUCN Red List of Threatened Species since 2008. The CoP17 delegates unanimously voted to transfer these monkeys from Appendix II to Appendix I.

The historic proposal to list an entire genus of timber – more than 300 individual trees, shrubs and vines in more than 100 countries – was championed by Latin American parties, agreed by consensus by the CoP17 delegates.

This decision was accompanied by a new, innovative annotation to ensure prized rosewoods of the genus Dalbergia are no longer open to illegal trade. They are all now listed under Appendix II.

By exercising the precautionary principle, the adoption of this proposal marks an emerging collaborative effort between countries to make decisions not in the interest of trade but in the best interest of timber species and ecosystems under threat.

With tens of thousands of African grey parrots captured and exported for the pet trade every year, and tens of thousands more dying in the attempt, CoP17 delegates adopted a proposal to list African grey parrots under Appendix I. This appendix offers the highest level of protection that CITES can give, and means that nearly all trade in the species will be prohibited.

The Critically Endangered Helmeted hornbill is listed in CITES Appendix I. The massive and increasing demand for helmeted hornbill casques, so-called red ivory, in the international market has led to rampant poaching of this species.

The CITES Parties agreed to adopt a strong resolution and decisions calling for urgent and integrated conservation and law enforcement measures, as well as coordinated efforts on the part of both consumer and range States to prevent the species from going extinct.

“This is a great victory for the helmeted hornbill that has been ruthlessly hunted for its red ivory as the elephant has been killed off for its ivory,” said Noviar Andayani, director of the Wildlife Conservation Society Indonesia Program (WCS). “Many have heard about the elephant ivory crisis, and now it is time to hear more about the helmeted hornbill ivory crisis and take swift action to save it.”

The Helmeted hornbill only occurs in intact tropical forests in Indonesia, Malaysia, Brunei, Thailand and Myanmar.

Helmeted hornbills mate for life, and each pair maintains a large territory, marked and defended by one of the most dramatic calls of any bird, a cackling laugh audible from a kilometer away through the forest.

Widespread clearance of much of the hornbills’ lowland forest habitat for oil palm plantations, is a major threat to the species. A dramatic rise in hunting has compounded the problem. The species is the only hornbill with a solid casque, also known as red ivory which is carved into artefacts, the demand for which drives the poaching pressure on the species.