BONN, Germany, June 20, 2019 (Maximpact.com News) – “Energy investments now face unprecedented uncertainties, with shifts in markets, policies and technologies,” said Dr. Fatih Birol, executive director of the International Energy Agency (IEA). “But the bottom line is that the world is not investing enough in traditional elements of supply to maintain today’s consumption patterns, nor is it investing enough in cleaner energy technologies to change course. Whichever way you look, we are storing up risks for the future.”

Dr. Birol spoke as several important energy and climate change events that could help the world avoid the worst consequences of Earth’s warming climate are underway during the last two weeks of June. The IEA is presenting its latest information at the United Nations Climate Change Conference now underway in Bonn, Germany and also is contributing to the knowledge base of the G20 meeting at the end of the month in Japan.

The IEA scenario describes energy-related greenhouse gas emissions as peaking around 2020 and then declining rapidly. By 2040, they are at around half of today’s level and on course toward net-zero emissions by 2070.

The ultimate long-term temperature outcome will depend on the trajectory of emissions after 2040, including when global CO2 emissions reach net zero, as well emissions of other types of greenhouse gases, the IEA states.

The findings of the IEA’s “World Energy Investment 2019” report released in May signal a growing mismatch between current trends and the paths to achieving the Paris Agreement targets and other sustainable development goals.

Energy production and consumption are the largest source of global greenhouse gas emissions, and energy solutions need to be advanced and implemented to meet the objective of the UN Framework Convention on Climate Change (UNFCCC) and the temperature goal in its Paris Agreement on climate change, the agency says.

To meet sustainability goals, investment in energy efficiency would need to accelerate while spending on renewable power doubles by 2030, the IEA calculates.

Global energy investment totaled more than US$1.8 trillion in 2018, a level similar to 2017, the IEA reports. For the third year in a row, the power sector attracted more investment than the oil and gas industry.

The biggest jump in overall energy investment was in the United States, where it was boosted by higher spending in upstream supply, particularly shale, but also electricity networks. The increase narrowed the gap between the United States and China, which remained the world’s largest investment destination.

Among major countries and regions, India had the second largest jump in energy investment in 2018 after the United States.

At the same time, there are few signs of the substantial reallocation of capital towards energy efficiency and cleaner supply sources that is needed to bring investments in line with the Paris Agreement and other sustainable development goals.

The poorest regions of the world, such as sub-Saharan Africa, face persistent financing risks. They received only 15 percent of investment in 2018 even though they account for 40 percent of the global population. “Far more capital needs to flow to the least developed countries in order to meet sustainable development goals,” the IEA report states. 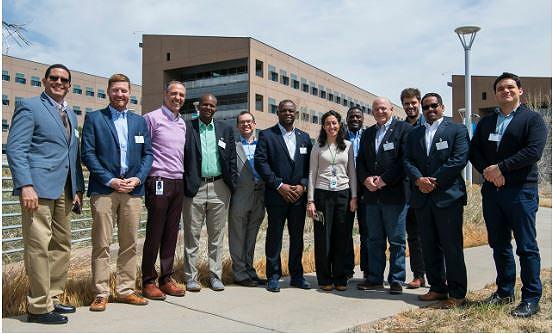 Even though decisions to invest in coal-fired power plants declined to their lowest level this century and retirements rose, the global coal power fleet continued to expand in 2018, particularly in developing Asian countries.

The continuing investments in coal plants, which have a long lifecycle, appear to be aimed at filling a growing gap between soaring demand for power and a leveling off of expected generation from low-carbon investments such as renewables and nuclear.

Without carbon capture technology or incentives for earlier retirements, the IEA says, coal power and the high emissions of the greenhouse gas carbon dioxide (CO2) it produces will remain part of the global energy system for many years.

Even as investments stabilized in 2018, approvals for new conventional oil and gas projects fell short of what would be needed to meet continued robust growth in global energy demand, the IEA reports.

At the same time, the world is witnessing a shift in investments towards energy supply projects with shorter lead times, the IEA says, bringing power-generation capacity to market more than 20 percent faster than at the beginning of the decade.

This reflects industry and investors seeking to better manage risks in a changing energy system, and also improved project management and lower costs for shorter-cycle assets such as solar photovoltaics, onshore wind and U.S. shale, the IEA says.

Still, public spending on energy research, development and demonstration (RD&D) is far short of what is needed. While public energy RD&D spending rose modestly in 2018, led by the United States and China, its share of gross domestic product remained flat and most countries are not spending more of their economic output on energy research.

“Current investment trends show the need for bolder decisions required to make the energy system more sustainable,” Dr. Birol said. “Government leadership is critical to reduce risks for investors in the emerging sectors that urgently need more capital to get the world on the right track.”

At the United Nations Climate Change Conference underway in Bonn, Germany now through June 27, the IEA presented these findings and its latest New Policies Scenario and Sustainable Development Scenario to government representatives from across the world.

The IEA 2018 New Policies Scenario warns the world is not on course yet to meet its international commitments. Still, the agency’s 2018 Sustainable Development Scenario shows that the global energy sector can still evolve to deliver on three energy-related Sustainable Development Goals – universal access to energy (SDG 7), reduce the severe health impacts of air pollution (part of SDG 3) and tackle climate change (SDG 13).

The IEA’s 2018 Sustainable Development Scenario is based on the model also used for the World Energy Outlook and presents an energy transition in which:

The IEA scenarios were drawn from the Scenario Explorer released alongside the IPCC Special Report on 1.5 C of global warming. This shows that a continuation of the scenario pre-2040 emissions reduction rate would lead to global energy-sector CO2 emissions falling to net-zero by 2070.

The agency also notes that maintaining or accelerating the rate of reduction of energy-related and process-related emissions up to and beyond 2040 is likely to require robust technological innovation.

In Bonn, parties are expected to develop a six-year workplan for the forum on response measures, as well as to identify research gaps and determine actions needed.

Under Japan’s G20 presidency, the G20 Summit will convene in Osaka from June 28-29. The IEA’s contributions to the G20 this year include a major report on hydrogen as well as work on innovation gaps and investment in low-carbon power.

The IEA provided in-depth support for last weekend’s meeting of G20 energy and environment ministers in the town of Karuizawa, including the publication of “The Future of Hydrogen: Seizing Today’s Opportunities,” which analyzes hydrogen’s current state of play and offers recommendations for its future development and how it can help to tackle critical energy challenges. 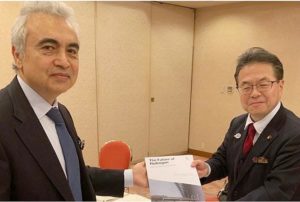 The IEA carried out the study at the request of Japan’s G20 presidency. It was launched June 14 by Dr. Birol alongside Hiroshige Seko, Japan’s Minister of Economy, Trade and Industry.

“Hydrogen is today enjoying unprecedented momentum. The world should not miss this unique chance to make hydrogen an important part of our clean and secure energy future,” said Dr. Birol.

At the presidency’s request, the IEA contributed to this year’s G20 meeting an analysis identifying more than 100 innovation gaps across the energy system and recommendations for how to fill them, and a report on securing investment in low-carbon power generation.

The IEA’s G20 work also involves tracking progress towards phasing out inefficient fossil fuel subsidies that encourage wasteful consumption. This is done through an annual update in the “World Energy Outlook,” the IEA’s flagship publication, to be introduced in London on November 13, and a joint report with the Organisation for Economic Co-operation and Development.

At the G20 ministerial meetings, Dr. Birol presented findings from the new reports and spoke about energy access in Africa, tracking progress towards clean energy goals, and developments in the global trade in liquefied natural gas.

As part of the process, the UN Environment agency warned, “Energy efficiency investment needs to be scaled up urgently to deliver on the world’s agreed policy objectives for a clean energy transition.”

In the G20 Ministerial Communiqué, G20 member governments “recognize the key contribution that energy efficiency makes to energy transitions as well as the untapped potential as an affordable secure and sustainable means to provide energy services.”

The communiqué states that increasing energy efficiency is crucial to establishing “resilience, protection and development of a reliable energy infrastructure,” and pledges to advance the innovation and the deployment of energy efficient technologies, and to scale up investments and financing in energy efficiency.

Featured Image: A few of the first wind turbines to be installed as part of the East Anglia Array, a proposed series of offshore wind farms to be located around 30 miles off the east coast of East Anglia, in the North Sea, England. It is being developed in partnership by Vattenfall and ScottishPower Renewables, an Iberdrola company. (Photo courtesy ScottishPower Renewables)