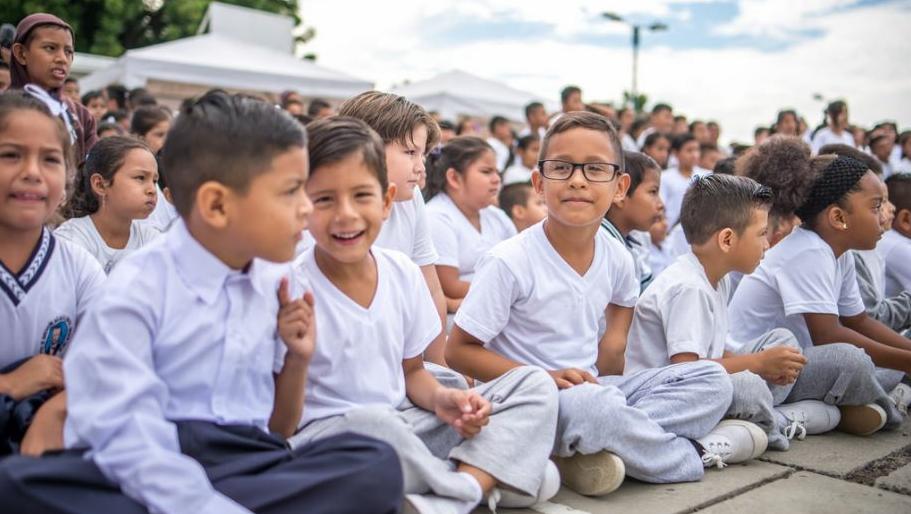 Students who are beneficiaries of the activities financed by UNICEF and developed together with their humanitarian partners. This photograph was taken as part of the coverage of recreational days for the prevention of Zika, during the development of the theater play “La Zancuda Patirrayas and the Zika Virus.” Manta, Manabí, Ecuador. March 2, 2017. (Photo by UNICEF) Creative Commons License va Flickr

BATH, Somerset, United Kingdom, November 5, 2018 (Maximpact.com News) – Present-day climate change could result in the spread of deadly mosquito-borne diseases to new places or their return to areas where they have already been eradicated, scientists are warning, based on the largest-ever study of the mosquito evolutionary tree, going back 195 million years.

These diseases – such as malaria, Yellow fever, Zika virus, and Dengue fever – cause millions of deaths each year.

While many of these diseases have been eradicated from Europe and are under control in other parts of the world, resurgence is possible.

New research from British and Chinese scientists at the Milner Centre for Evolution at the University of Bath, University of York  and China Agricultural University, shows that the rate at which new species of mosquitos evolve increases when levels of atmospheric carbon dioxide are higher.

Carbon dioxide levels today are higher than at any point in at least the past 800,000 years, according to the U.S. National Oceanic and Atmospheric Administration (NOAA).

The global average atmospheric carbon dioxide in 2017 was 405 parts per million (ppm), with a range of uncertainty of plus or minus 0.1 ppm.

The scientists say this is concerning because the greater the number of mosquito species, the more potential exists for new ways of vectoring diseases, and perhaps for new variants of those diseases.

Professor Matthew Wills, from the University of Bath’s Milner Centre for Evolution, said, “It’s only the female mosquitos that take a blood meal, and they use the CO2 that mammals and other vertebrates exhale as a very general cue to locate their hosts.”

“One line of thinking is that as ambient levels of atmospheric CO2 rose, as they have done in recent decades, mosquitos may have found it increasingly difficult to distinguish between the CO2 from their hosts and those background levels,” Wills speculated.

“Vision, body heat and other smells might then have become more important in locating their blood meals, but many of these cues tend to be more specific to particular hosts,” said Wills. “As a general rule, we know that strong host specificity can be an important driver of speciation within parasites, and the same may be true in mosquitos.”

The Bath, York and China Agricultural research found that while there is a link between rising carbon dioxide (CO2) levels and mosquito diversification, the association is more complicated than previously thought. Other factors – such as the diversity of mammalian hosts – contribute to an increase in the species richness of mosquitos.

Dr. Katie Davis, from the University of York’s Department of Biology, said, “We found that the increase in the diversity of mammals led directly to a rise in the number of mosquito species, and also that there is a relationship between CO2 levels and the number of mammal species.”

“But there are still missing pieces of this puzzle, so we can still only speculate at this stage,” she said.

“It is important to look at the evolution of the mosquito against climate change because mosquitos are responsive to CO2 levels. Atmospheric CO2 levels are currently rising due to changes in the environment that are connected to human activity, so what does this mean for the mosquito and human health?

“Despite some uncertainties, we can now show that mosquito species are able to evolve and adapt to climate change in high numbers. With increased speciation, however, comes the added risk of disease increase and the return of certain diseases in countries that had eradicated them or never experienced them before.”

Chufei Tang, formerly at the Milner Centre for Evolution and now at the China Agricultural University, said, “The rising atmospheric CO2 has been proven to influence various kinds of organisms, but this is the first time such impact has been found on insects. This research provides yet another reason for people to participate in low-carbon lifestyles.”

More research is needed to understand what climate change means for the future of the mosquito, and this research is expected to contribute to further discussions about the value of mosquitos to the ecosystem and how to manage the diseases they carry.