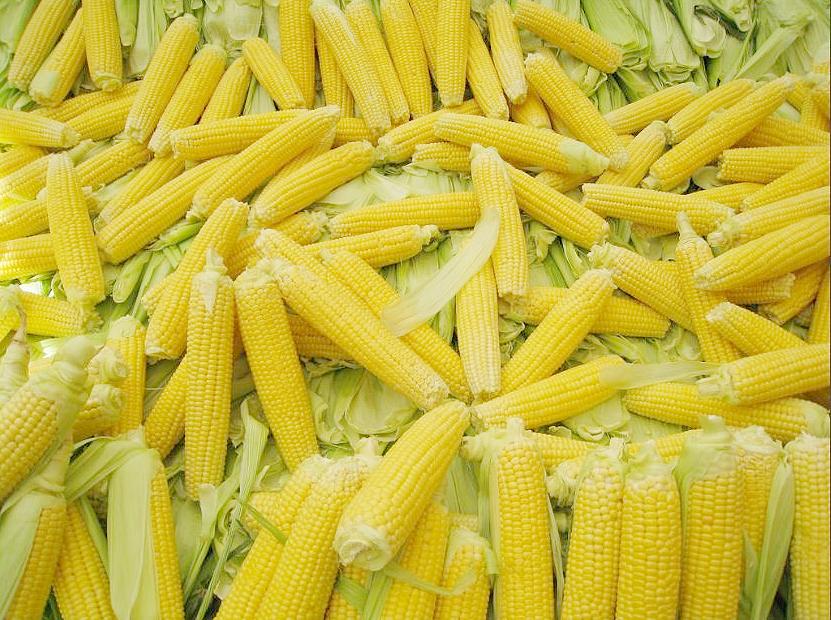 Volatility in the global grain market creates uncertainty for farmers and agribusinesses and can lead to price spikes that reduce access to food, warn researchers at the University of Washington, Stanford University and the University of Minnesota.

Corn, or maize, is grown more widely than any other crop. Used in food, cooking oil, livestock feed and vehicle fuel, corn is essential to the lives of billions of people. Price spikes could throw poorer people into hunger.

“Previous studies have often focused on just climate and plants, but here we look at climate, food and international markets,” said Tigchelaar, a UW postdoctoral researcher in atmospheric sciences.

“We find that as the planet warms, it becomes more likely for different countries to simultaneously experience major crop losses, which has big implications for food prices and food security,” she cautioned.

The top four corn-exporting countries – the United States, Brazil, Argentina, and Ukraine – collectively account for 87 percent of global corn exports. Currently, the probability of all four of these countries experiencing simultaneous yield losses greater than 10 percent of the present-day mean yield is negligible.

2°C warming and to 86 percent under 4°C warming, triggering a higher frequency of international price spikes.

“When people think about climate change and food, they often initially think about drought,” Tigchelaar said, “but it’s really extreme heat that’s very detrimental for crops. Part of that is because plants grown at a higher temperature demand more water, but it’s also that extreme heat itself negatively affects crucial stages in plant development, starting with the flowering stage and ending with the grain-filling stage.”

The authors write that their results “underscore the urgency of investments in breeding for heat tolerance.”

“Even with optimistic scenarios for reduced emissions of greenhouse gases, results show that the volatility in year-to-year maize production in the U.S. will double by the middle of this century, due to increasing average growing season temperature,” said co-author David Battisti, a UW professor of atmospheric sciences.

“The same will be true in the other major maize-exporting countries,” he said. “Climate change will cause unprecedented volatility in the price of maize, domestically and internationally.”

The authors say their results emphasize the importance of aggressive carbon dioxide emissions mitigation and also breeding crops for improved heat tolerance. Efforts to pursue new agricultural technology to ensure food security for a growing global population would be worthwhile, they say. 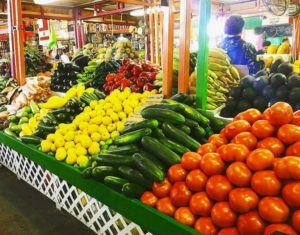 Vegetables Shrivel as Climate Heats Up

A separate study, also published Monday in the “Proceedings of the National Academy of Sciences,” finds that the global production of vegetables and legumes could be “significantly reduced through predicted future changes to the environment.”

Led by the London School of Hygiene & Tropical Medicine (LSHTM), this research is the first to systematically examine how increases in temperature and reduced water availability could affect the production and nutritional quality of common crops such as tomatoes, leafy vegetables and pulses.

If no action is taken to reduce the negative impacts on agricultural yields, the LSHTM researchers estimate that the environmental changes predicted for the second half of this century in water availability and ozone concentrations would reduce average yields of vegetables by 35 percent and and legumes by nine percent.

In hot settings such as Southern Europe and large parts of Africa and South Asia, increased air temperatures would reduce average vegetable yields by an estimated 31 percent.

The researchers conducted a systematic review of all the available evidence from experimental studies published since 1975 on the impacts of changes in environmental exposures on the yield and nutritional quality of vegetables and legumes. Experiments were conducted in 40 countries.

Previous research has shown that raised levels of the greenhouse gas carbon dioxide could increase crop yields, but this study identified for the first time that these potential yield benefits are likely to be canceled out in the presence of simultaneous changes in other environmental exposures.

Dr. Pauline Scheelbeek, lead author at LSHTM, said, “Our study shows that environmental changes such as increased temperature and water scarcity may pose a real threat to global agricultural production, with likely further impacts on food security and population health.

“Vegetables and legumes are vital components of a healthy, balanced and sustainable diet and nutritional guidelines consistently advise people to incorporate more vegetables and legumes into their diet,” said Dr. Scheelbeek. “Our new analysis suggests, however, that this advice conflicts with the potential impacts of environmental changes that will decrease the availability of these important crops unless action is taken.”

To lessen the risks that future environmental changes pose to these crops, researchers say that innovations to improve agricultural production must be a priority, including the development of new crop varieties as well as enhanced agricultural management and mechanization.

The LSHTM study was funded by the Wellcome Trust as part of its Our Planet, Our Health program.

Dr. Howie Frumkin, who heads Our Planet, Our Health at Wellcome, said, Improvements in agricultural technology have dramatically boosted the world’s food production over the last 80 or so years. But we mustn’t be complacent. Environmental changes, including more chaotic weather patterns and a warming climate, threaten our ability to feed the world’s people.”

“Some of the most important foods, and some of the world’s most vulnerable people, are at highest risk. This research is a wake-up call, underlining the urgency of tackling climate change and of improving agricultural practices,” said Frumkin.

The authors acknowledge the limitations of the study, including the shortage of evidence on the impact of environmental changes on the nutritional quality of vegetables and legumes. The research team identified this as an area requiring more research.

Professor Alan Dangour, senior author at LSHTM, said, “We have brought together all the available evidence on the impact of environmental change on yields and quality of vegetables and legumes for the first time.”

“Our analysis suggests that if we take a business as usual approach, environmental changes will substantially reduce the global availability of these important foods. Urgent action needs to be taken,” Dangour demanded, “including working to support the agriculture sector to increase its resilience to environmental changes, and this must be a priority for governments across the world.”