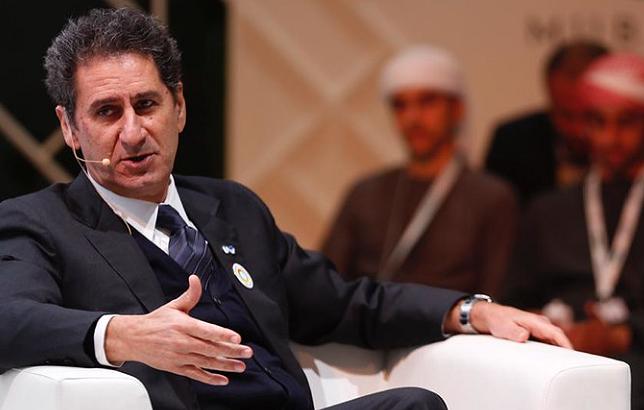 ABU DHABI, United Arab Emirates, July 16, 2021 (Maximpact.com News) – “We have no time. The window is closing and the pathway to a net-zero future is narrowing.” With these warning words, Francesco La Camera, who heads the International Renewable Energy Agency (IRENA), opened his Foreword to IRENA’s latest analysis, “World Energy Transitions Outlook.”

An intergovernmental organization that supports countries in their transition to a sustainable energy future, IRENA serves as the principal platform for international cooperation, a center of excellence, and a repository of policy, technology, resource and financial knowledge on renewable energy.

Headquartered in the renewable energy-powered city of Masdar in Abu Dhabi, the agency foresees renewable energy systems “starting profound changes that will reverberate across economies and societies” and more than doubling the number of jobs in the energy sector.

“Science is clear,” writes La Camera, “45 percent of global greenhouse gas emissions from 2010 levels must be reduced by 2030. Unfortunately, the

recent trends show that the gap between where we are and where we should be is widening. We are on the wrong path, and we need to change the course now.”

The 2020 Emissions Gap Report https://www.unep.org/emissions-gap-report-2020from the UN Environment office, UNEP, warns that “despite a brief dip in carbon dioxide emissions caused by the COVID-19 pandemic, the world is still heading for a temperature rise in excess of 3°C this century – far beyond the Paris Agreement goals of limiting global warming to well below 2°C and pursuing 1.5°C.”

“However,” UNEP says, “a low-carbon pandemic recovery could cut 25 percent off the greenhouse emissions expected in 2030, based on policies in place before COVID-19. Such a recovery would far outstrip savings foreseen with the implementation of unconditional Nationally Determined Contributions under the Paris Agreement, and put the world close to the 2°C pathway.”

The goal of keeping the global temperature rise to 1.5°C above pre-industrial levels is the most aspirational goal specified by the Paris Agreement on climate, which came into force in 2016. A 2°C goal is also set forth in the accord.

The IRENA Outlook details the path – but it’s not easy – changes in investments, capital markets and policies that if actualized will realize an energy transition dividend of 122 million energy jobs by 2050, more than double today’s 58 million.

“There is consensus that an energy transition grounded in renewables and efficient technologies is the only way to give us a fighting chance of limiting global warming by 2050 to 1.5°C,” said La Camera, an Italian economist who has led IRENA since April 2019.

With 30 years of experience in the fields of climate, sustainability, and international cooperation, most recently with the Italian Ministry of Environment, Land and Sea, La Camera has become a renewable energy champion.

“As the only realistic option for a climate-safe world, IRENA’s vision has become mainstream,” he says.

Realistic and Practical, IRENA Plans for a Net-Zero World

IRENA’s 1.5° Celsius pathway projects the creation of up to 122 million energy-related jobs by 2050. This goal would be accomplished by phasing out coal, limiting investments in oil and gas and a managed transition, as well as embracing technology, policy and market solutions that will put the global energy system on track for a 1.5°C pathway, IRENA advises. 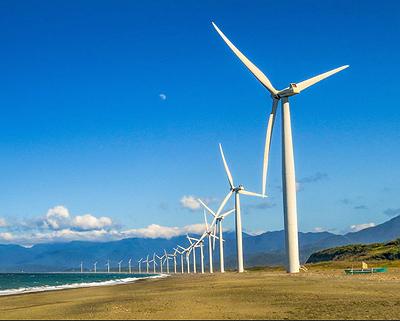 The Northwind Bangui Bay Project is located at the municipality of Bangui, Ilocos Norte, Philippines at the northwest tip of Luzon island where the wind blows toward land. December 15, 2018 (Photo by Wayne S. Grazio) Creative commons license via Flickr

If humanity does manage to change energy paths from fossil fuels to renewables, it will have a positive impact on the world’s economy. “Within 10 years accelerating energy transitions on a path to climate safety can grow the world’s economy by 2.4 percent more than what’s expected from current plans,” IRENA calculates.

“This Outlook represents a concrete, practical toolbox to total reorientation of the global energy system and writes a new and positive energy narrative as the sector undergoes a dynamic transition,” said La Camera.

All it will take to accomplish this reorientation, IRENA reports, are, “Sharp adjustments in capital flows and a reorientation of investments … to align energy with a positive economic and environmental trajectory.”

The annual investment of US$4.4 trillion needed to make the transition happen is high, IRENA admits, but says, “It is feasible and equals to around five percent of global GDP in 2019.”

We are making some progress toward a cooler planet. Since 2014, more renewable power than fossil fuels and nuclear combined has been added to the grid every year, La Camera reports. Renewable power technologies now dominate the global market for new electricity generation capacity, as they have become the cheapest sources of electricity in many markets.

A record 260 gigawatts of renewables-based generation capacity was added globally in 2020, more than four times the capacity added from other sources, the Outlook states.

This is encouraging, as IRENA warns that the next decade will be “decisive” to hit the targets of the Paris Agreement and the United Nations Sustainable Development Goals. Any delay will result in further warming, with profound and irreversible economic and humanitarian consequences.

“Energy transformation will drive economic transformation,” explained La Camera. “Energy transition is a daunting task but can bring unprecedented new possibilities to revitalize economies and lift people out of poverty.”

By 2050, a total US$33 trillion of additional investment into efficiency, renewables, end-use electrification, power grids, flexibility, hydrogen and innovations are required, the agency estimates. “The benefits, however, greatly exceed the costs of investments,” IRENA says.

“Each country will define what is the best for them,” La Camera said, “but collectively, we must ensure that all countries and regions can realize the benefits of the global energy transition for a resilient and more equitable world. We have the know-how, we have the tools, we need to act, and do so now.”

by Sunny Lewis for Maximpact