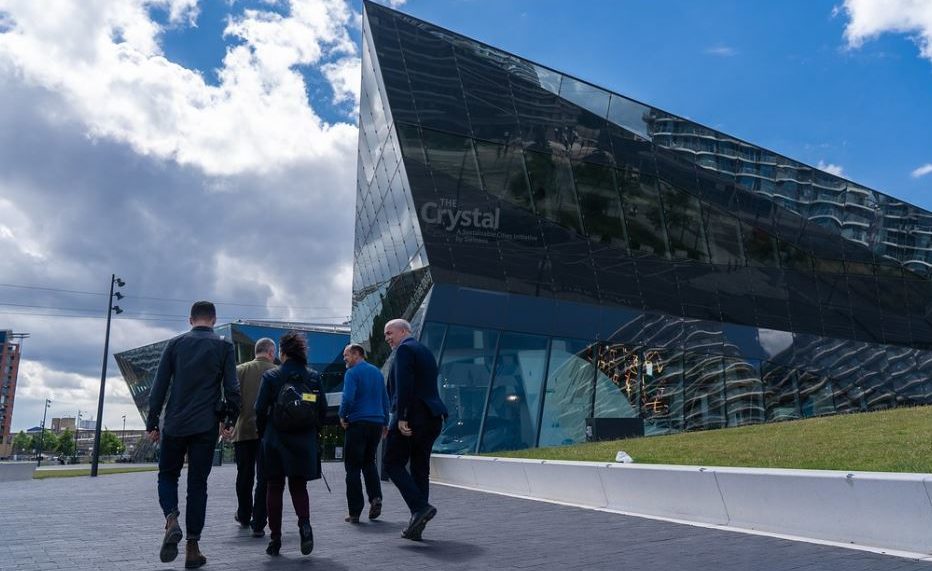 PARIS, France, July 17, 2019 (Maximpact.com News) – Government ministers, top business executives and thought leaders from around the world have been named to a new high-level global commission on ways to rapidly accelerate progress on energy efficiency through new and stronger policy action.

The International Energy Agency has established the new independent Commission for Urgent Action on Energy Efficiency under the honorary chairmanship of Prime Minister Leo Varadkar of Ireland and today announced its members.

Current and former ministers for energy and environment from Denmark, Germany, Ireland, Japan, Luxembourg, Morocco, New Zealand and Spain are on the Commission.

Dr. Amani Abou-Zeid, the African Union Commissioner for Energy and Infrastructure, and Dr. Wan Gang, the previous Chinese Minister of Science and Technology, known in China as the “father of new energy vehicles,” have also agreed to take part.

Plans for the Commission were first announced last week at the IEA’s largest ever Global Conference on Energy Efficiency in Dublin, Ireland.

More than any single fuel, energy efficiency has a central role to play in meeting global sustainable energy goals.

The IEA calculates that with the right policies, the global economy could double in size by 2040 while still maintaining broadly the same level of energy use as exists today.

Those policies alone would empower the world to achieve more than 40 percent of the emissions cuts needed to reach international climate goals using cost-effective technologies already available, according to the IEA’s analysis.

But policy implementation has slowed and efficiency progress is weakening. Global energy-related CO2 emissions increased last year at their highest rate since 2013, and air pollution continues to be linked to millions of premature deaths each year.

“It is imperative that we get global energy efficiency progress back on track,” said Dr. Fatih Birol, the IEA’s executive director. “I’m delighted that Prime Minister Varadkar and other eminent figures from around the world have agreed to commit their energy and ideas to this vital project.” 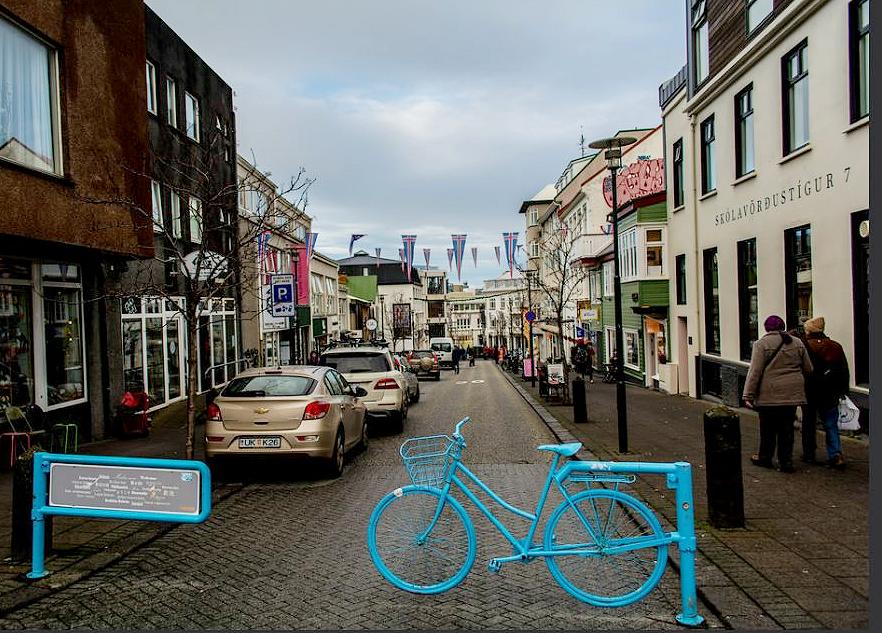 Iceland’s capital Reykjavik tops the list of energy efficient cities worldwide. Reykjavik relies on renewable hydropower and geothermal plants to provide all of the heat, electricity and hot water for its more than 120,000 citizens. November 2, 2016 (Photo by Erik Cooper) Creative Commons license via Flickr

If countries implement all the economically viable energy efficiency potential available today, consumers around the world could save more than half a trillion US dollars through lower energy bills by 2040, while greenhouse gas emissions, air pollution in cities and dependence on energy imports could all be reduced.

But this will require firm and rapid action from governments, the IEA believes.

The focus of the new energy efficiency panel will be on key policy actions that can be taken by countries across the globe. It promises to produce a concise list of clear, actionable recommendations next year.

Right now, at the same time as the IEA revealed the make-up of the Commission, the agency launched a new online tool that tracks oil and gas-related sources of methane, a major and often overlooked greenhouse gas.

IEA projections suggest that oil and natural gas will play important roles in the energy system for years to come, even under strong decarbonization scenarios aligned with international climate goals.

Reinforcing efforts to minimize methane emissions along oil and gas supply chains is an essential complement to the reductions in carbon dioxide (CO2) being led by increased efficiency and deployment of clean energy technologies.

The concentration of methane in the atmosphere is currently around two-and-half times greater than pre-industrial levels and increasing steadily. This rise has important implications for climate change as methane is a potent greenhouse gas. The energy sector is one of the largest sources of methane emissions originating from human activity.

IEA analysis has determined that global methane emissions from the oil and gas sectors could be reduced by nearly half at no net cost.

The new “methane tracker” offers a comprehensive global picture of current methane emissions, covering eight industry areas across more than 70 countries. It details the reductions that are possible using existing technology and sheds light on this underexplored component of energy transitions.

A new study, “The Role of Gas in Today’s Energy Transitions,” released by the IEA alongside the methane tracker, shows that an additional 1.2 billion tonnes of CO2 could swiftly be abated by switching to gas using existing infrastructure, if prices and regulation are supportive. This would be enough to bring global CO2 emissions back down to where they were in 2013.

“The oil and gas sectors have an open goal in front of them,” said Birol. “They can avoid close to 50 percent of their methane emissions without hurting the bottom line. Doing so would have the same long-term climate benefits as immediately eliminating emissions from more than half the cars on the road worldwide.” 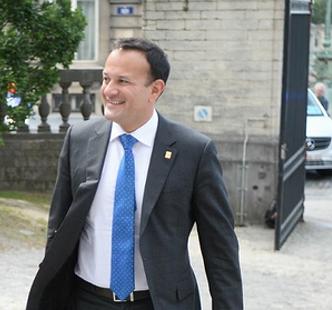 The Commission for Urgent Action on Energy Efficiency

Jürgen TRITTIN, Member of the Bundestag and Former Federal Minister for the Environment, Nature Conservation and Nuclear Safety, Germany

Dr. WAN Gang, President of the China Association for Science and Technology

Dr. Kandeh YUMKELLA, Former Special Representative of the UN Secretary-General for Sustainable Energy for All

Energy efficiency is increasingly being recognized as a valuable asset in the fight against climate change.

Last month, energy and environment ministers from G20 countries met for their first-ever joint ministerial meeting. Held under the G20 Presidency of Japan, in Karuizawa. The G20 Ministerial Meeting on Energy Transitions and Global Environment for Sustainable Growth discussed energy efficiency as a central pillar for achieving sustainable and clean energy systems for all economies.

The Ministerial Communiqué, issued at the conclusion of the meeting, confirms the overall trend from previous presidencies and shows the G20’s commitment to scaling up energy efficiency policies and programmes and its continuous support for the implementation of activities under the G20 Energy Efficiency Leading Programme (G20 EELP) coordinated by the International Partnership for Energy Efficiency Cooperation.

In the Communiqué, G20 members “recognise the key contribution that energy efficiency makes to energy transitions as well as the untapped potential as an affordable secure and sustainable means to provide energy services.” The Communiqué states that increasing energy efficiency is crucial to establishing “resilience, protection and development of a reliable energy infrastructure.”

International collaboration can help establish energy efficiency’s role in tackling environmental challenges across sectors. G20 members noted their desire to continue exploring the potential and impact of energy efficiency in heating and cooling as well as the buildings sector.

The G20’s commitment towards energy efficiency at the Karuizawa Ministerial provides strong momentum for future G20 Presidencies to carry the collaborative work forward and continue to support energy efficiency polices for a sustainable energy transition.

Featured Image: At UN Headquarters in New York, old compressors, which for decades air conditioned the historic building, are replaced by new and more energy efficient equipment. The renovation of the UN Headquarters complex aims at bringing it into compliance with building and fire safety codes and modern standards for security, energy efficiency, sustainability and accessibility. 2011 (Photo by Rick Bajornas / UN Photo) Posted for media use.