A Closer Look At The Scale of River Pollution in Brazil 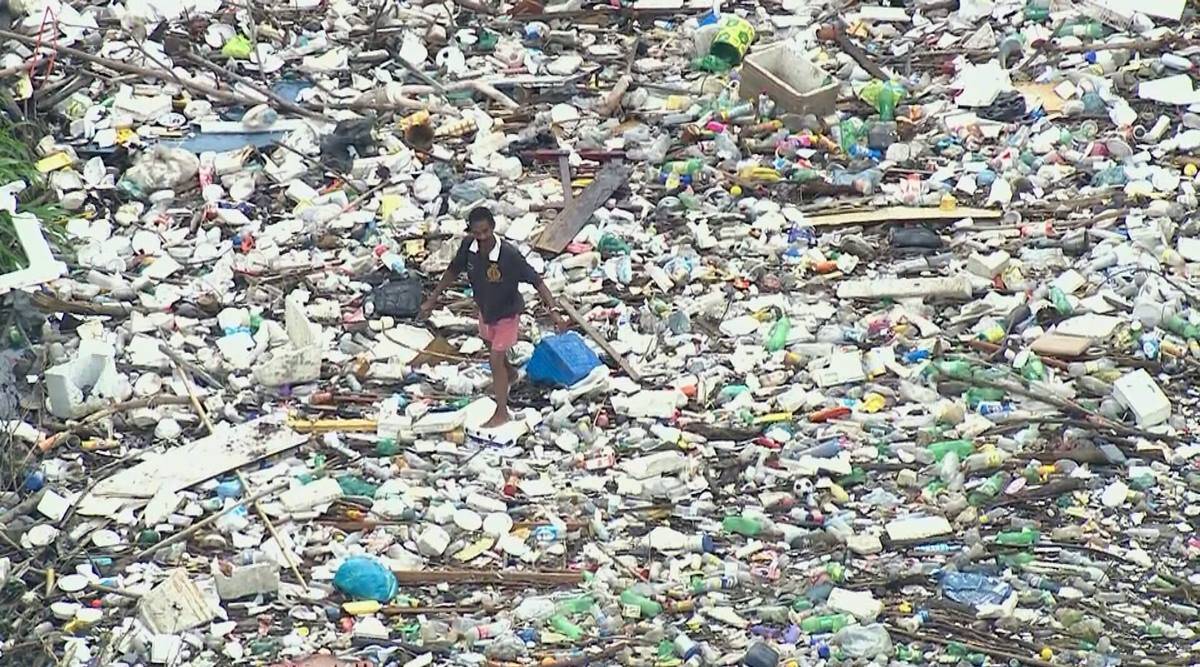 Maximpact.com Sustainability News | 14 July 2022
Brazil is home to some of the most extensive and complex river systems in the world and has eight large drainage basins which drain directly into the Atlantic Ocean.

The Amazon river acts as the main source of drainage for the country of Brazil, and is the most extensive river system on the planet. As well as this, lays the São Francisco in the north-east and east of the country as well as the Paraguay-Paraná-Plata to the south and the Tocantins-Araguaia which lays in the north of the country.

Brazil is home to some 215 million(1) people, with two of the country’s largest cities, Rio de Janeiro and São Paulo containing over 13 million(2) and 22 million(3) people respectively. Both cities are home to a plethora of coastal beaches, which over the years have become coated with sewage and trash. The water has turned to a noxious black liquid and the sands have become a dirty, disgusting sludge, making them borderline unusable.

The country received international attention back in 2016, when the 2016 Olympics were held in Brazil. The river and water pollution was brought into the media spotlight, and athletes and spectators were heavily advised to spend little time in the water as well as being advised to cover any cuts or open wounds they have before entering.

This advice was given due to the large amount of sewage, trash and pollution that flows into the bays from many of Brazils rivers.

Water and river pollution has become an increased environmental concern throughout the country with many of the favelas in the northern parts of Rio de Janeiro being particularly badly effected. The water contains large amounts of bacteria and viruses that would likely lead to life threatening repertory and stomach illnesses.

What Is Causing The Pollution?

There are a number of different factors which are causing serious harm and pollution to many of Brazil’s rivers. These include mining, urbanisation and agriculture (4).

Due to the rapid population growth which Brazil is currently experiencing, and over half of the country’s population having little to no access to clean water, has seen many of the rivers and water systems overwhelmed with organic waste and garbage being disposed of in the rivers.

Extensive mining for resources and precious metals throughout Brazil has also led to massive amounts of pollution and waste finding its way into the country’s rivers.

All of these factors are the main contributors to the majority of Brazil’s river pollution. The waste eventually finds its way to the coastline of many of Brazil’s major cities before eventually flowing into the Atlantic Ocean.

What Is Brazil Doing To Prevent River Pollution?

The Brazilian government is attempting to introduce a number of solutions and legislation to help combat the country’s extensive river pollution. One of these is to vastly limit the amount of single use plastic being used throughout the country, in the hopes that it will reduce the amount of plastic ending up in many of the country’s rivers (5).

Brazil is the 4th largest country in the world for plastic production, so it is no real surprise that plastic waste is a heavily contributing factor to river pollution. 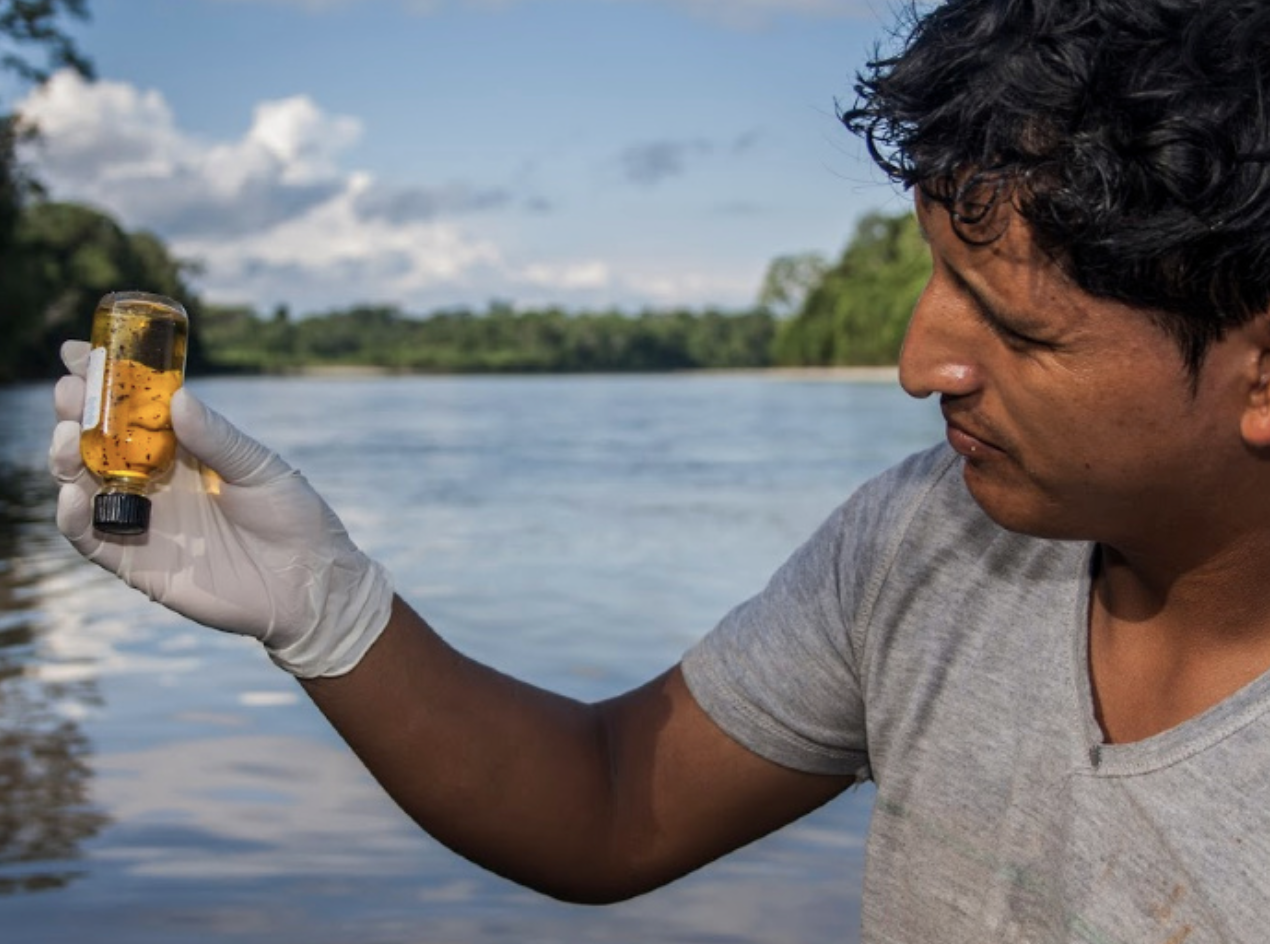 The Brazilian government built “eco-barriers” across streams and rivers to prevent waste from drifting into Guanabara Bay in response to global criticisms. The eco-barriers, however ineffectual, also adversely affected the underprivileged and marginalized local fishing populations by blocking the waterways that fishermen used to travel to Guanabara Bay.

Even worse, only around 7.5% of the waste was collected by the eco-barriers, which did little to stop the flow of waste into Guanabara Bay. The situation of water contamination in Brazil is only made worse and prolonged by the ineffectiveness of government measures like these.

There is talk of the government introducing a cheap to produce, plastic shredder and moulding machine that can produce plastic sculptures or souvenirs that could then be sold to visitors at famous spots in Rio is a suggested solution to assist litter pickers extract more benefit from plastic garbage within the purview of the Clean Urban Delta Program. Locals would have the chance to greatly increase their income, while the government might find some respite for Brazil’s water contamination issue.

What Could Brazil Do To Reduce River Pollution?

In order to reduce further pollution seeping into the rivers through Brazil, there would need to be an increased focus on picking up litter and disposing of garage. This could mean the introduction of more bins and garbage disposal facilities throughout the country so that people can properly dispose of household waste and plastics. Furthermore, an increase in the amount of money available to the public and council sectors would need to be introduced to handle the infrastructure change.

A conscious effort could be made to control where fertilizer is being spread as well as ensuring that it remains in grassy areas as opposed to seeping into rivers or onto roads.

Preventing the dumping of toxic or organic waste into rivers could help reduce and prevent the number of harmful bacteria ending up in many of Brazil’s rivers, which could help to reduce the dangers the river pollution is having on both humans and the environment throughout the country. This can further help reduce the spread of water bred illnesses and diseases that can be contracted from the contaminated water.

Using a combination of these methods would help see a major reduction in the river pollution in Brazil, but only time will tell.

If you have suggestions, solutions or technology you know of that can help, let us know!