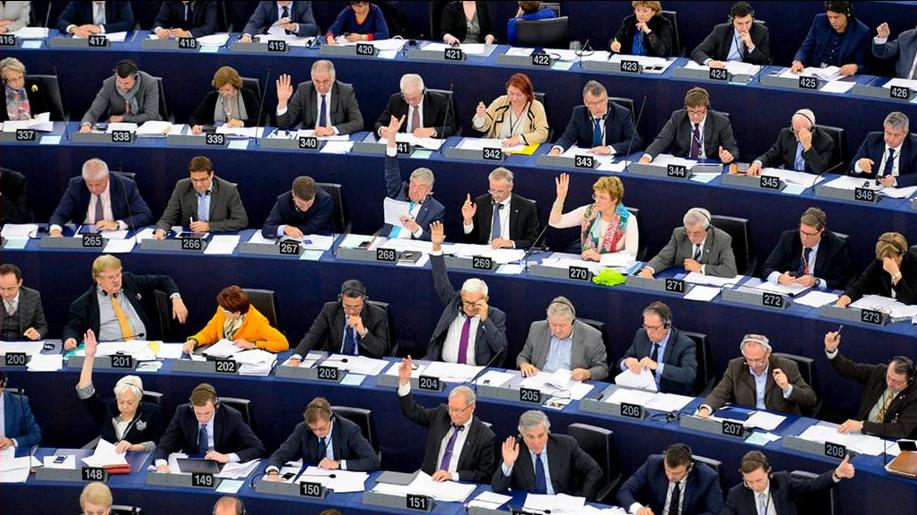 BRUSSELS, Belgium, December 30, 2015 (Maximpact.com News) – The European Commission has adopted a new Circular Economy Package it says will help European businesses and consumers contribute to “closing the loop” of product lifecycles through greater recycling and re-use.

But Members of the European Parliament are critical of the new package.

The Commission says its plan will extract the maximum value and use from all raw materials, products and waste, encouraging energy savings, reducing greenhouse gas emissions and bringing benefits to Europe’s environment and economy.

The changes are needed, the Commission says, because global competition for resources is increasing. The concentration of resources outside the EU, particularly critical raw materials, makes industry and society within the 28 Member States dependent on imports and vulnerable to high prices, market volatility, and the political situation in supplying countries.

The new Circular Economy Package sets a common EU target for recycling 65 percent of municipal waste and 75 percent of packaging waste by 2030.

The plan calls for a binding target to reduce landfill to a maximum of 10 percent, with a complete ban on landfill for separately collected waste.

There will be economic incentives for producers to put greener products on the market and support recovery and recycling schemes for packaging, batteries, electric and electronic equipment as well as vehicles, among other products.

There are also plans to harmonize the way recycling rates are calculated across the Member States.

The proposals require action at all stages of the life cycle of products – from the extraction of raw materials, through material and product design, the production, distribution and consumption of goods, repair, re-manufacturing and re-use schemes, all the way through to waste management and recycling.

All these stages are linked. For instance, use of certain hazardous substances in the production of products can affect their recycling potential, and improvements in terms of resource and energy efficiency can be made at all stages.

In July 2014, under President Jose Barroso, the Commission adopted a Circular Economy Package that included a proposal for the review of waste legislation in response to the legal obligation to review the targets of three Directives: the Waste Framework Directive, the Landfill Directive, and the Packaging and Packaging Waste Directive.

Then, on November 1, 2014, a new Commission took office under President Jean-Claude Juncker. In its 2015 Work Programme, the Juncker Commission announced its intention to withdraw the 2014 proposal on Waste Review and to replace it with a new, more ambitious proposal to promote the circular economy by the end of 2015.

First, the overall approach presented in July 2014 had an exclusive focus on waste management, without exploring synergies with other policies such as the development of markets for secondary raw materials.

On December 2, the Juncker Commission presented its new Circular Economy Package to the European Parliament.

The new initiative would establish a framework to overcome past shortcomings and create conditions for the development of a circular economy “with a clear and ambitious political vision combined with effective policy tools that can drive real change on the ground,” the Juncker Commission said. 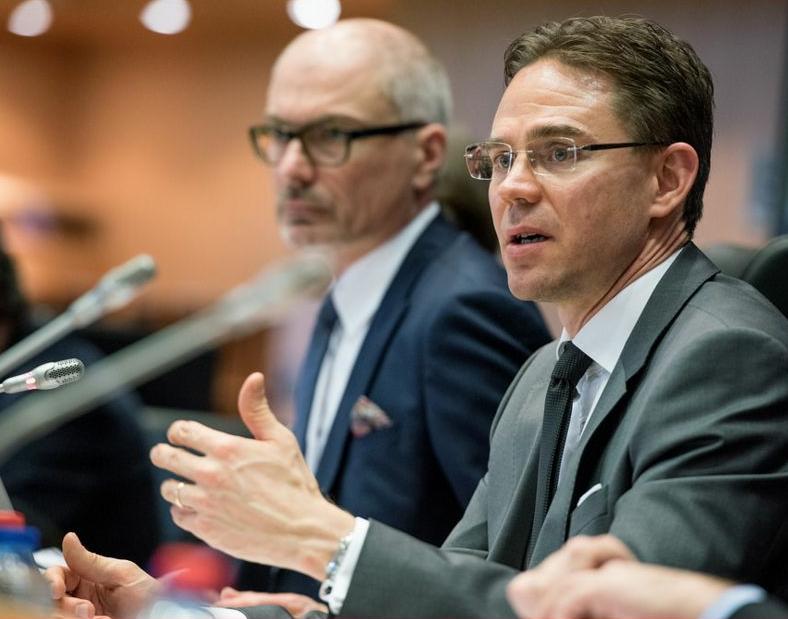 The package was prepared by a core project team co-chaired by First Vice-President Frans Timmermans and Vice-President Jyrki Katainen, with the close involvement of Commissioner for Environment, Fisheries and Maritime Affairs Karmenu Vella and Commissioner for Internal Market, Industry, Entrepreneurship and SMEs Elżbieta Bieńkowska.

Timmermans, responsible for sustainable development, said, “Our planet and our economy cannot survive if we continue with the ‘take, make, use and throw away’ approach. We need to retain precious resources and fully exploit all the economic value within them.”

“The circular economy is about reducing waste and protecting the environment, but it is also about a profound transformation of the way our entire economy works,” Timmermans said. “By rethinking the way we produce, work and buy we can generate new opportunities and create new jobs. With today’s package, we are delivering the comprehensive framework that will truly enable this change to happen.”

“It sets a credible and ambitious path for better waste management in Europe with supportive actions that cover the full product cycle. This mix of smart regulation and incentives at EU level will help businesses and consumers, as well as national and local authorities, to drive this transformation,” said Timmermans.

Katainen, responsible for jobs, growth, investment and competitiveness, said, “These proposals give a positive signal to those waiting to invest in the circular economy. Today we are saying that Europe is the best place to grow a sustainable and environmentally-friendly business.”

“This transition towards a more circular economy is about reshaping the market economy and improving our competitiveness,” said Katainen, a former Finnish prime minister. “If we can be more resource efficient and reduce our dependency on scarce raw materials, we can develop a competitive edge. The job creation potential of the circular economy is huge, and the demand for better, more efficient products and services is booming.”

The Juncker Commission is in partnership with the European Investment Bank to fund the new package.

On December 10, Vella blogged that the partners signed an amendment to the InnovFin Delegation Agreement “that will enable higher-risk, yet innovative sustainable business models and plans to access credit through InnovFin – an EU finance support programme under Horizon 2020.”

Funding of over €650 million under Horizon 2020 and €5.5 billion under the structural funds will suppport the new Circular Economy Package, the Commission said.

“The proposals are a powerful enabling framework, but we will also need substantial private sector funding directed towards the circular economy,” wrote Vella. “The European Fund for Strategic Investment (the ‘Juncker Plan’) is one tool to support this. The Commission would like to also guide future investment, steering it more towards green choices, with progressive divestment from unsustainable activities.”

Vella wrote that the EIB, the Commission and national banks plan to work together to increase awareness of circular economy financing.

But many Members of the European Parliament are not impressed with the new package.

The 65 percent target is a point of contention. Although the Juncker Commission says the new package is far more ambitious than its predecessor, MEPs point out that Barroso’s team wanted to introduce a 70 percent target in 2014.

Karl-Heinz Florenz, a German Member of the European Parliament who sits with the European People’s Party group, told the “Parliament Magazine” that the new proposal amounts to “much ado about nothing.”

Progressive Alliance of Socialists and Democrats Vice-Chair Kathleen Van Brempt of Belgium said, “This ambitious roadmap needs to be supported by specific targets, and our political group will try to build a consensus in the Parliament to introduce those targets, to make sure the roadmap is accomplished.”

Gerben-Jan Gerbrandy, shadow rapporteur on the circular economy with the Group of the Alliance of Liberals and Democrats for Europe, accused the Commission of, “wasting months of work and many hours of parliamentary time.”

“With a weakened waste proposal and an action plan copy-pasted from the 2010 roadmap to a resource efficient Europe, it’s clear the European Commission is failing to deliver on this important agenda for growth and jobs,” the Dutch MEP told the “Parliament Magazine.”

Greens/European Free Alliance Group Vice-Chair Bas Eickhout commented, “While we welcome the fact that the Commission has finally come forward with revised proposals on the circular economy, we are concerned that the plans are undermined by the reduced ambition. This is contrary to the commitment by the Commission for a more ambitious proposal.”

“A year on from the initial decision by the Commission to withdraw its original proposals, we have lost both time and ambition in the push to stimulate the circular economy at EU level,” said Eickhout.

Green environment spokesperson Davor Škrlec said, “It is a major shame that the Commission is not seeking to maximize the potential of the circular economy. We will seek to address some of the shortcomings in Parliament.”

Responding to criticism of the new package, Vice President Timmermans pointed out that the legally-binding 10 percent cap on land-filling was, “completely new” and that the 65 percent target for recyclables was, “an extremely ambitious goal, which for many member states will require a huge effort.”

Vice President Katainen said, “We will remove barriers that make it difficult for businesses to optimize their resource use and we will boost the internal market for secondary raw materials. We want to achieve real progress on the ground and look forward to delivering on this ambition together with not only Member States, regions and municipalities, but also businesses, industry and civil society.” 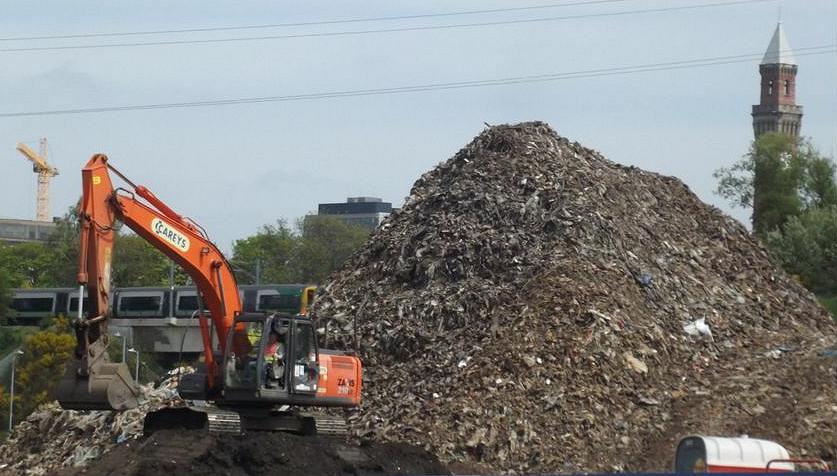 One thought on “Closing the Loop: EU Quarrels Over Circular Economy Plan”