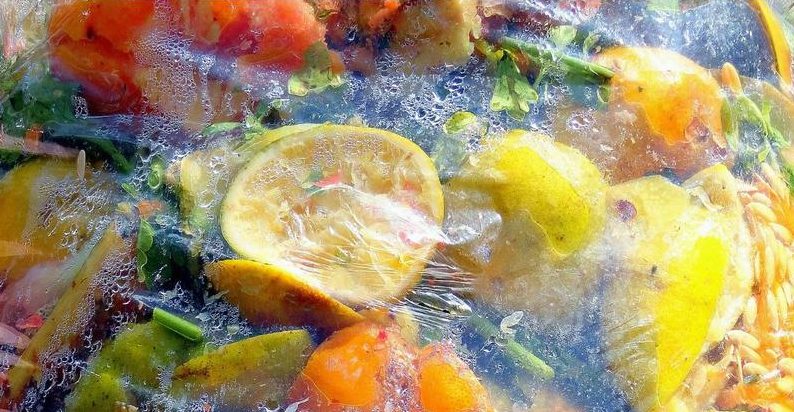 BRUSSELS, Belgium, May 9, 2019 (Maximpact.com News) – Every year about 20 percent of the food produced in the European Union is lost or wasted, while 43 million EU residents cannot afford a quality meal every second day. Now, based on a new methodology, EU Member States will be expected to fight food waste by collecting and sharing information to provide the first new hard data on food waste levels to the European Commission by mid-2022.

To focus public attention on preventing food waste, First Vice-President Frans Timmermans said Monday, “Food waste is unacceptable in a world where millions still suffer from hunger and where our natural resources, which make human life and wellbeing possible, are becoming increasingly scarce. That is why we have defined food waste prevention as a key priority in building a circular economy and a sustainable society.”

Revised legislation to control food waste, adopted in May 2018 as part of the Circular Economy Action Plan, requires EU Member States to implement national food waste prevention programs and to reduce food waste at each stage of the supply chain, monitor and report on food waste levels.

The EU is committed to solving this problem and putting its food system onto a sustainable path, Timmermans pledged, but before the government can take effective action, more data on food waste is needed.

To close the knowledge gap, the European Commission has adopted a new Delegated Act  setting forth a common food waste measurement methodology to support Member States in quantifying food waste at each stage of the food supply chain.

Delegated acts are legally binding measures that enable the Commission to supplement or amend non‑essential parts of EU legislative acts, for example, in order to define detailed measures. The Commission adopts the delegated act and if the Parliament and Council have no objections, it enters into force.

This Delegated Act introduces specific measures on food waste prevention that are expected to provide the EU with new and consistent data on food waste levels. But it’s not a done deal yet. The Delegated Act is subject to scrutiny by co-legislators and will be sent to Parliament and Council by the end of July.

Based on a common definition of food waste, the newly adopted methodology is expected to ensure coherent monitoring of food waste levels across the EU.

“To deliver change,” Timmermans said, “we have to be able to properly measure food waste. I am pleased to see the EU developing the first ever comprehensive food waste measurement methodology and blazing the trail globally.”

Preventing food waste was identified as a priority area in the Circular Economy Action Plan adopted by the Commission in December 2015.

And food waste is one of 10 major indicators of the Circular Economy Monitoring Framework , showing where the EU is in the transition from linear “make-use-dispose” to circularity, where loss of resources is minimized.

The new EU reporting framework is expected to help standardize reporting of food waste levels by business and contribute to global monitoring of Sustainable Development Goal Target 12.3, “By 2030, halve per capita global food waste at the retail and consumer levels and reduce food losses along production and supply chains, including post-harvest losses.”

“The business case for food waste prevention is convincing,” Jyrki Katainen, vice-president for jobs, growth, investment and competitiveness, and in charge of health and food safety, said Monday in a keynote address to the EU Platform on Food Losses and Food Waste. “Research shows a 14:1 return on investment for companies which integrated reduction of food loss and waste in their operations.”

With support of the EU Platform on Food Losses and Food Waste and other expert groups, the Commission will closely follow the implementation of the Delegated Act, organizing regular exchanges with Member States to encourage practical implementation and share learning.

“I count on the active participation of food business operators to measure, report and act on food waste levels,” said Katainen. “In food waste, as in life, what gets measured, gets managed. To be able to implement effective national food waste prevention programmes and promote circularity in the food chain, we need to know where, what, how much and why we are losing food resources. We are making the decisive step to get this knowledge.”

The EU’s action plan to fight food waste aims to help achieve the global Sustainable Development Goal Target 12.3 to halve per capita food waste at the retail and consumer level by 2030, and reduce food losses along the food production and supply chain. 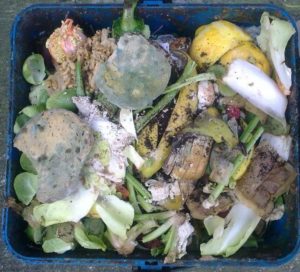 The public had a chance to weigh in on the new food waste methodology during a month-long public consultation that closed on April 4, 2019. Click here  to see all the feedback comments.

Some comments raised issues that the Commission omitted from the new methodology.

France Nature Environment, a federation of 3,000 environmental groups in France and its overseas territories, pointed out several such omissions.

While commending the Commission’s “recognition of food waste as an urgent issue which needs to be addressed to ensure environmental sustainability” and the obligation on member states to measure food waste as “an excellent step in this direction,” Administrator Penelope Vincent-Sweet expressed concern that the new methodology does not include harvestable food that farmers plough back in or leave to rot in the fields.

“It is vital that the EU provides guidelines to enable member states to at least voluntarily report their harvest food waste,” commented Vincent-Sweet.

The timing matters too, Vincent-Sweet wrote. “The Commission needs to urgently clarify that food wasted at later stages of the supply chain, but then returned to their agricultural suppliers to be ploughed back into the field, should be measured as food waste at the stage of the supply chain where it is wasted, before it is returned to the farm. Otherwise, this is a significant loophole which could perpetuate and worsen the current situation of companies dumping food waste on their agricultural suppliers.”

If it is not legally possible to include harvest food waste in the compulsory measurement by Member States, Vincent-Sweet asked the Commission to add harvest food waste as a type of waste on which member states can voluntarily report.

La Coldiretti (Confederazione Nazionale Coltivatori Diretti), a business association representing Italian agriculture, commented, “It is necessary to exclude from the measurement the quantities of food redistributed for human consumption and used for the production of [animal] feed, as they do not integrate the notion of waste and are not elements that go to waste.’

Coldiretti reports that terrible whether this spring has damaged vineyards and felled trees, torn the covers off greenhouses and destroyed nurseries in Lombardy, while in Emilia Romagna flooded fields and torn greenhouses are reported. A sharp drop in temperature after a hot, dry winter threatens to compromise the production of fruit that is just beginning to gather. Coldiretti forecasts losses to growers of millions of euros.

The business association FoodDrinkEurope, based in Belgium, is “firmly committed to supporting the implementation of the UN SDG 12.3 to halve food waste by 2030” and is an active member of the EU Platform on Food Losses and Food Waste.

“The potential combination of methodologies as proposed under Annex III of the document could lead to reports not being comparable,” FoodDrinkEurope points out. “We recommend limiting the number of methodologies and make sure similar and comparable methodologies are used in the most effective and consistent manner in all Member States.”

Globally, close to one-third of all food produced for human consumption is lost or wasted from the farm to the fork, causing economic, social, and environmental impacts.

Food loss and waste causes about €838 billion (US$940 billion) per year in economic losses around the world. It exacerbates food insecurity and malnutrition.

And food that is ultimately lost or wasted consumes about a quarter of all water used by agriculture, requires land areas that total the size of China and is responsible for an estimated eight percent of global greenhouse gas emissions.

Reducing this food loss and waste is a triple win. Reductions can save money for farmers, companies, and households. Wasting less means feeding more. And reductions alleviate pressure on climate, water, and land resources.