Conflict-Free Diamonds May Still Be Flawed 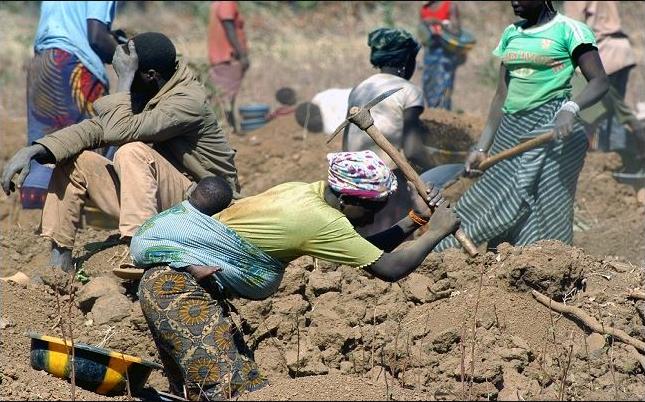 Artisinal miners in Zimbabwe endure punishing conditions in search of the precious stones. (Photo courtesy Zimbabweland) Posted for media use

In its seventh annual Sustainability Report, released late last month, Tiffany & Co. is detailing its progress in 2016 towards realizing its commitments to environmental and social responsibility, even as evidence surfaces that in Africa the conflict diamond trade still exists.

“Responsible behavior is an implicit part of the Tiffany brand promise. Along with artful design, great craftsmanship and gracious service, it is a critical dimension of our competitive advantage and defines the relationship with our customer,” writes Michael Kowalski, Tiffany’s chairman of the Board and interim chief executive officer in the 2016 Sustainability Report.

“We design and craft our jewelry and objects to stand the test of time. Clearly we owe the same commitment to the natural world that inspires our work and provides the precious materials we use,” writes Kowalski. “That is why we are absolutely committed to operating a rigorously controlled, transparent and ethical supply chain that can assure that promise of responsibility.”

The three big issues that define Tiffany’s move toward sustainability are:

Kowalski vigorously takes issue with President Donald Trump’s policies, declaring, “Even though the political landscape has changed, our approach to running a socially and environmentally responsible business has not.”

Containing Tiffany’s greenhouse gas emissions is a point of pride for the company, Kowalski writes, and Tiffany joined with many other companies in an appeal to the U.S. president not to abandon the Paris Agreement on climate, a policy Trump announced in June.

“We are backing this advocacy with a renewed focus on reducing impacts on climate change in our business and value chain,” Kowalski writes. 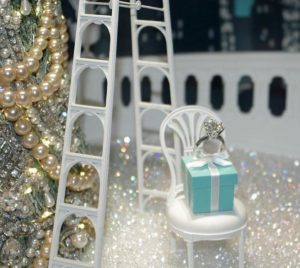 Tiffany also opposes the Trump administration’s proposed rollback of national monuments, announced in August, which Kowalski says will financially benefit the few “to the detriment of the many who value the extraordinary natural and cultural treasures these lands contain.”

Kowalski writes that Tiffany believes “the mining industry should embrace a new, thoughtful approach to public lands,” and supports “legislative reform that holds mines accountable for responsible closure and ensures the cleanup of abandoned mines.”

Tiffany also opposes mining in special places like Bristol Bay, Alaska, where the proposed giant Pebble Mine would extract copper, gold and molybdenum, threatening one of the world’s greatest remaining wild salmon fisheries.

All these are important issues, but the most crucial standard, the one that would cause the greatest harm if it is not met, is that of the ethical sourcing of diamonds to avoid trade in conflict diamonds, sometimes called blood diamonds.

These are defined as stones illegally traded to fund violence by rebel movements and their allies seeking to undermine legitimate governments, particularly in central and western Africa. Now the definition could be expanded to include human rights abuses.

In 2016, Tiffany counts among its achievements that the company sourced 100 percent of its rough diamonds either directly from a known mine or from a supplier with known mines.

Most Tiffany diamonds are dug from known mines in Botswana, Canada, Namibia, Russia, Sierra Leone and South Africa, according to the 2016 Sustainability Report.

Kowalski says Tiffany goes above and beyond the Kimberley Process to source its diamonds with even greater respect for the environment and human rights.

The Kimberley Process, by which diamonds are certified as ethically produced, began when Southern African diamond-producing states met in Kimberley, South Africa in May 2000 to discuss ways to stop the trade in conflict diamonds.

The Kimberley Process (KP) now has 54 participants, representing 81 countries, with the European Union and its Member States counting as a single participant. KP members account for roughly 99.8 percent of the global production of rough diamonds.

The World Diamond Council, representing the international diamond industry, and civil society organizations, such as Partnership-Africa Canada, also participate in the Kimberley Process.

Yet even as responsible companies like Tiffany try to polish their sparkling diamonds with ethical clarity, corruption and conflict in the diamond industry persists, according to a new report from Global Witness, a nonprofit organization based in London and Washington, DC.

The Global Witness report, “An Inside Job,” released September 11, states, “Powerful military and political elites and security forces have controlled and secretly exploited Zimbabwe’s once promising diamond sector, while concealing the scale of the loss to its people.”

Zimbabwe is a landlocked country in southern Africa, bordered by other diamond-producing countries – South Africa to the south and Botswana to the west. The Global Witness report examines five of the major mining companies that recently operated in Zimbabwe’s Marange diamond region.

Since 2010 Zimbabwe has officially exported over US$2.5 billion in diamonds, according to official figures from the Kimberley Process. But government reports show only around US$300 million of this as identified in public accounts.

“A find that offered such promise to the people of Zimbabwe has delivered only disappointment, primarily serving a secretive cabal of vested political and economic interests. There are clear indications of state complicity in the expropriation of these critical resources,” said Michael Gibb of Global Witness.

Mismanagement of the diamond sector has devastating consequences for Zimbabwe’s development and democracy. Not only have diamonds failed to benefit the Zimbabwean people, but evidence suggests that they have funded the state machinery consistently implicated in oppression. This casts serious doubt on President Robert Mugabe’s claim that private investors are solely to blame for billions of dollars of missing diamond revenues.

Global Witness’ key findings set forth in the report include:

The revelations come as Zimbabwe gears up for contentious presidential elections in 2018 to replace 93-year-old President Robert Mugabe, who has ruled Zimbabwe since 1980.

“Undisclosed stakes in the country’s diamond industry have provided an off-the-books source of funding for their activities, undermining essential public oversight and scrutiny. The diamonds at risk of funding these harms continue to be traded relatively freely” on international markets Global Witness claims.

“Zimbabwe’s diamond sector needs root and branch reform, and diamond companies the world over must take responsibility for the hidden history of the resources they profit from,” he said.

“The Zimbabwean people deserve better. With nearly three quarters of the population living beneath the poverty line and an estimated four million people in need of food aid, the need has never been greater,” said Gibb.

Another nonprofit organization, The Diamond Development Initiative International (DDI), based in the United States and Canada, is lobbying for changes to the Kimberley Process.

The Diamond Development Initiative works to support the artisanal and small-scale mining sector by convening interested parties in processes and projects that help turn precious stones and minerals into a source of sustainable community development.

Every three years, the Kimberley Process undertakes to update its policies and procedures, and 2017 is a reform year. In response to a call for recommendations from the KP Chair, DDI submitted a proposal to include human rights in the certification requirements.

The definition of conflict diamonds at the time of the original negotiations in the early aughts centered on the use of diamonds by rebel armies for the purchase of weapons.

“Since then,” says DDI, “other forms of violence and human rights abuse have appeared in connection with diamond mining and production.

But attempts to add to the definition of conflict diamonds, says DDI, “have been frustrated within the Kimberley Process, leading to major internal divisions and to a serious devaluation of our reputation and credibility among consumers and in the world’s media.”

DDI strongly believes that “a clear application of core human rights standards throughout the rough diamond pipeline must become an essential part of the Kimberley Process mandate and identity.”

Ethical jewelers are trying to eliminate the conflict diamond trade by serving as role models for responsible behavior.

“What this definition leaves out is large numbers of diamonds that are tainted by violence, human rights abuses, poverty, and environmental degradation,” says Brilliant Earth.

This chain claims to go above and beyond the current industry standards to offer diamonds that originate from pure, ethical sources as well as lab created and recycled diamonds, both eco-friendly alternatives.

Tiffany executives say the company already goes above and beyond the human rights requirements of the Kimberley Process to source its diamonds and precious metals.

“Tiffany believes we have both a moral and a business imperative to do our part to sustain the natural environment and contribute to the communities where we operate,” said Anisa Kamadoli Costa, Tiffany’s chief sustainability officer.

“From speaking out about climate change to advocating for precious landscapes, seascapes and wildlife,” said Costa, “we’ll continue to use Tiffany’s brand influence to have a positive impact and help set the standard for the luxury jewelry industry.”