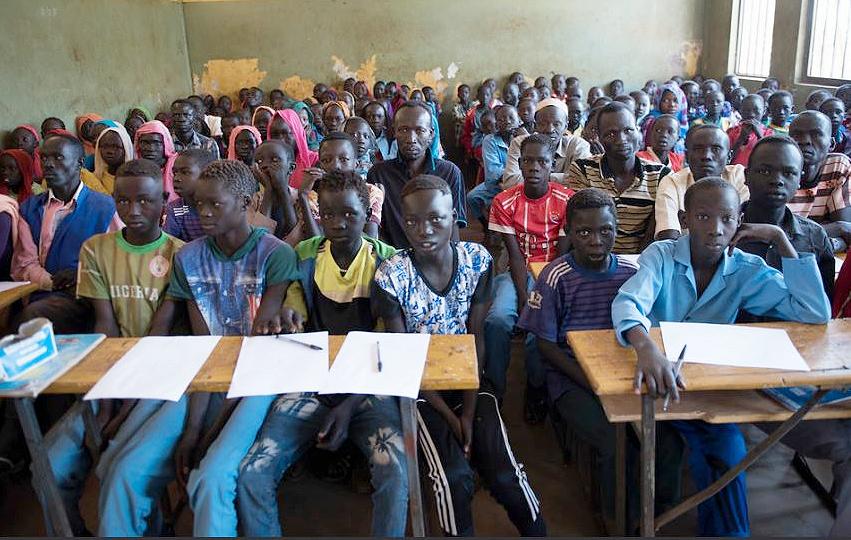 Children and adults crowd onto the benches at Bambasi Refugee camp primary school in the Benishangul-Gumuz region of Ethiopia. February 6, 2019 (Photo by UNICEF Ethiopia) Creative Commons license via Flickr

NEW YORK,New York, April 11, 2019 (Maximpact.com News) – Far from acting like the high-hat, hard-hearted corporations often mocked in the media, many companies are offering to support refugees who have lost everything with training, education, jobs, and investments.

There are about 68.5 million forcibly displaced people in the world today, of which more than 25 million are considered refugees. Almost 85 percent of them are hosted by low-income or middle-income countries with limited resources such as Jordan, Ethiopia, Uganda, Turkey, and Bangladesh. These countries face huge challenges in meeting the refugees’ needs while continuing to grow and develop themselves.

The Tent Partnership for Refugees was established in 2015 by Hamdi Ulukaya, founder and CEO of the yogurt company Chobani to give companies a place to centralize and coordinate their efforts to assist refugees. 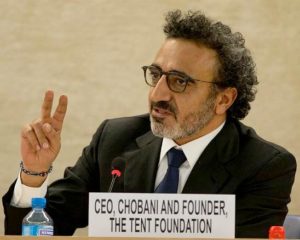 The Tent Partnership, which incorporates the private sector commitments announced in response to President Barack Obama’s 2016 Call to Action, serves as a platform for companies to share information and best practices, increase private sector coordination, and forge innovative solutions to deliver greater impact in response to the global refugee crisis.

The Tent Partnership is adding new members all the time, including 20 new companies last September. The companies, many of them very large entities such as: Sodexo, Hilton, Uniqlo, Barilla, Ipsos, and Careem, joined the coalition of more than 100 global companies committed to leveraging their core business and social responsibility initiatives to support refugees.

“The global refugee crisis is not something that NGOs and governments can solve on their own. Now more than ever, we need businesses to step up and act,” said Ulukaya at an event to welcome the 20 new Tent Partnership members.

“It’s not a choice, but a responsibility. I’m grateful that Tent is now over 100 companies strong – it’s a clear sign that momentum is growing,” Ulukaya said. “But I hope today inspires many more companies to do their part and help give the millions of men, women, and children who’ve lost everything the future they deserve.”

Sodexo, the French food services and facilities management company, will hire 300 refugees in the United States, Canada, Brazil and Sweden by 2020.

Ipsos, a global market research and consulting firm based in Paris, will hire 100 refugees by 2020 and will lead “Project Understanding,” a global study of how to build a broad public consensus on supporting refugees.

The ice cream makers Ben & Jerry’s will engage their fans in campaigning for progressive policy change for refugees and asylum seekers, and at least 500 refugees will complete their business incubator program and be hired for part-time employment in Europe by 2023.

Careem, a rideshare company based in Dubai, with operations in over 100 cities in 14 countries in the Middle East, Africa, and South Asia, will hire 100 refugees and upskill 100 refugees through skills-based workshops and mentoring by 2023.

The Italian food company Barilla will provide internship and job opportunities to 75 refugees in Europe by 2023, adding to the 60 employment opportunities already provided.

Microsoft  will scale its humanitarian efforts for refugees through partnerships and investments that connect refugee children and young people to education, digital skills and opportunities, empowering them to thrive in a digital world.

Care.com, the world’s largest online family care platform, plans to extend its German pilot program in partnership with the International Rescue Committee to train 1,000 refugee women for employment in the care industry by 2020.

Cisco , the American technology conglomerate headquartered in San Jose, California, funded the first two Refugee First Response Center prototypes, units to provide ‘healthcare in a box’ that enables access to the internet, remote translation services, and medical care for refugees. Cisco employees, in partnership with NetHope, installed more than 80 Wi-Fi hotspots across Greece, reaching over 600,000 refugees. Cisco provided $350,000 in funding to Mercy Corps to support development and expansion of Refugee.Info.

Hissho Sushi will help 1,250 refugees become franchise owners by 2023 as it expands its locations across the United States and hire 30 refugees at its headquarters in North Carolina to support this expansion.

IKEA , the Swedish furniture firm, has launched a national refugee employment initiative in Canada, to help refugees join the workforce, develop new skills and integrate into communities across the country. As part of this initiative, IKEA Canada plans to hire 250 refugees within three years.

In Jordan, IKEA has committed to providing employment opportunities through its supply chain for refugees and their host communities. IKEA suppliers will employ Jordanian and refugee women at its production center to produce hand-woven rugs and textiles. IKEA will start by employing 200 refugees and Jordanians and will sell their artisan products in Jordan’s IKEA store by year end, in the Middle East by mid-2019 and other global stores will start receiving products from 2019 onwards.

Other commitments focused on Jordan were also made by these companies and organizations:

Based in Mauritius, GroFin, through its Nomou Jordan Fund, over the next two years will deploy US$5 million to small and medium-sized enterprises in Jordan that are either owned by refugees or employ refugees. Funding support for this initiative will come from: Shell Foundation, KfW, Dutch Good Growth Fund, Lundin Foundation and the Soros Economic Development Fund.

Citi , the American multinational investment bank and financial services firm, will support a joint initiative between the Tent Partnership for Refugees and Samasource in Jordan to strengthen Jordan’s business process outsourcing sector, positioning it to help create more jobs for vulnerable Jordanians and refugees.

The computer manufacturer HP Inc. is committed to establishing six HP Learning Studios in Lebanon and Jordan to engage refugee youth in developing skills while providing adults the opportunity for employment re-skilling.

HP also committed to piloting the HP School Cloud, a new technology which brings open education resources to rural and underserved communities, to improve education outcomes for refugees in Uganda. HP and its partners, including Education Cannot Wait, UNHCR and Learning Equality, will start in three schools.  Based on the success of the pilot, the commitment may expand to 15 schools in Uganda, impacting 5,000 children, and be scaled to other countries.

The Middle Eastern Food chain Paramount Fine Foods will source US$1 million worth of products from suppliers in Jordan that hire or are committed to hiring at least 25 percent refugees.

KOIS Invest , an impact investment firm based in Brussels, will raise at least US$10 million in capital to invest in a three-year development impact bond that is structured to support job training and entrepreneurship for Syrian refugees and local vulnerable populations in Jordan and Lebanon.

Based in Abu Dhabi, VPS Healthcare will develop and deliver training programs for qualified doctors, nurses and health workers, including refugees and Jordanians, in partnership with the Royal Health Awareness Society.

Jerash Garments will hire an additional 100 refugees at its factory in Amman, Jordan by September 2019.

Safe Ports, based in the U.S. state of South Carolina, will hire 100 refugees at its new logistics hub in northern Jordan.

17 Asset Management, based in New York City, will launch the investment platform 17 Jordan. It will promote Jordan-focused investments, a third of which will be directed to refugees and their host communities to create new jobs.

The Netherlands’ work clothing store Groenendijk Bedrijfskleding will source US$1 million worth of garments from suppliers in Jordan that hire or are committed to hiring at least 25 percent refugees.

The Massachusetts Institute of Technology will expand its training programs in tech skills for refugees and Jordanians. 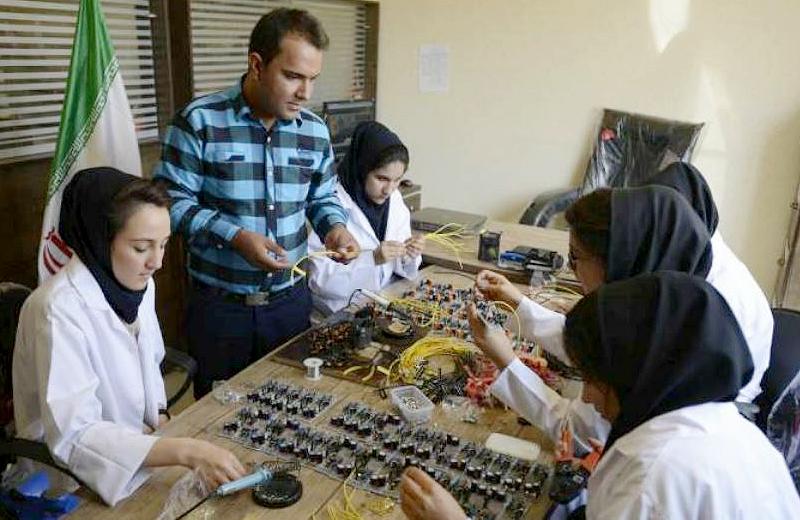 To date, Tent Partnership commitments have provided support for nearly 200,000 refugees and are being implemented across 34 countries. These commitments include employing refugees, investing in refugee entrepreneurs, delivering education to refugees, and providing access to financial services.

“Since Tent’s inception just under three years ago, we’ve seen an immense amount of interest from businesses to get involved in addressing the global refugee crisis,” said Gideon Maltz, executive director of the Tent Partnership for Refugees. “Now more than ever, businesses can and should be stepping up to help refugees.”