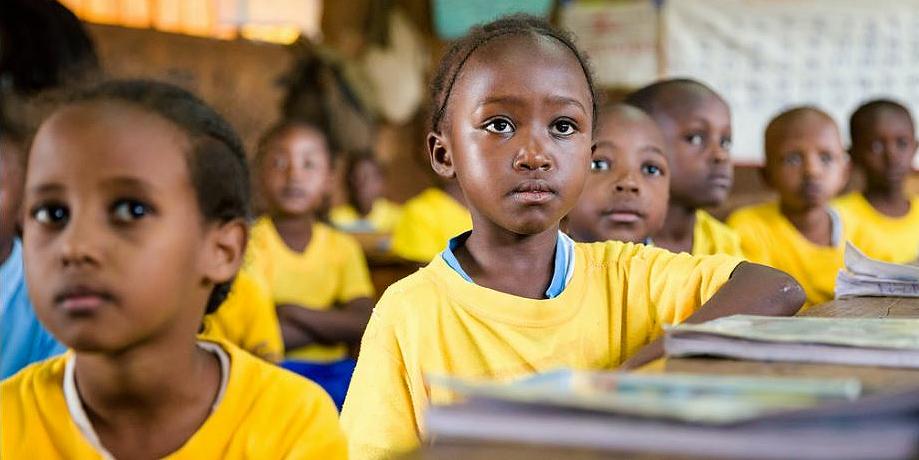 The report was released in honor of Malala Yousafzai of Pakistan, Nobel Peace Prize laureate and co-founder of  Malala Fund, based out of Birmingham, England, which works to provide safe, quality secondary education and opportunities for girls.

When the Taliban took control of her hometown in Pakistan’s Swat Valley, writes Yousafzai, “…they banned many things, such as owning a television and playing music. They enforced harsh punishments for those who defied their orders. And they said girls could no longer go to school.”

Yousafzai’s father was a teacher who ran the girls’ school in her town, so she continued attending school. At the age of 15, on her way home from school, Yousafzai was shot in the head by a member of the Taliban. 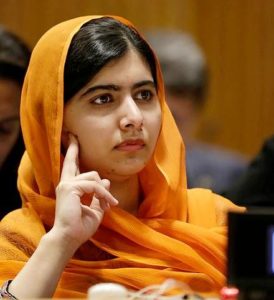 Malala Yousafzai during the 72nd United Nations General Assembly in New York on the day that the European Union and the United Nations launched a Spotlight Initiative to eliminate all forms of violence against women and girls. September 20, 2017 (Photo by Ryan Brown / UN Women) Creative Commons license via Flickr

She survived – and now, at 21, Yousafzai is furthering her education, studying for a bachelor’s degree in Philosophy, Politics and Economics at Lady Margaret Hall, Oxford.

She is a world-renowned activist, campaigning for education, equality and peace for all children everywhere. The United Nations has declared July 12 to be Malala Day.

The World Bank report, “Missed Opportunities: The High Cost of Not Educating Girls,” documents that fewer than two-thirds of girls in low-income countries complete primary school, and only one in three girls completes lower secondary school.

The report finds that on average, women who have a secondary education are more likely to work, and they earn almost twice as much as women with no education.

Other positive effects of secondary school education for girls include: near-elimination of child marriage before the age of 18, lowering fertility rates by a third in countries with high population growth, and reducing child mortality and malnutrition.

“When 130 million girls are unable to become engineers or journalists or CEOs because education is out of their reach, our world misses out on trillions of dollars that could strengthen the global economy, public health and stability,” said Yousafzai.

“If leaders are serious about building a better world, they need to start with serious investments in girls’ secondary education,” she said. “This report is more proof that we cannot afford to delay investing in girls.”

Apple’s academies are preparing thousands of future developers to code the advancements of the future. Apple CEO Tim Cook has long said that the company expects to bring the program to countries around the world.

“We share Malala’s goal of getting more girls into quality education and are thrilled to be deepening our partnership with Malala Fund by mobilizing thousands of Apple Developer Academy students and alumni across Brazil,” said Cook, announcing the new partnership.

“Apple has been committed to education since day one, and we can’t wait to see what our creative student developers come up with to help Malala Fund make a difference for girls around the world,” said Cook.

As part of its new expansion into Latin America, Malala Fund, too, has offered grants to local advocates in Brazil.

The advocates join Malala Fund’s network and will implement projects across the country designed to empower girls, teachers and policymakers through skills development, school enrollment efforts and education advocacy.

“My hope is that every girl, from Rio to Riyadh, can be free to choose her own future,” said Yousafzai in Rio. “Whether she wants to be a developer, a pilot, a dancer or a politician, education is the best path to a brighter future. By tapping into Apple’s network of student developers, Malala Fund will gain access to new tools to support our mission of free, safe, quality education.”

Many of the potential impacts of education on development outcomes apply to both boys and girls. But the World Bank report finds that not educating girls is especially costly because of the relationships between education, child marriage, and early childbearing, and the risks that they entail for young mothers and their children.

“Inequality in education is yet another fixable issue that is costing the world trillions. It is time to close the gender gap in education and give girls and boys an equal chance to succeed, for the good of everyone,” Georgieva said.

Today, some 132 million girls around the world between the ages of six and 17, the majority of whom are adolescents, are still not in school.

To remedy these missed opportunities, investments in education – both access and quality – are crucial. This is  especially true in some regions, such as Sub-Saharan Africa where, on average, only 40 percent of girls complete lower secondary school, says the World Bank report.

The World Bank reports that universal secondary education for girls could increase their knowledge of HIV/AIDS and empower them to make decisions about their own health care. It could reduce the risk of intimate partner violence, improve their sense of psychological well-being, and reduce the risk of under-five mortality and malnutrition among their children.

Educating girls and promoting gender equality is part of a broader and holistic effort at the World Bank, which includes financing and analytical work to remove financial barriers that keep girls out of school, prevent child marriage, improve access to reproductive health services, and strengthen skills and job opportunities for adolescent girls and young women.

Since 2016, the World Bank has invested more than $3.2 billion in education projects benefiting adolescent girls.

The World Bank report was published with support from the Children’s Investment Fund Foundation, the Global Partnership for Education, and Malala Fund.

Featured Images: Girls from the tiny village of Karche Khar near Kargil, India. From left: Maqsuma is in class 5 at the army school; Fatima is in class 4 at the local school.