Discover the World of Sustainable Hospitality 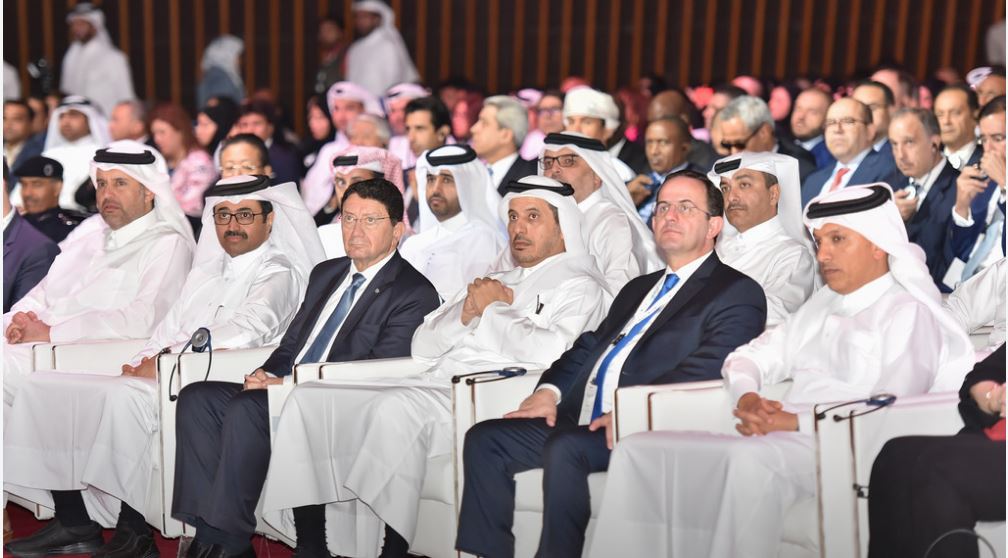 LONDON, UK, October 3, 2017 (Maximpact.com  News) – A one-month worldwide trip visiting sustainable tourism initiatives is the prize that will go to the winner of a new competition hosted by the World Tourism Organization (UNWTO) to select the world’s most responsible traveler.

With the aim of promoting responsible travel, the initiative is part of the Travel.Enjoy.Respect campaign taking place as part of the International Year of Sustainable Tourism for Development 2017.

“Every action counts and travelers have a strong role to play in building a more sustainable tourism sector. Imagine the impact of one small action multiplied by millions,” said UNWTO Secretary-General Taleb Rifai of Jordan. “We want to inspire all travelers to be the change they want to see in the world.”

The winner’s journey will be supported by Explore WorldWide, an adventure travel group with a commitment to responsible travel. Destinations including: Colombia, Germany, Mexico, the United Arab Emirate of Ras al-Khaimah and the Léman region in Switzerland have offered to host the winner and showcase responsible, sustainable tourism practices.

In this International Year of Sustainable Tourism for Development, World Tourism Day celebrated on September 27, was particularly meaningful.

The 2017 World Tourism Day took place in Doha, Qatar, where Rifai warned an audience of senior travel officials from around the world that this is “a crucial time for tourism.”

Even with global challenges such as climate change, migration and security, the UNWTO chief said that in 2016, a total of 1.235 billion travellers crossed international borders, a number equal to nearly one-sixth of the world population.

By 2030 the number of travelers crossing international borders in a year will have reached 1.8 billion, predicted Rifai.

Rifai said that by generating US$3.2 billion of spending worldwide every day, tourism creates one-tenth of jobs globally, represents 10 percent of the world’s gross domestic product (GDP) and 30 percent of world trade in services.

“But beyond the numbers and the economic benefits, travel and tourism is today a major contributor to a transformation that slowly and gradually is bringing us together, as humans, like never before, in a fast, globalized world,” he emphasized.

Breaking down stereotypes and enabling people to celebrate rich cultural diversity, is “tourism’s greatest contribution to a better world,” he said.

To drive progress towards a better world, the International Tourism Partnership (ITP) marked its 25th anniversary on September 26, one day ahead of World Tourism Day, by announcing four sustainability goals supported by ITP member companies.

Wolfgang Neumann, ITP Governing Council Chair, said, “We have agreed on a total of four core goals, with two addressing environmental issues – climate and water – and two supporting the people who work in the hotel industry and its supply chain. This even balance between planet and people reflects the passions and dedication of ITP members to make a real and lasting difference to a broad range of issues against which commitments can be agreed.”

Rising carbon emissions are accelerating climate change with devastating impacts on communities and biodiversity, thte ITP states. The hotel industry already accounts for around one percent of global emissions and this is set to increase.

The hotel industry must reduce its absolute carbon emissions by 66 percent by 2030 and 90 percent by 2050 to stay within the 2˚C threshold agreed under the Paris Agreement on Climate; this is the quantifiable science-based target the ITP aims to meet.

ITP members also encourage the uptake of consistent reporting through the use of the Hotel Carbon Measurement Initiative (HCMI), developed by the World Travel & Tourism Council in collaboration with ITP and already used by over 24,000 hotels worldwide. The initiative provides a common methodology for measuring and reporting on the carbon footprint of a hotel stay or meeting.

Demand for freshwater is likely to outstrip supply by 40 percent by 2030 and a third of the world’s population will be living in areas of severe water stress by this time, the ITP states. In many countries, water consumption per guest in hotels greatly exceeds that of the local population, so the industry has a responsibility to encourage responsible use and consumption of water.

Members encourage the uptake of the Hotel Water Measurement Initiative (HWMI), a common methodology for measuring and reporting on the water footprint of a hotel stay or meeting.

Developed by the International Tourism Partnership in partnership with auditor KPMG and 18 global hotel companies, and launched in August 2016, HWMI is free of charge and can be used by any hotel anywhere in the world, from small guesthouses to Five Star resorts. HWMI is now used by more than 12,000 ITP-member properties.

Worldwide, more than 71 million young people, aged 15 to 24, are looking for work and 156 million young workers are living in poverty, often due to unstable, irregular jobs. Many find themselves working in difficult or dangerous conditions, often outside the boundaries of the formal economy, the ITP states.

The hotel industry is well-equipped to offer meaningful work and career development options to young people, as it is growing at four percent each year, and currently providing around one in 10 of all jobs.

ITP members also encourage the uptake of the Youth Career Initiative, created by the industry to bridge the gap between youth unemployment and a poor talent pipeline for hotels to recruit. There are more than 3,000 YCI graduates to date across 14 countries, with an 85 percent success rate of employment or returning to education.

Human rights are the basic rights and freedoms to which all people are entitled. ITP members are focused on fighting modern slavery, human trafficking, and encouraging awareness, transparency and remediation of human rights abuses.

“ITP believes that the hotel industry can be a force for good and make a positive contribution to the United Nations’ Sustainable Development Goals and to the COP21 climate agreements,” said Neumann. “Our vision for 2030 is for sustainable growth and a fairer future for all. We understand that bigger impacts can be achieved faster through the industry working together at scale; for this reason we invite other hotel companies to join with us in our commitment to these four critical goals.”

ITP Director Fran Hughes commented, “This cross-industry alignment to a single set of Goals is a fantastic achievement for the International Tourism Partnership. It is also a reflection of the increasing importance that the hospitality industry attaches to sustainability issues.”

“As we move into the second half of the International Year of Sustainable Tourism for Development, business leaders have put competition to one side to create an ambitious vision for the future and a rallying call to the whole industry,” Hughes said. “By working together, I feel certain that these businesses will create a more sustainable future for the entire hospitality industry.”

Based in London, the International Tourism Partnership is a program of Business in the Community (BITC), the Prince’s Responsible Business Network. ITP is one of a group of not-for-profit organizations of which Charles, the Prince of Wales, is president.

The natural island is part of the UAE’s Al Gharbia region. Dominated by the Arabian Wildlife Park, with 13,000 roaming animals such as giraffes, cheetahs and gazelles, the island has multiple archaeological sites, including an ancient Christian monastery. Salt dome hills define the island’s desert interior. The coast features beaches, sea kayak routes and a shipwreck; flocks of flamingos grace a mangrove lagoon.

Many green hotels in Sir Bani Yas Island are energy efficient and LEED certified, while others provide organic products and focus on recycling programs. These eco-aware establishments have a low impact on the environment as they use solar panels and biodegradable materials, and offer eco-tourism activities such as archery and falconry.

At Al-Sahel Villa Resort, with its 30 private one and two-bedroom villas, General Manager Christian Gerart says, “More than 90 percent of the island is dedicated to nature and wildlife, and our resorts have recently been certified gold to the

He told “Good” magazine for the November 2016 issue that humans and wildlife can interact freely on Sir Bani Yas Island. “We constantly undertake research and conservation efforts as part of the development of suitably diverse habitats in the Arabian wildlife park on the island,” Gerart said. “Our aim is to maintain a working ecosystem for the animals, where natural interactions happen within and between species as they do in the wild.”

And finally, the award for the World’s Most Sustainable Hotel for 2016 was handed to Italy’s Vigilius Mountain Resort at the World Boutique Hotel awards November 9 at the Merchant Taylors’ Hall, London.

No road, no cars, no noise, no stress at the Vigilius Mountain Resort, just silence and nature. Guests arrive after a short trip by cable car at a modernist chalet, a mountain hotel in South Tyrol 1,500 meters above sea level.

Owner Ulrich Ladurner says, “As a sustainable hotel, the Vigilius Mountain Resort contributes to this in a variety of ways at once: as a “green hotel” and an A-class ClimateHouse, which works economically and using only renewable resources.”

Ulrich explains, “The key to the success of this sustainable hotel is solely and exclusively our staff and their authentic amiability. The mountain is honest and simple, we want to emulate it. Those might be very simple values but they no longer go without saying. … Anyone who comes here is looking to find themselves and to find us. In simplicity. We want to give you that.”