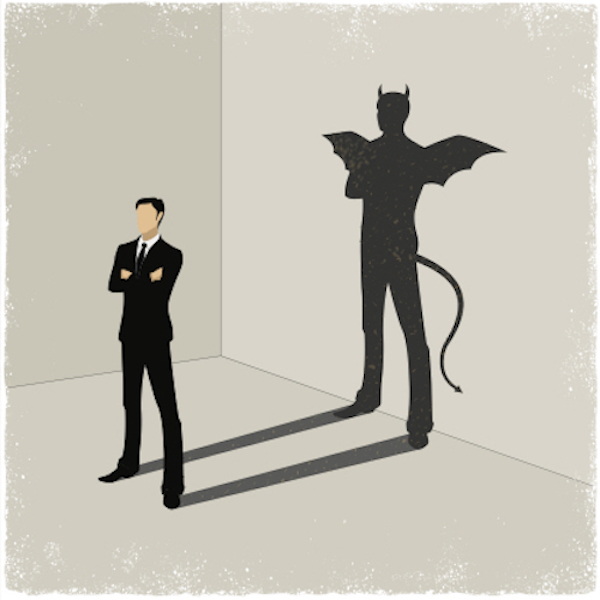 Social investing continues its march toward the mainstream. Sector research shows a wider variety of investors—including pension funds, mutuals, and governments along with an array of private investors—demonstrating an interest in capitalizing the blended bottom line. This is all to the good, yet the growth of our industry is bound to expose socially beneficial companies, many of which have led sheltered existences in the care of mission-driven investors, to the stormy seas—and resident sea monsters—of mainstream capitalism.

Consider the growing importance of activist investors. These are hedge funds that take a small stake in a company—typically around 5%—and then launch an aggressive campaign to determine strategy and/or change leadership. The activists have gone into overdrive in recent years, carrying out successful campaigns to unseat powerful CEOs, like Microsoft’s Steve Balmer, break up giant corporations, such as Yahoo, and win themselves board seats in corporate giants like PepsiCo. Their aim is to maximize their own profits by re-engineering their investees’ businesses.

Once known as corporate raiders and asset strippers, these bad boys of capitalism are now attracting positive media attention, notably from The Economist, which recently concluded that, overall, activists are a force for good in the marketplace. Their interventions actually can make organizations stronger in the long term, the journal says, bringing more rigor to companies and “waking up” passive institutional investors. Other commentators have reached similar conclusions. Like it or loathe it, there’s no doubt that the threat of the activist investor is a now a force be reckoned with in business; even the biggest, oldest and most influential corporations ignore it at their peril.

Are they coming for us next?

With activism on the rise and activists winning new respect, should the social investing marketplace start preparing to repel attacks in the near future? Probably not.

So far activist investors have only gone after the biggest prey, targeting industry giants, like Dow Chemical and Ford, that they deem to be underperforming. Although rampant in the United States, they’ve had limited impact in Europe, which has a different corporate culture, and hardly any at all in Asia. The danger of them turning their unwelcome attentions on the small fry of social investing is, as yet, remote.

And yet the trend toward activism points to larger changes in investing culture that social investors and mission-driven businesses should pay attention to:

Investors, even small ones, are more powerful than ever. Activist investors are able to wield power with only a small stake in the company through launching proxy campaigns and winning other investors, often passive index funds and institutionals, over to their way of seeing things. The activists may have perfected the mechanisms for forcing change, but they aren’t the only ones capable of putting them to use. It’s certainly possible to imagine a future where investors use similar tactics to take over other kinds of organizations to suit their own ends.

Shareholders are increasingly taking an active stance. The example of the activists is forcing other kinds of investors to reexamine their relationship with the companies they invest in. Index and pension funds, normally passive investors or “lazy money”, are being increasingly drawn into debate with company managers about strategy through the activists’ proxy campaigns. Meanwhile, the “bossy money” of private equity now has to look over its shoulder for the activists, preempting their interventions with forceful strategies of their own.

The importance of the aligned investor

The implications of these changes are likely to be felt most strongly when social investors and businesses come in contact with mainstream investors and markets, for example when they raise capital to scale up. Yet with activism becoming the new normal, other investors, including ones with social credentials, may feel the need to change the nature of their relationships with investees, becoming even more active in shaping strategy and influencing governance decisions than they already are.

The trend toward activism places a new emphasis on the motivations and conduct of investors. For social businesses, more investor influence means that choosing the right investors, ones that will really and truly support the delivery of a blended bottom line over time, is more important than ever. For social investors, and equally for mainstream investors with ambitions to enter the social investing marketplace, the trend should be cause for some soul-searching. How far are they actually willing to support impact? How will they react if social benefit delivery impinges on profit?

Taking a step back, the phenomenon of the activist holds other lessons for social investors.

The aggressive activism we’ve seen in the mainstream is all about turning bigger profits from quick exits. The approaches taken by activists maximize their own short-term profits but, despite their claims to be doing a service for the market—by shaking up complacent, bloated corporate giants and making them more efficient—it’s debatable whether they strengthen the companies they attack. Activism has been blamed for deterring inward investment, draining money from R & D, and hampering employee training, all things that can add authentic rather than paper value to companies.

Today’s activists are not the right investors for the social sector, obviously, and their new respectability throws the difference between the social and mainstream investing sectors into sharp relief. Through their aggressive interventions, they’re managing to turn profits in a time of sluggish economic growth. It’s quite a feat, but it’s important to remember that’s all they do. They don’t prevent climate change, provide essential financial services, deliver healthcare, ease inequality or reduce poverty (except their own and their investors’). Clever and ruthless as the activists are, turning pure profit is child’s play compared to the complexity of delivering profit and measurable benefit on the same balance sheet.

A new definition for the activist investor

By implication, the social investing sector needs a completely different approach to creating value through investing in businesses and this will involve establishing a new model for the relationship between investors and businesses, one that is collaborative rather than confrontational. The sector is now gaining practical experience about how to achieve true  partnership, but a step further would be to replace the functional primacy of shareholders with the primacy of stakeholders.

For a variety of reasons, the interests of shareholders have come to dominate the world of mainstream finance, and this is what really lies behind the rise of the activists. For the social sector, finding legitimate ways to shift the focus away from shareholders to a wider perspective that includes beneficiaries, customers, employees, habitats and communities, could turn the tide. Doing this will mean continuing to develop the infrastructure of our sector, for example establishing more legal forms that protect directors who make decisions for extra-financial reasons, and persuading governments to adapt regulatory policy.

As we move toward the mainstream, it may also mean resisting the temptation to adopt the mainstream’s norms. Despite encouraging signs that the corporate mainstream is beginning to embrace aspects of the social agenda, especially sustainability, the success of the activists reminds us that the fat bottom line is still king, even when it comes with unquantified costs. Social investors need to continue to work with businesses to find better ways to transform capital into healthy businesses with positive impacts.  If we manage this, it will lead to a new, much more positive definition of the term “activist investor”.

One thought on “Does the Social Investing Sector Need Activist Investors?”