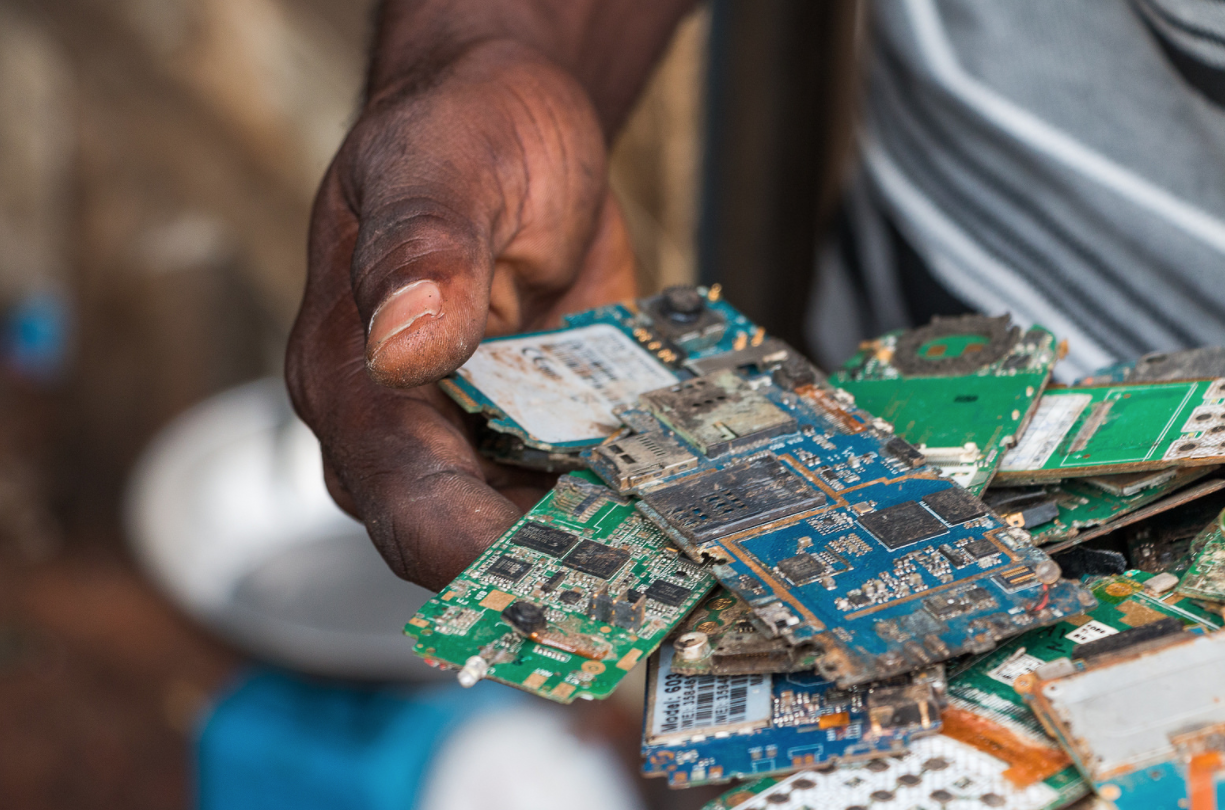 TOKYO, Japan, January 26, 2017 (Maximpact.com News) – The volume of discarded electronics in East Asia and Southeast Asia rose nearly two-thirds between 2010 and 2015, and e-waste generation is growing fast both in total volume and per person measures, new United Nations research shows.

The study shows that rising e-waste quantities are even outpacing population growth.

Driven by rising incomes and high demand for new devices and appliances, the average increase in e-waste across all 12 countries and areas analyzed was 63 percent in the five years ending in 2015.

The e-waste totaled 12.3 million tonnes, a weight 2.4 times that of the Great Pyramid of Giza.

These calculations are drawn from the first-ever Regional E-waste Monitor: East and Southeast Asia compiled by the UN’s think tank, the United Nations University and funded by Japan’s Ministry of Environment.

To conserve resources and avoid serious health and environmental problems, the report urges a crackdown on improper recycling and disposal of electrical and electronic equipment, which includes anything with a battery or a cord.

“For many countries that already lack infrastructure for environmentally sound e-waste management, the increasing volumes are a cause for concern,” says co-author Ruediger Kuehr of UN University.

“Increasing the burden on existing waste collection and treatment systems results in flows towards environmentally unsound recycling and disposal,” he warned.

There were large differences between nations, with Cambodia at 1.10 kg per person, Vietnam, with 1.34 kg, and the Philippines at 1.35 kg per person being the lowest e-waste generators in 2015.

•             More devices: Innovation in technology is driving the introduction of new products, particularly portable electronics, such as tablets, and wearables like smart watches.

Software requirements also play a role in decreased usage time. For instance, there are minimum requirements for computers to run operating software and other applications, and there are “soft factors” such as product fashion, the report states.

•             Imports: Import of electrical and electronic equipment provides greater availability of products, both new and second-hand, which also increases the e-waste that arises as the devices reach their end of life.

The report warns of improper and illegal e-waste dumping prevalent in most countries in the study, regardless of national e-waste legislation.

Consumers, dismantlers and recyclers are often guilty of illegal dumping, particularly of “open dumping“, where non- functional parts and residues from dismantling and treatment operations are released into the environment, the report points out.

The main reasons for illegal dumping are: lack of awareness, lack of incentives, lack of convenience, the absence of suitable hazardous waste disposal sites, weak governance, and lax enforcement of whatever laws do exist.

The report points to common practices such as open burning, which can cause acute and chronic ill-effects on public health and the environment.

Open burning of e-waste is practiced by informal recyclers when segregating organic and inorganic compounds. For example, they may burn cables to recover the valuable copper.

Though less common, spontaneous combustion can occur at open dumping sites when components such as batteries trigger fires due to short circuits.

Informal recycling, called “backyard recycling,” is a challenge for most developing countries in the region, with a large and growing number of entrepreneurs conducting unlicensed and illegal recycling practices from backyards.

These processes are not only hazardous for the recyclers, their communities and the environment, but they are also inefficient, as they are unable to extract the full value of the processed products, the report points out.

Indirect exposure to these hazardous substances is also a cause of many health problems, particularly for families of informal recyclers who often live and work in the same location, as well as for communities living in and around the area of informal recycling sites.

The report gives top marks to Japan, South Korea and Taiwan. These three jurisdictions have a head-start in the region in establishing e-waste collection and recycling systems. They began to adopt and enforce e-waste specific laws in the late 1990s.

Among the most advanced economies and areas in the region, Japan, South Korea and Taiwan are also characterized by high per capita e-waste generation, formal collection and recycling infrastructure and relatively strong enforcement.

Hong Kong and Singapore do not have specific e-waste legislation. Instead, these governments collaborate with producers to manage e-waste through public-private partnerships.

As small jurisdictions with large shipping and trade networks, Hong Kong and Singapore must cope with major transboundary movements of e-waste generated domestically, as well as e-waste in transit from other countries.

China, the Philippines, Malaysia and Vietnam all have recent e-waste legislation. These four countries are in a transitionphase, with a mix of formal and informal elements in an evolving ecosystem in terms of collection and recycling infrastructure.

Cambodia, Indonesia and Thailand have yet to establish legal frameworks for e-waste management. There is an active informal sector in these countries with an established network for collection and import of end-of-life products and their recycling, repair, refurbishment and parts harvesting.

Asia, including the 12 nations and jurisdictions in this new study, is the world’s largest consumer of electrical and electronic equipment, buying nearly half of all such equipment on the market, amounting to 20.62 million tonnes in 2005; and 26.69 million tonnes in 2012.

The increase is striking given the drop in sales of electrical and electronic equipment in Europe and the Americas in 2012 following the global financial crisis.

One thought on “E-Waste Piles Proliferate in Asia”