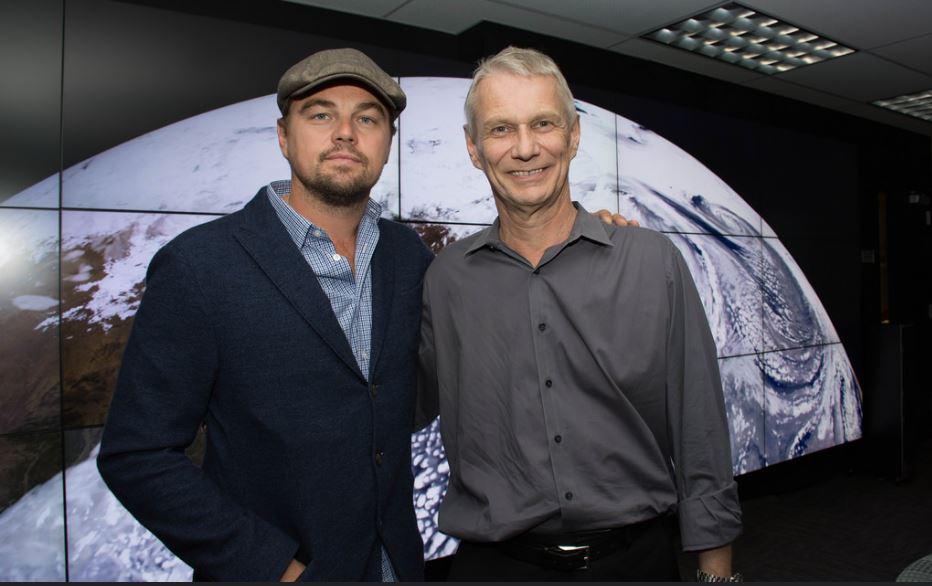 WASHINGTON, DC, April 20, 2017 (Maximpact.com News) – The importance of science is the rallying point for activities on Earth Day‘s 47th anniversary, Saturday April 22. Earth Day 2017 will open in grand resistance style with a worldwide March for Science to counter the denial of well-established climate science and other scientific facts affecting the environment.

Marches for Science are happening in Washington and in 517 communities across the United States and around the world, including in: Australia, Brazil, Canada, China, Ghana, India, Japan, Mexico, New Zealand, Nepal, Nigeria, the Philippines, South Africa, South Korea, and throughout the European Union.

Each satellite march is organized independently, but all are united under shared principles and goals . Click here to read the Marchers’ Pledge.

“We are growing a global grassroots movement for science, and we are all in this together,” say the March for Science organizers.

“We’re excited for this event that brings together people from all walks of life to stand up for science together,” said Valorie Aquino, co-chair of the March for Science. “Through my work as a scientific researcher, I see how sound science and the relationship of science’s services to society are at risk.“

“Science can improve and save lives, and that’s why scientists, doctors, mothers and fathers, teachers, students, and concerned folks around the globe feel compelled to act on April 22. So much is at stake,” said Aquino, a Ph.D. candidate in the Department of Anthropology at the University of New Mexico.

“It is no coincidence that Earth Day, April 22, marks the March for Science and the first anniversary of the signing of the Paris Climate Agreement,” said Kathleen Rogers, president of Earth Day Network.

“Since its inception, Earth Day has served as a day of action and mobilization. Without science, there would be no Earth Day, which is why Earth Day Network is partnering with March for Science for the Earth Day March for Science Rally and Teach-Ins on the National Mall,” Rogers said.

Using the teach-in concept deployed during the first Earth Day in 1970, Earth Day Network and the March for Science are co-organizing a rally and teach-in on the National Mall in Washington, DC.

The rally and teach-in will focus on the need to hold political and scientific leaders accountable to the highest standards of honesty, fairness, and integrity.

Speeches and trainings with scientists and civic organizers, musical performances, and a march through the streets of the nation’s capital are all on the agenda. In Washington, DC, the crowd will gather at 8:00 in the morning at the Washington Monument, and the teach-in will begin at 9:00.

March for Science organizers say they want a wholly peaceful expression of the marchers’ support for science and do not condone violence.

“We value inclusion, diversity, equity, and access,” organizers declare. “We do not condone harassment within or without the March for Science community. This includes expressions of sexism, ableism, racism, xenophobia, intolerance regarding religious, agnostic and atheistic beliefs, and other forms of abuse in person, online, or in signage.“

“We request that supporters at the D.C. march and satellite marches respect all relevant laws where they are participating as they exercise their right to assemble, speak out, and petition their leaders for change,” the organizers say.

One important change the Earth Day Network is seeking is for the Trump administration to reconsider its threat to back out of the Paris Agreement on Climate, unanimously agreed by world leaders in December 2015. It took effect at record speed in November 2016.

The Earth Day Network is gathering signatures on a petition to the Trump administration to support the Paris Agreement.

In a message today, the Earth Day Network said, “The United States was a leader in crafting the historic Paris Climate Agreement – now the Trump administration is reviewing whether or not to back out of it. It’s up to us to urge U.S. leaders to maintain our momentum in this vital climate accord.“

“The Paris Agreement unites all nations around a common cause for our planet – to reduce the pollution changing the Earth’s climate and causing dangerous global warming that affects human health and our environment… The United States can’t afford for other countries to take the lead on the new climate economy, and the world cannot afford for the United States to abandon its role as a global leader in meeting this challenge,” said the Earth Day Network.

Ken Kimmell, president of the nonprofit Union of Concerned Scientists, is a former commissioner of the Massachusetts Department of Environmental Protection and chair of the Regional Greenhouse Gas Initiative, the first U.S. cap-and-trade program to cut heat-trapping carbon dioxide emissions from power plants.

Reacting to President Donald Trump’s executive order in March directing the U.S. Environmental Protection Agency to rewrite President Obama’s Clean Power Plan, the nation’s first-ever limits on global warming emissions from power plants, Kimmell said, “We estimate the cumulative effect of repealing the Clean Power Plan and the vehicle standards will be a nine percent increase in energy-related emissions in 2030, or 439 million metric tons. That means emissions will go up in the U.S., just when the rest of the world is transitioning to a cleaner, healthier economy.”

“This is terribly irresponsible. But it won’t alter the scientific reality – that climate change is real, already happening, caused by burning fossil fuels, and requires immediate action to limit its worst impacts,” said Kimmell.

Another supporter of the March for Science is Rev. Lennox Yearwood Jr., head of the Hip Hop Caucus, who is marching in support of black scientists.

“From George Washington Carver to Mae Jemison African American scientists have made tremendous contributions to America since its inception. That is why it is imperative and critical for the Hip Hop Caucus and young people of color to not only stand up for scientists but to ensure that their work is protected and respected for future generations,” Yearwood said.

“We march for countless individual reasons, but gather together as the March for Science to envision and sustain an unbroken chain of inquiry, knowledge, and public benefit for all,” said March for Science organizers.

Yet the Climate Science Legal Defense Fund (CSLDF) is warning that contrary to the March’s stated aims, some people still believe that the March is a partisan statement.

CSLDF has seen well-meaning scientists and academics experience problems after advocating for science or taking a personal political stance, so the organization has suggestions for scientists to help them avoid ending up in the political crosshairs.

First, scientists must separate their work and private lives. They must participate in demonstrations as private citizens and make statements on their own behalf, and not on behalf of their employers.

Maintain distinct personal and professional email accounts. Even discussions with work colleagues about the March should take place via private email. Engage in organizations or discussion about the March after work hours.

Check out whether your institution or employer is supporting the March. The best approach is to directly ask the employer.

Do not use government-funded computers, printers, or other supplies to prepare for the March. When marching, says CSLDF, do not wear a university sweatshirt or a work-issued lab coat.

March for Science organizers say they are taking a decisive step “toward ensuring a future where the fullness of scientific knowledge benefits all people, and where everyone is empowered to ask new scientific questions.“

Jamie Rappaport Clark, president and CEO of Defenders of Wildlife, and a former director of the U.S. Fish and Wildlife Service under President Bill Clinton, is supporting the March for Science.

“Scientific research is critical to ensuring that our water is safe to drink, our food is safe to eat, our air is safe to breathe and that our environment is free of toxic chemicals,” she said. “It is essential to helping us understand and respond to the effects of climate change and plan for its impacts on people, communities and wildlife.“

“Put simply,” said Clark, “the public benefit of sound science is immeasurable. Yet science is being attacked by those who don’t like or don’t agree with what we’re learning.”

Growing out of the first Earth Day in 1970, Earth Day Network works year-round with tens of thousands of partners in 192 countries to broaden, diversify and mobilize the environmental movement. More than one billion people now participate in Earth Day activities each year, making it the largest civic observance in the world.