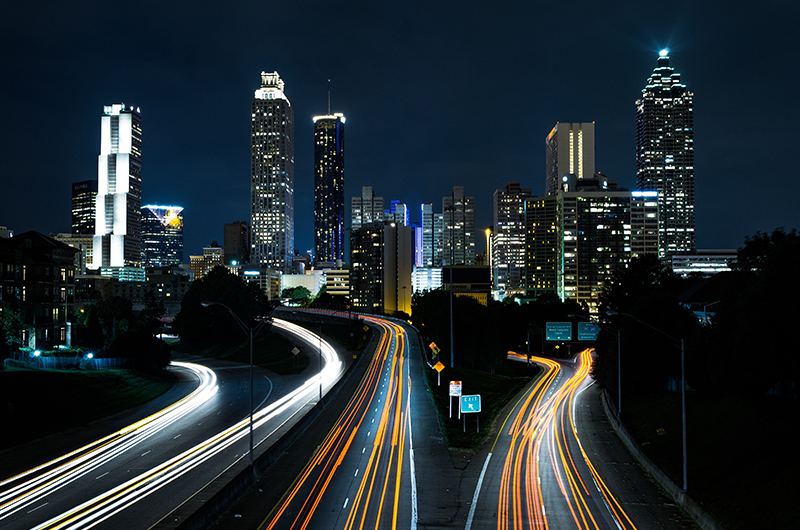 How municipalities can become energy efficient and how much could they save.

Municipalities, just like the industrial and commercial sectors, are coming under increased pressure to reduce their energy consumption and outputs, not to mention the need to reduce costs overall. Municipal buildings and services have a huge energy savings potential, which can reduce their overall energy consumption and energy costs. At Maximpact our expert teams have assisted municipalities all over the world to identify their energy saving capacity in various sectors. As cities around the world become more urbanised and populations grow, the pressure of cities to find sustainable solutions to serve their communities is only going to increase.

Changes to municipalities in becoming more energy efficient and using artificial intelligence to manage energy resources are part of a global trend of developing smart cities. Smart cities are looking to the future to redefine their energy outputs in cleaner, more sustainable and more cost-efficient ways. As cities continue to grow these smart solutions are becoming increasingly important for municipalities in order to be able to best serve their communities.

The City of Newcastle, in Australia, for example, has recently decided to switch to 100% renewable power, starting in 2020. This decision was made after the Newcastle municipal council commissioned a study, which found that the city could save between $3,8 million to $4,8 million if their power was sourced from green energy solutions. The Lord Mayor of Newcastle said that this move is part of the “City of Newcastle’s aim to be a leader in renewable energy as part of our strategy to be a global smart city.”

“You cannot save what you cannot measure.”

It is estimated that 60% of all energy used is wasted due to inefficient systems. Artificial intelligence (AI) helps monitor and measure where and how energy is being used by municipalities. By using AI municipalities solve a multitude of problems as it helps them identify where energy is wasted, thereby making the municipality more efficient and helping them convert into smart cities.

Municipalities have many assets that consume energy, from street and traffic lighting and the heating and cooling of office buildings, to providing power for shipyards, airports, schools and other public buildings. By using artificial intelligence to measure energy consumption across these different outputs it enables municipalities to identify where energy is being wasted. This allows them to lower costs, cut pollution and increase energy conservation. Not only that, but with artificial intelligence municipalities can make real-time adjustments to energy supply on demand, for example, due to changing weather conditions, which may require more or less energy outputs. Artificial intelligence can also identify the best renewable energy solutions across different outputs and help municipalities to effectively manage the solutions.

It is estimated that 60% of all energy used is wasted due to inefficient systems.

In 2004 the city of Chicago started a project of retrofitting and installing Light-Emitting Diode (LED) energy-efficient lighting in all of its traffic lights. This meant upgrading the lights at 2 900 intersections across the city. This simple upgrade delivered immediate and sustainable energy savings for the city as LED lights use up to 85% less energy than traditional incandescent bulbs.

A typical traffic light using incandescent bulbs uses 100-watt or 150-watt bulbs. These are operating 24 hours a day and use more the 2,4-kilowatt-hours of electricity per day. This adds up significantly for cities. In Chicago at a cost of 8 cents per kilowatt-hour of electricity, one traffic light intersection can cost almost $600 per year. In a large city with thousands of intersections, this means spending millions of dollars a year just to keep the traffic lights running. In Chicago this cost was adding up to more than $3 million per year. LED lights consume as little as 12 to 20 watts instead of 100 watts, and this reduces the overall energy consumption of traffic lights considerably providing a massive cost saving to the city’s annual budget.

There are numerous benefits to cities in upgrading to LED lights both from an energy and cost savings perspective and this makes the switch a highly successful and easily applied energy efficiency solution. Not only are LED lights more efficient and durable, they are also brighter, which means that they emit light more evenly and this in turn makes them easier to see in bad weather conditions. In addition to this LED traffic lights last for an astounding 100 000 hours, which means they last 12 times longer than incandescent bulbs whose filaments burn out and last only 8 000 hours before needing to be replaced. Replacing bulbs at traffic intersections costs the city money and the replacement process inhibits traffic flow, so fewer and less frequently burned-out lights also saves the city money and increases the traffic safety at intersections. As an added bonus LED traffic lights can be powered by solar panels, which reduces grid energy consumption and saves on the costs associated with installing power lines, especially in remote areas.

As a result of the project Chicago has made an energy saving of $2,55 million annually as well as saving $100 000 annually in materials. It has also reduced the city’s CO2 emissions by 23 000 tonnes annually. This is just one solution that municipalities can implement to take that step towards becoming a smarter city.

The Roughgrange Pumping Station contacted Maximpact to improve energy efficiency at the station. Maximpact’s energy expert, Gerard, conducted a pumping energy audit over a period of three days on site by taking measurements and collecting information at the pumping station and at the water treatment plant.

After analysing the data the energy audit highlighted potential energy savings associated with the pumping system and water treatment plant. The audit identified more efficient pumping combinations that could be implemented at the plant as well as recommending the use of an unused water tank during night-time operations to pump and treat water at night with a gravity feed to the town during the day.

This resulted in a potential energy saving of over €31 856. It also identified an additional €3 000 potential saving in relation to power factor surcharge. This gave a total potential annual savings of €34 856 or 9.1% reduction of electricity costs every year. The implementation of these changes saved the municipality of Roughgrange thousands of Euros in annual costs.

The best way municipalities can promote the efficient use of energy and the green economy in transition is to lead by example. By promoting the use of smart and green energy solutions and converting to smart cities, municipalities set the trend for businesses and communities to follow.

Maximpact can provide detailed energy and renewable energy studies for municipal buildings, as well as artificial intelligence solutions to aid the transition to becoming a smart city.

Contact Maximpact today to discover more about how your municipality can become more energy efficient.