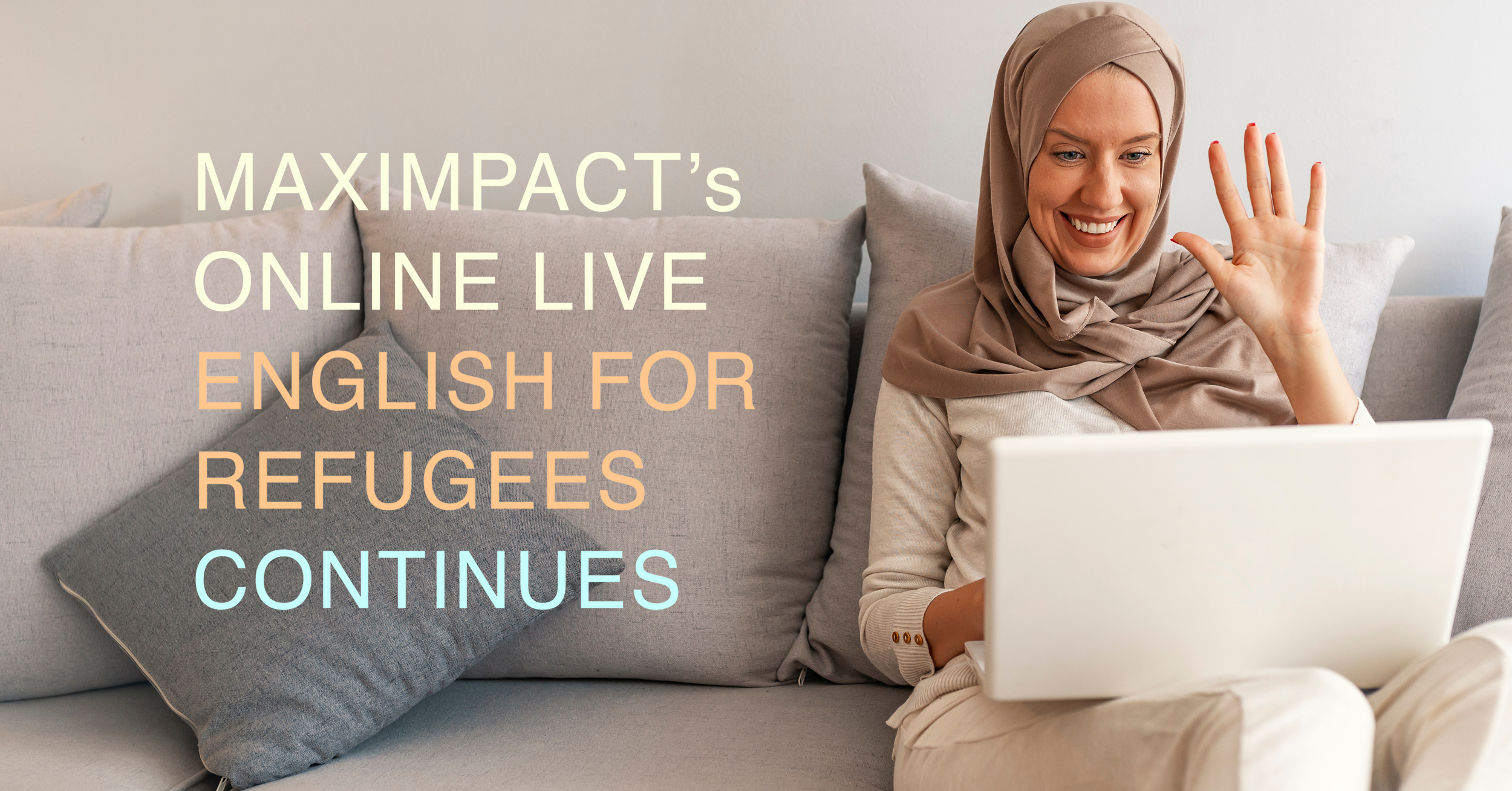 BELFAST, Northern Ireland, May 10, 2020 –  Maximpact extends its innovative English for refugees online programmes which help Syrian refugees in Northern Ireland learn English to prepare themselves for social and employment integration in their new homeland.

Northern Ireland went into lockdown on March 23 to keep the coronavirus from spreading during this ongoing global pandemic. Syrian refugees there are all in isolation and socially distanced, keeping themselves and others safe as the virus continues to spread.

To help ease their isolation, Maximpact is keeping classes going online during these difficult times of lockdown and Ramadan, the Muslim month of fasting, prayer and spiritual rejuvenation that started on April 23 and ends at sundown on May 23.

The online classes were initiated by Maximpact back in 2018, the refugee language and employment programme.

By June, says Maximpact, the programme will have all six classes, from Pre Entry to High Intermediate, running at maximum capacity, providing English language learning for 48 Syrians.

In addition, three weekly support groups are run by Aisha Bakkar, one of the higher level students who was a special needs teacher in Syria. Since last August, Bakkar has been living with her husband and three daughters in Warrenpoint, a small port town in County Down, Northern Ireland.

Maximpact says that “to spark things up during this tough time,” they are introducing additional activities for the Syrian refugees.

First, there is now a story-telling group for Syrian children, which went online during lockdown  and is linked with the  Diversity Story Telling class called “Still I Rise” by Orla McKeating, delivered via Zoom. In April it featured a live online session with the renowned Syrian author and London resident Nadine Kaadan who introduced her new book, “Saving Stella.”

Kaadan was followed by Khalid Helal, one of the High Intermediate English students, reading from her book “The Jasmine Sneeze.”

Maximpact team says the event proved to be “a huge success,” with Syrian children joining from most of Northern Ireland’s six counties.

On May 13, Khalid and his daughter will be offering another reading in Arabic for all the children, both local and Syrian. Anyone can access this cultural event on Instagram or Facebook with these links:

Also new this spring is an urban gardening project for five of the programme’s female students. They have all received seed boxes from Amazon to use for the project, and Caroline Kennedy, Maximpact’s consultant who is working on the delivery of the programme, has asked them to keep a diary of their progress. One of the women, Wejdan Ghazia, who is taking a Maximpact Beginner online English class, was a farmer in Syria, and she is sharing her knowledge with the others.

This exciting English language programme for helping Syrian refugees to integrate has grown from a very small beginning back in 2015 when Syrians began to be resettled into Northern Ireland.

Maximpact reached out to nongovernmental organizations in a voluntary capacity assisting with job placements. They then chaired a Skills and Employability subgroup for Stormont appointee Bryson Intercultural (a charity that promotes integration, human rights and equity through empowerment, collaboration and partnership) on behalf of the Department of Communities. 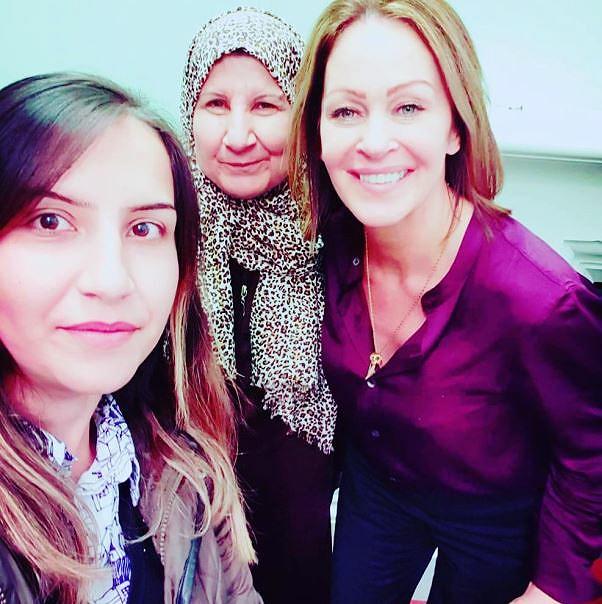 Maximpact’s team has noticed that the Syrians’ highest barrier to integration was learning the English language. An additional barrier is that colleges tasked by the government with delivering English classes are not geared up to deal with learners whose first language is Arabic.

The Maximpact online English language and employment readiness programme began in May 2018 when Maximpact was awarded funding through English for Speakers of Other Languages Northern Ireland (ESOL NI) coordination point managed by the Department of the Economy for six Syrians to attend 80 hours of a class called Online English for Hospitality. At the end of the 80 hours they were all offered jobs in the hospitality industry.

Since then, they have further developed these programmes and expanded the levels of English for Arabic learners with the support of the Department of the Economy and ESOL NI, adding creative ventures and working closely with NGOs and government departments in both Stormont and Westminster.

In October 2019, Maximpact ran a women’s clinic with the United Nations High Commissioner for Refugees (UNHCR) in Belfast discussing the cultural needs of Syrian refugees with eight of the programme’s female learners. Ms. Kennedy says “This was really interesting. The report should be published soon from the UNHCR.”

By January 2020, Maximpact’s English for Refugees programme had grown to six groups studying in 80-hour courses at multiple levels. The three teachers are either bilingual or have worked in Arabic-speaking countries such as Egypt and Saudi Arabia.

Maximpact says the hard work to extend these programmes has been very rewarding. ” We experience first hand the impact on the lives of the beneficiaries and this is what makes it ALL worthwhile. We still have further plans on how to expand and add value for all.”