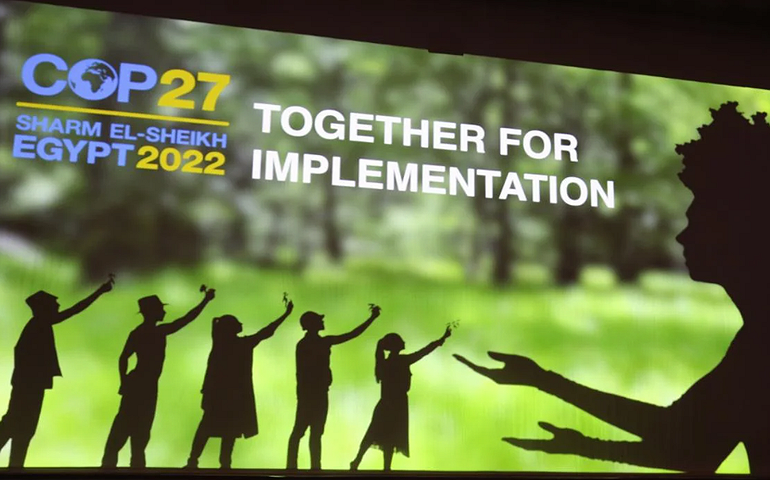 Dancers during a cultural event at COP27, November 7, 2022, Sharm el-Sheikh, Egypt (Photo by IISD/ENB | Mike Muzurakis). Posted for media use.

SHARM EL-SHEIKH, Egypt, November 16, 2022 –  As world leaders, scientists and diplomats at the United Nations’ annual climate conference, COP27, struggle to agree on how to manage the extremes of global warming, global scientists presented 10 essential climate insights realized by scientists this year as guideposts to negotiation.This year, the authors of the “10 New Insights in Climate Science” unpack the complex interactions between climate change and other risk drivers – conflicts, pandemics, food crises and underlying development challenges.Convened by the international networks Future Earth, The Earth League, and the World Climate Research Programme, scientists from around the world released the annual “10 New Insights in Climate Science” report with the new Executive Secretary of the agency UN Climate Change Simon Stiell, the former environment, education, and human resources minister of Grenada.

“The downward trend in emissions expected by 2030 shows that nations have made some progress this year,” said Stiell. “But the science is clear and so are our environmental goals under the Paris Agreement. We are still nowhere near the scale and pace of emission reductions required to put us on track toward a 1.5 degrees Celsius world. To keep this goal alive, national governments need to strengthen their climate action plans now and implement them in the next eight years.”

“Science is at the heart of everything we do. Science is our common language,”  Stiell said. “It’s a foundational element that informs the COP negotiating process. Science provides the evidence and data on the impacts of climate change but it gives us the tools and knowledge on how we need to address it.”

“The insights of this report are alarming, confirming what we already know and giving us insights into other areas where further action is needed,” Stiell said.

The human potential to adapt to global warming is not limitless, the report emphasizes. Rising sea levels capable of submerging coastal communities and extreme heat intolerable to the human body, are examples of hard limits to our ability to adapt.

And by 2050, over three billion people, double today’s number, will inhabit “vulnerability hotspots,” areas with the highest likelihood of being harmed by climate-driven hazards.

“The latest science confirms the rising social costs of severe climate extremes and the urgent need to deviate away from risks of going beyond limits to adaptation and crossing irreversible tipping points,” warned Professor Johan Rockström, co-chair of The Earth League, the Earth Commission and director of the Potsdam Institute for Climate Impact Research.

“As science advances, we have more evidence of massive costs, risks but also global benefits of reduced loss and damage, through an orderly safe landing of the world within the Paris climate range. To succeed requires global collaboration and speed at an unprecedented scale,” Rockström said. 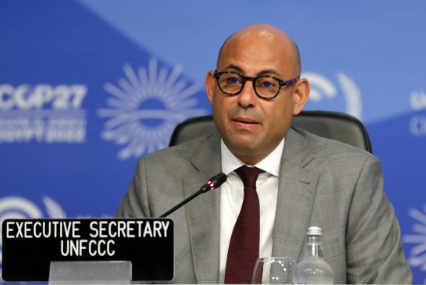 Persistent human dependence on fossil fuels worsens energy and food gaps, so, the report warns “deep and swift mitigation  is immediately necessary to tackle the drivers of climate change and to avert and minimize future loss and damage.””People and ecosystems in different places across the world are already confronted with enormous impacts, and if the planet warms beyond 1.5/2°C, more widespread breaching of adaptation limits can be expected. Adaptation efforts cannot substitute for ambitious mitigation,” Professor Mercedes Bustamente, Department of Ecology, University of Brasilia, Brazil, said.And Professor Chukwumerije Okereke, from Alex Ekwueme Federal University in Ndufu-Alike, Nigeria, said, “Decision makers must recognize the interconnectedness of biophysical-social challenges, and that the most impactful responses are not siloed. Substantially shifting the allocation of capital and land use towards meaningful mitigation, enacting robust and coordinated global policy responses for adaptation, loss and damage, as well as deconstructing the barriers to just climate action are some of the approaches identified within the report to accelerate reaching Paris Agreement Goals.President Joe Biden Pledges Support and Funding. 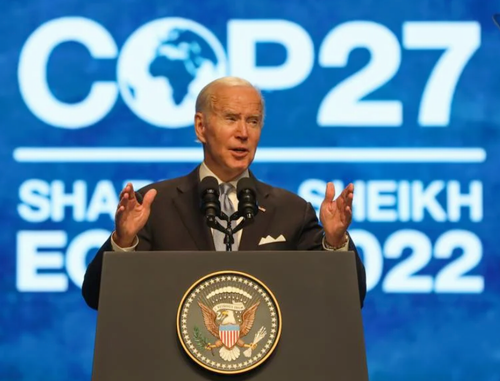 “We are racing forward to do our part to avert the ‘climate hell’ that the U.N. Secretary-General so passionately warned about earlier this week.  We’re not ignoring the harbingers that are already here,” Biden said.

“It’s true the climate crisis is hitting hardest those countries and communities that have the fewest resources to respond and to recover.  That’s why, last year, I committed to work with our Congress to quadruple U.S. support to climate finance and provide $11 billion annually by 2024, including $3 billion for adaptation.”

The fund – Emergency Plan for Adaptation and Resilience – PREPARE, is intended to help more than half a billion people in developing countries respond to environmental destruction. “We’ve already requested more than $2 billion for the PREPARE this year. I am going to fight to see that this and our other climate objectives are fully funded,” President Biden said.

“Today, as a down payment, we’re announcing more than $150 million in initiatives that specifically support PREPARE’s adaptation efforts throughout Africa, including Adaptation in Africa effort that Egypt and the United States launched together in June,” Biden offered.

President Biden told the COP27 delegates, “My administration has also made the United States the first-ever contributor to the Adaptation Fund last year, and this year we’re doubling our pledge to bring our total commitment to $100 million.”