BRUSSELS, Belgium, July 17, 2018 (Maximpact.com News) – While the United States attempts to limit migration through punitive action at its southern border, the European Union is taking the opposite approach to the flood of migrants from Africa and neighboring countries seeking sanctuary. 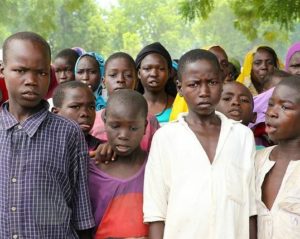 The EU’s External Investment Plan’s first projects in Africa and the Neighbourhood, approved July 10, aim to promote inclusive growth, job creation and sustainable development in Africa and in this way to tackle some of the root causes of “irregular” migration.

The pace of migration attempts appears to be slowing this year. The International Organization for Migration (IOM), the UN Migration Agency, reports that through July 15 this year, 50,872 migrants and refugees entered Europe by sea. That total compares to 109,746 at this time last year, and 241,859 at this time in 2016.

But many people are still dying en route. The IOM reports that 1,443 migrants have died so far this year fleeing intolerable situations in their home countries.

IOM Rome’s Flavio Di Giacomo reported Monday that 447 migrants, who left aboard a wooden fishing boat July 11 from the Libyan port of Zuwara, arrived in Pozzalo, Sicily, southern Italy on Sunday. The group was rescued Saturday morning by a ship of the law enforcement agency Italian Guardia di Finanza and another from the European Border and Coast Guard Agency, Frontex.

Di Giacomo said they had to wait in the harbor over 24 hours before being authorized to disembark, although the migrants arrived in “severe” health conditions due to terrible detentions experienced in Libya’s informal detention centers.

Migrants arriving at the port of Pozzalo told IOM staff that four travelling companions died last Friday. Witnesses said all were on board the wooden fishing boat, without water or food, when they spotted another vessel, still not identified. Driven by despair, about 30 people jumped into the water trying to reach the ship, which was much too far away. Four drowned, all of Somali origin, including one 17-year-old boy.

To make life in Africa safe and bearable enough to deter such desperate migration, the EU gave its green light to a package of financial guarantee programs worth around €800 million on July 10. This is expected to leverage an estimated €8-9 billion in public and private investment in Africa and the Neighbourhood.

Add this to the €1.6 billion mobilized for blending operations – the mixing of public grants and loans – which is expected to mobilize up to €14.6 billion, and this investment translates into over €22 billion to support sustainable development and decent job creation in Africa.

Overall, the EU’s External Investment Plan (EIP), is expected to leverage €44 billion of investments by 2020 through an EU contribution worth €4.1 billion.

“This plan is about building a new present for many people and for their countries, it is about changing lives, now and for good,” said High Representative of the European Union for Foreign Affairs and Security Policy and Vice-President of the European Commission Federica Mogherini of Italy.

What Will These Investments Support?

The EU has identified five areas of intervention where the External Investment Plan can have the highest impact for sustainable development. The first four are covered by the guarantee programs approved on July 10 by the Strategic Board of the European Fund for Sustainable Development.

The Commission will review proposals in the field of agri-business in autumn 2018.

One of the new programs will benefit people who have trouble borrowing money at affordable rates, such as internally displaced people, refugees or returnees, women and young people aged 18-30.

With €75 million EU input and managed by FMO, the Dutch development bank, the NASIRA Risk-Sharing Facility is expected to generate a total investment of €750 million to €1 billion.

Linda Broekhuizen, Chief Investment Officer at FMO, said, “The support of the EU and Dutch government for this new risk-sharing facility NASIRA is a major step forward to ensure that financing reaches the young, migrant and female entrepreneurs that are potentially great job creators in countries where employment is much needed now and in the future.”

Another new program, InclusiFI, will enable over 25,000 small businesses to access mobile accounts and long-term credit, to support the financial inclusion driven by diasporas, migrants’ families and people who have recently returned to their country of origin, in Sub-Saharan Africa and the EU Neighbourhood.

A program to help offset some of the risks that local banks perceive in financing solar power will help bring solar power kits to thousands of homes in Sub-Saharan Africa. With an input of €50 million from the EU and led by the African Development Bank, this guarantee tool will support access to clean electricity to an estimated 3.5 million people in the Sahel region.

A digital transformation platform and a broadband investment program will support rural access to broadband in the EU’s southern and eastern neighboring countries, with an EU input of €70 million and managed by the European Investment Bank (EIB) and the European Bank for Reconstruction and Development (EBRD).

Finally, the initiative Boosting Investment in Renewable Energy, will receive an EU input of €100 million, and will be managed by the Association of European Development Finance Institutions and the European Bank for Reconstruction and Development.

By supporting investments in renewable energy in Sub-Saharan Africa and EU neighboring countries, this program is expected to:

The EU also welcomed the first major contribution from the Bill & Melinda Gates Foundation, of around €53 million. This is expected to attract further investment to incentivize research and innovation in e-health in less developed and fragile environments.

Mogherini said, “The EU’s External Investment Plan has already started to bring real benefits to the people in our partner countries. These guarantee programs for sustainable investment give now access to affordable loans to people who have been forced to flee their country and those who have recently returned home to rebuild their lives, to start small businesses or to have access to new technologies.”

Later this year, the European Commission is expected sign the first EIP guarantee agreements with partner financial institutions that will then use the guarantees to finance new development projects and attract more private investments.

Financial institutions should start to roll out projects in early 2019.

Commissioner for European Neighbourhood Policy and Enlargement Negotiations Johannes Hahn said on July 11, “We want to see the new EU guarantees that we have announced yesterday translate into concrete, innovative and sustainable projects on the ground, making a real change for the people.”

“More prosperity in the EU’s immediate neighborhood is not only good for our European economies and businesses,” said Hahn. “It is a long-term investment in the stability and security of our partners in the neighborhood and for Europe.”

Caption: Norair, an internally displaced person in the Ukranian city of Zhytomyr, holds his autistic son. “I would like to try a bakery business, to bake traditional Armenian bread,” he says. “If people get some assistance, they can manage.” 2015 (Photo by Varvara Zhluktenko / IOM) Posted for media use