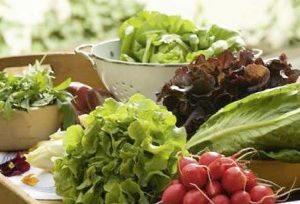 BRUSSELS, Belgium, May 24, 2018 (Maximpact.com News) – The European Council Tuesday adopted new rules for organic farming, clearing the final hurdle for the modernization and harmonization of organic production both within the European Union and in non-EU countries.

EU-wide rules covering the whole EU organic sector will apply – compared to an a la carte system of exceptions in the past. The new rules will replace today’s 60-plus different standards that apply to imported organic foods.

Any agri-food product carrying the EU organic logo will have the same production and quality standards, whether produced in the European Union or imported from other countries.

European Commissioner for Agriculture and Rural Development Phil Hogan said, “The organic sector has been steadily increasing in importance – by 125 percent over the past 10 years alone – but that growth was compromised by rules that were no longer fit-for-purpose.”

“The European organic sector is on an upward trajectory,” said Hogan, “and this regulation will support the sector’s growth by providing an appropriate legislation framework.”

The new rules will enter into force on January 1, 2021, so organic producers, operators and trade partners now have two-and-a-half years to adapt to the new legislative framework, which Hogan says is also designed to protect the interests of the European consumer.

“Organic farmland has more than doubled in the last decade and is still growing. Thanks to the rules we have adopted today, the organic sector will continue to thrive and consumers can trust that the organic products they buy are of the highest quality,” said Rumen Porodzanov, minister of agriculture, food and forestry of the Republic of Bulgaria and president of the Council.

Organic farming bans the use of synthetic fertilizers and pesticides and focuses on the use of natural resources and cycles to support sustainable crop production. This is beneficial for both human health and the environment.

Organic food production and consumption is rapidly gaining popularity as a way of life across the European Union. Eurostat data shows that the EU-28 had in 2015 a total area of 11.1 million hectares cultivated as organic, more than doubled from 5.0 million in 2002.

During the last decade, the EU’s organically cultivated area has increased by about 500,000 hectares each year.

Yet the whole organic area, 185,000 farms across Europe, represents only 6.2 percent of the total active farming area in Europe. Roughly 306,500 organic producers, processors and importers were registered in the EU-28 in 2015.

Many of the current rules are more than 20 years old, so the European Union updated the rules in 2017 to help the organic sector to grow faster.

Certainty that all agri-food products bearing the EU organic logo sold in the EU, whether imported from third countries or produced in the EU, meet the same quality standards.

Reinforcement of precautionary measures taken by farmers to reduce risk of contamination by pesticides.

A level playing field: rules apply also to farmers from non-EU countries, who export organic products to the EU market

Rules cover new products such as salt, cork and essential oils, and it will be possible in the future to add new products to respond to consumer demands.

The new rules will apply also to seeds and processed agricultural products used as food and feed. 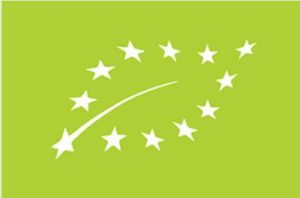 A new system of electronic certification to better monitor imports of organic products took effect on October 19, 2017, making the EU a global leader in traceability and collection of reliable data on trade of these products.

Hogan said, “Our commitment to stringent certification and inspection measures is an important component in the EU’s food safety standards. These high standards have allowed us to become the best address for food in the world, but we must always strive to find new and better ways to do even more.”

He says the electronic certification will improve the traceability of organic products, facilitating the rapid reaction to health threats by tracing the movements of consignments and facilitating the risk management of contaminated foods. 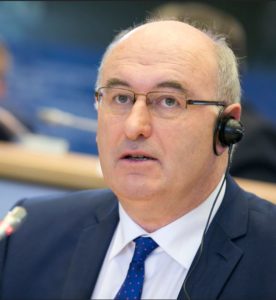 All this is happening as EU lawmakers are preparing a new budget for the post-2020 Common Agricultural Policy (CAP).

On May 2, the European Commission presented its proposal for the Multiannual Financial Framework for the 2021-2027 period. Under this proposal, the CAP will have €365 billion funds to manage, a five percent budget cut.

Despite the five percent cut, the Commission maintains it has strengthened the direct payments pillar to ensure farmers’ income and leave smallholders unaffected.

“I have listened very carefully to these messages and have therefore decided to prioritize the protection of direct payments in the new budget,” said Hogan. “As a result, direct payments will not fall by more than four percent in any member state.”

At a news conference, Commissioner Hogan said 16 member states will see a 3.1 percent reduction of direct payments. In another six member states, the reductions will be below this percentage, while five member states, including Estonia, Lithuania and Latvia, will see an increase.

In Romania, Slovakia and Portugal there will be no decrease, while in Bulgaria direct payments will decrease by one percent.

But for rural development, the Commission proposed a 10 percent cut; it will be up to the member states to cover this gap.

“If a member state decides to move on to cover the gap, there will be no cut in rural development and farmers won’t be affected,” the Commissioner explained.

The Commission also wants a “more balanced distribution of payments” through compulsory capping at the farm level or payments decreasing with farm size.

The payments for each farmer will be capped at €60,000 while the savings will be redistributed to smaller farmers.

“This means support will be redistributed towards medium-sized and smaller farms,” said Hogan.

The EU farmers’ and cooperatives’ associations, Copa and Cogeca, disagree with any proposals to cut CAP spending in the future EU budget.

Copa President Joachim Rukwied told Euractiv, “Farmers’ incomes are already 40 percent below average EU earnings in others sectors of the economy. The proposed budget cuts threaten not only farmers’ livelihoods and vast parts of Europe’s rural areas but also the delivery of the EU’s environmental and social goals.”

Cogeca President Thomas Magnusson said the current budget costs each EU citizen less than a cup of coffee a day and in return ensures high quality, safe, nutritious food for 500 million consumers and contributes to environmental protection, growth and jobs.

“With the world population expected to grow and with the agriculture sector facing increasing challenges,” said Magnusson, “now is not the time to cut back on expenditure and jeopardize the multiple benefits of agriculture.”

While capping payments to farmers, the Commission has also decided to earmark €10 billion in Horizon Europe for research and innovation in food, agriculture, rural development and the bioeconomy.

Friends of the Earth Europe has today issued a new analysis of the EU’s food and farming system that concludes, “The European Union has no consistent, coherent or complete food policy to deal with the challenges and expectations.”

The new study was written by the University of Pisa and commissioned by Friends of the Earth Europe, the European Public Health Alliance, IFOAM EU  and Slow Food.

The report, “A transition towards sustainable food systems in Europe,“finds that “the lack of any overarching framework for food policy in the EU means that the current food and farming system is neither ethical nor resilient enough to cope with future challenges and public health is not being protected.”

Professor Gianluca Brunori of the University of Pisa said, “We assessed 10 different EU policies to judge how they contributed to a sustainable food and farming system. Available evidence shows that there are many inconsistencies, incoherencies or gaps. These should be addressed through an overarching policy framework, able to balance a mix of demand and supply side policy instruments, as well as food environment-oriented ones.”

“We hope our research contributes to building a more ethical and resilient food system in the EU,” Brunori said.

This study comes just before a major participative forum May 29-30 in Brussels organized by the International Panel of Experts on Sustainable Food Systems (IPES Food). It is focused on exploring concrete tools to deliver sustainable food systems in Europe.

Stanka Becheva from Friends of the Earth Europe said, “The current approach to food and farming is a hodgepodge of incoherent and competing policies that damage public health, the environment and the welfare of the farming community. The reform of the Common Agricultural Policy must be used to step back from the vested agribusiness interests instead as an opportunity to start building an agroecological food system that is fit for the future.” 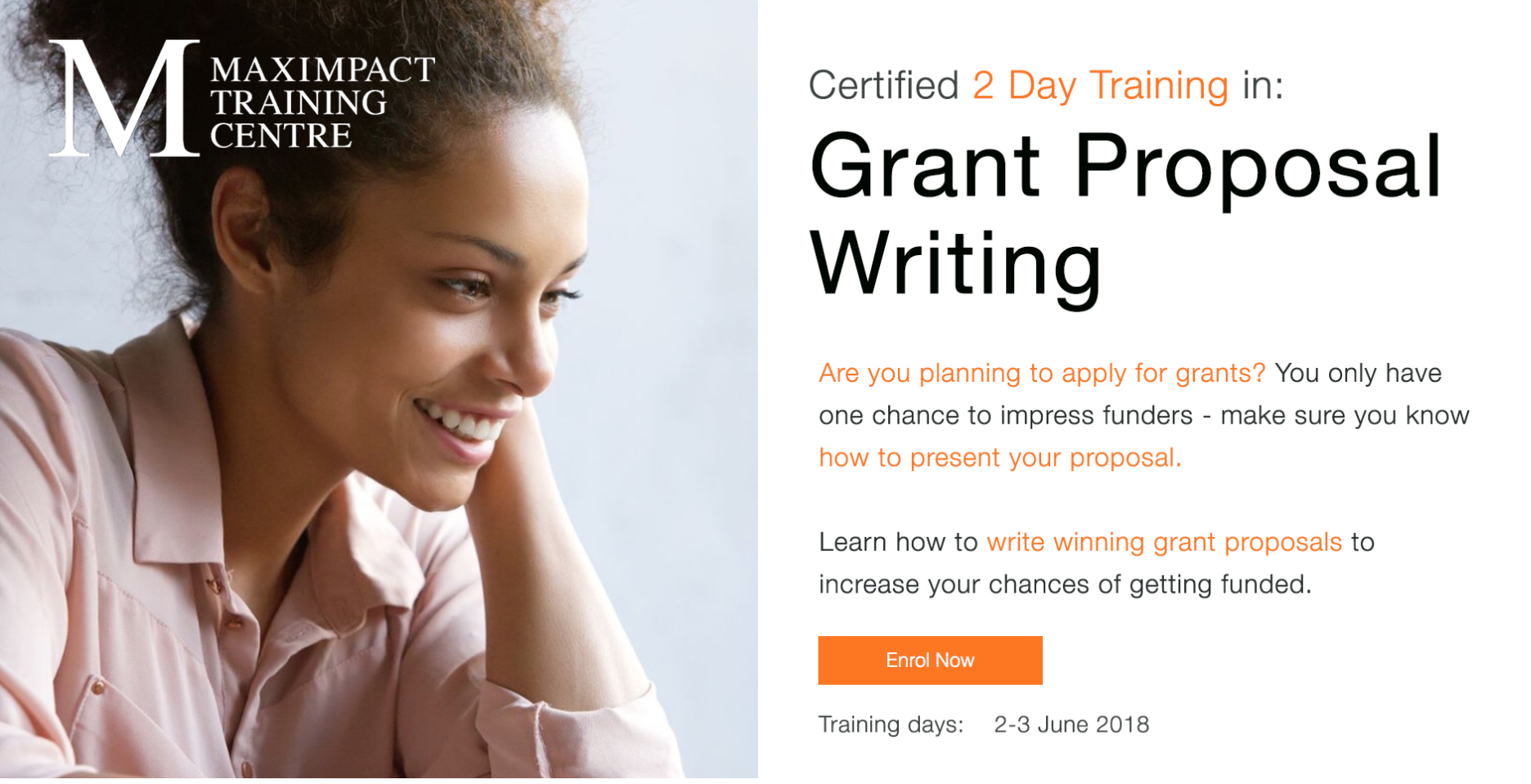