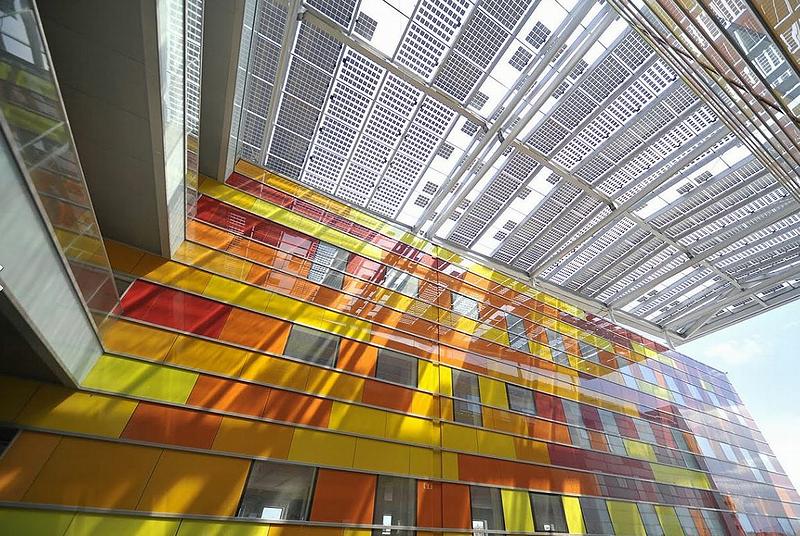 A building integrated solar array at the Gare de Perpignan, Southern France. Part of the railway station was decorated in the style of Salvador Dalí, who proclaimed it to be the “Center of the Universe” after experiencing a vision of cosmogonic ecstasy there in 1963. (Photo by Issolsa via Wikipedia) Creative Commons license.

BRUSSELS, Belgium, October 10, 2017 (Maximpact.com  News) – Integrating solar panels into the glass facades of buildings could improve their energy performance to meet EU targets, as the buildings become a whole new source of renewable energy. A demonstration project will generate clean energy through building integrated photovoltaic facades fitted on refurbished and new buildings in Belgium and Spain, the final stage before market launch of the technology.

This is just one of 139 projects (Europa Press Release) soon to be funded by the European Commission as part of an investment package of €222 million to support Europe’s transition to more sustainable and low-carbon future under the LIFE programme for the Environment and Climate Action.

LIFE experts expect the solar panels to reduce the buildings’ carbon dioxide emissions by roughly 34 percent. The project will be coordinated by AGC Glass Europe, based in Louvain-la-Neuve, Belgium.

Besides being a nice chunk of change all by itself, the EU funding will mobilize additional investments leading to a total of €379 million going to fund 139 new projects in 20 EU Member States.

“In its 25th year, the LIFE program continues to invest in innovative projects with high added value for people, businesses and nature. I am delighted to see that the program transforms close-to-market technologies into new, green businesses,” said Karmenu Vella, Commissioner for the Environment, Maritime Affairs and Fisheries.

The newly approved funds will go towards financing a circular and low-carbon future. For instance, €181.9 million will go to projects in the fields of environment and resource efficiency, nature and biodiversity, and environmental governance and information.

Circular economy projects newly funded by LIFE include: testing an Italian prototype that could cost-effectively convert petrol cars into hybrid vehicles; creating bio-based products from wastewater sludge in the Netherlands; and applying a new biological treatment to remove pesticides and nitrates from water in southern Spain.

Some 37 million Europeans are exposed to transport noise at levels dangerous for their health, according to LIFE. Most of them live in cities, where the health impacts of heatwaves also are more pronounced. Changes to road surfaces could easeboth problems.

With the new funding, the City of Paris is leading a LIFE project to devise durable asphalt surfaces with phonic and thermal properties that will reduce noise pollution and mitigate the urban heat island effect.

The measurable impact at three pilot sites is expected to be a two decibel reduction in noise experienced by neighboring residents and a 0.5°C to 1.5°C reduction in the urban heat island effect.  due to lighter road surfaces and increased water retention

Other funded projects will support the implementation of the Action Plan for Nature, in particular the management of Nature 2000 sites.

Species protection is another focus, such as in the Slovenian cross-border project to help the survival of a highly endangered Alpine lynx species.

The Danube river in western Bulgaria is one of Europe’s most important areas for the conservation of priority bird species, such as the white stork. But birds in Natura 2000 network sites here struggle with nearby urban and industrial centers, transport corridors, and hundreds of kilometres of encircling bird-unsafe overhead power lines. 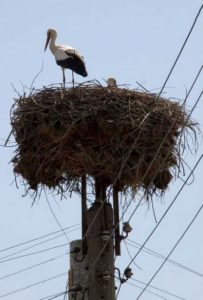 In western Bulgaria, nesting white storks like this one are at risk from power lines. (Photo by aneye4apicture) Creative Commons license via Flickr

A newly funded project will identify the power lines posing the most serious hazard for western Bulgaria’s wild birds in a GIS database, mapping areas of potential conflict and producing a detailed report.

In the area of climate action, the EU will invest €40.2 million to support climate change adaptation, mitigation and governance and information projects.

Selected projects support the EU’s target to reduce greenhouse gas emissions by at least 40 percent by 2030 compared to 1990 levels.

Hungary, for instance, is forecast to suffer a greater than average impact from climate change, including water scarcity and extreme, unpredictable floods. A €2.5 million LIFE project will build capacity among Hungary’s 3,000+ municipalities through demonstration actions, smart online tools, training and support networks.

The project will focus on promoting ecosystem-based natural water retention measures to manage and mitigate flooding caused by climate change in Hungary.

By applying the Paris Agreement Capital Transition Assessment (PACTA) model, one project in France will give financial regulators and policy-makers the ability to assess EU insurance companies and pension fund assets against global climate goals. This will help them better assess the risks of investments under a range of different decarbonisation scenarios.

At least 200 EU financial institutions are expected to adopt the PACTA model within three years of the project’s completion. The project is expected to contribute to the broader goal of standardizing climate-related accounting.

LIFE funding will also help improve the resilience of one of Europe’s busiest waterways, the Scheldt Estuary in Belgium, anddevelop tools to forecast desert dust storms.

Miguel Arias Cañete, Commissioner for Climate Action and Energy, said, “The historic Paris Agreement on climate change has added wind to the sails of already accelerating climate-smart investments. With these projects, we use limited public finance in a catalytic way: we unlock private finance to protect the environment, fight climate change and provide cleaner energy to our citizens. These kinds of investments are of critical importance if we are to move from aspirations to action.” 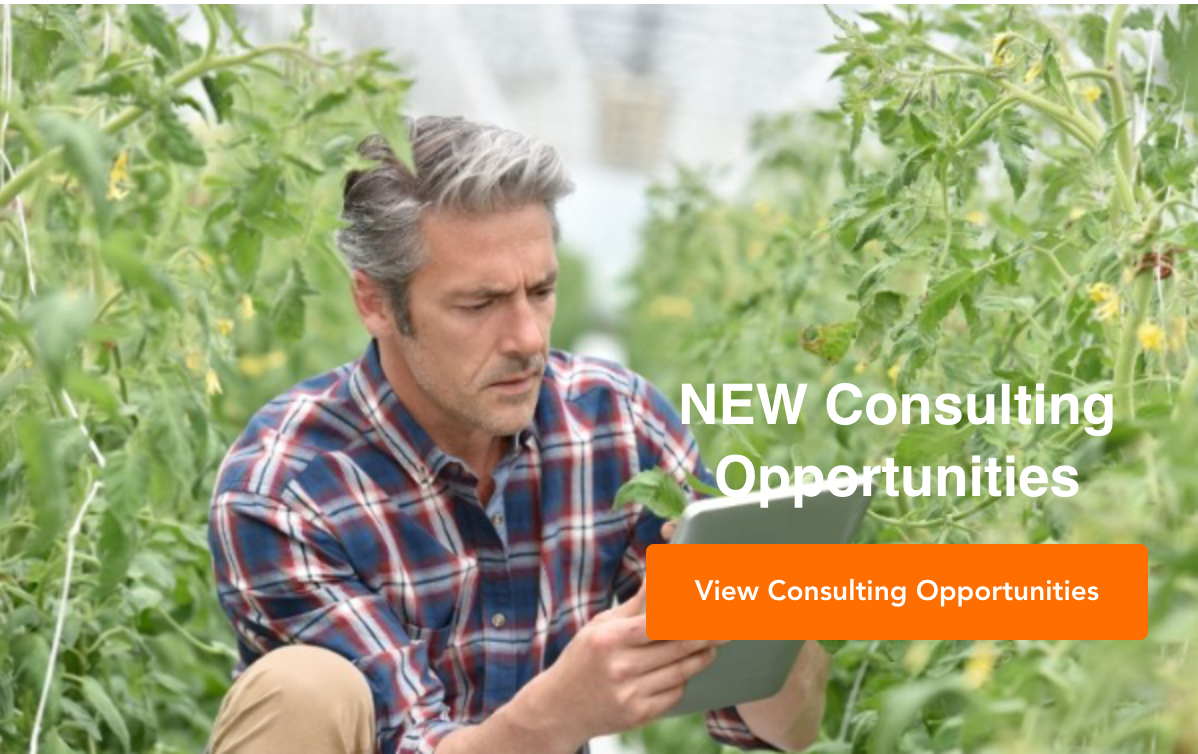