BRUSSELS, Belgium, May 2, 2019 (Maximpact.com News) – The European Union is already one of the world’s major consumers of minerals and metallic raw materials, and demand is expected to grow quickly. The EU wants to mine those minerals and raw materials on its own territory, but at the same time would like to avoid invasive, destructive mining practices that have given the industry a bad reputation throughout the world.

The EU INFACT project is an attempt to apply newly developed, environmentally-friendly mining technologies to mining across Europe, and eventually, the world.

The 36-month INFACT program, which ends next year, is intended to contribute to raw materials security in the European Union and invigorate Europe as a destination for mineral exploration – without devastating the earth and ruining the waters near mining operations.

The EU government hopes the project will lead to re-assessing Europe’s mineral potential. It is funded by the European Union’s Horizon 2020 research and innovation program and is coordinated by the Helmholtz Institute Freiberg for Resource Technology (HIF), Germany, a core member of the European EIT RawMaterials network.

HIF Director and INFACT Project Coordinator Dr. Jens Gutzmer, said, “There are two sides to residues from mining. They have a negative impact on the environment yet still contain finely distributed raw materials in low concentration. To some extent, these are already recycled, but only in rare cases is this also associated with remediation. That’s our starting point.”

One such technology, developed by the INFACT project coordinating institution indicates the circumstances in which it makes sense for water to be recycled without losses during ore enrichment, reducing the consumption of fresh water. This benefits the environment and the mining companies, because it makes the extraction of raw materials more efficient.

By precisely analyzing the properties of raw materials and the valuable substances they contain as well as by means of computer simulation, it is possible to quantify the material and energy efficiency of processes along the value chain and to identify new solutions for the socially responsible and commercially viable use of raw materials.

The project partners say they want “to change raw material exploration in a way that it becomes socially accepted, environmentally-friendly and technologically advanced.”

In three so-called reference regions – marked by active or historical mining activities focused on both industrial and high-technology metals – the researchers are testing and establishing benchmarks for non-invasive mineral exploration methods. 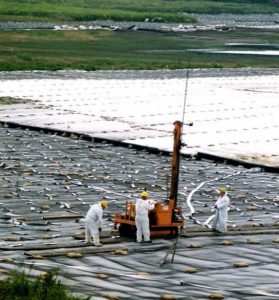 During the Wismut Uranium Mine Reclamation, the work crew rolled geofabric (white) and geogrid (black) over the uranium tailings, added sandbags to keep it from blowing around, and have planks of wood for their tractor, which is installing short wick drains to drain excess water pressure from the tailings. July 21, 2012, Gemeinde Hilbersdorf, Thuringia, Germany (Photo by Gord McKenna) Creative Commons license via Flickr.

Out in the three reference regions, the INFACT researchers are getting communities, local administrations and public authorities involved.

North: Sakatti, Finland. Sakatti is an extensively mapped but as yet unexploited area with deposits of the copper-nickel-platinum group of elements. Located 150 kilometers above the Arctic Circle, it lies close to Sodankylä in northern Finland. It will be operated by Anglo American.

Center: Geyer, Germany. This reference region centers around the small town of Geyer in the Ore Mountains in the Erzgebirge region of Germany, which has a long history of ore mining. Located about 110 kilometers south of the city of Leipzig in eastern Germany, the region is known for its deposits of tin, zinc, tungsten, molybdenum, copper, iron, silver and indium.

Through INFACT, the Erzgebirge is set to become a model region for the forward-looking treatment of residual materials from the mining industry. Here, new methods are being tested to sustainably reclaim tailings and metal-rich water from mining so that the valuable residual materials can be economically extracted.

The INFACT partners plan for smaller decentralized plants that will allow the economically efficient extraction of low-concentration raw materials. They would be useful in cleaning up unremediated tailings and separating valuable metals from mine water.

South: This reference region includes two mining sites in the Iberian Pyrite Belt, both in Andalusia, an autonomous community in southern Spain.

Cobre Las Cruces is an open pit copper mine and on-site plant in Gerena, 20 kilometers northwest of the Andalusian capital city of Seville. It is operated by First Quantum Minerals.

The new technologies will be tested with helicopters, aeroplanes and drones. These technologies can improve the current mining exploration methods, reducing the need for drilling and creating a model for exploration that is less invasive and has a smaller environmental impact than those in current use.

The new methods can take into account the individual environmental and social conditions of the different mining areas.

The INFACT project utilizes multi-sensor drones, which integrate multiple exploration methods and are expected to be one of the most disruptive innovations in mineral exploration.

The innovative technologies are based on physical parameters, such as magnetics, electromagnetics and infrared spectroscopy.

The partners will test new technologies for mineral exploration like superconducting sensors or, more precisely, superconducting quantum interference devices (SQUIDs). These are the most sensitive magnetic field sensors for geophysical applications, and SQIDS performance will be demonstrated in the project.

In the field of electromagnetics, technology for data processing and deep geological targets will be explored.

One main goal of the project is to integrate data from the visible to near-infrared, shortwave-infrared and longwave-infrared systems, allowing joint analysis of many more minerals than has been possible to date.

Both state-of-the-art current technologies and some innovative exploration technologies are being benchmarked for environmental impact, social acceptability and technical performance in the three reference areas.

Airborne instruments aboard helicopters, airplanes and drones will be used in the reference regions to apply technologies that are less environmentally damaging,  with the aim of creating a mining technology certification system.

Based on stakeholder dialogue and research another of the outcomes of the project will be a “Discovery Roadmap.” This will address the improvement of the systems affecting exploration conditions in the EU, making the region a more attractive target for mining and investors.

In this context, the barriers to exploration will be studied. Potential barriers include legal and legislative obstacles, data quality and availability, political and social challenges, land rights and social licenses to operate, and mechanisms for lowering the complexity, time, financial costs and risks of mineral exploration.

At the conclusion of the project in 2020, the partners will disseminate both knowledge and perception of innovative, environmentally-friendly and safer exploration approaches to the public, state and industry practitioners.

These technologies can as well be applied in other fields, such as hydrogeology, environmental monitoring and the recovery of raw materials from tailings, so technology development will drive innovation in several fields.

The idea of upgrading mining technology is spreading due to the efforts of the European Institute of Innovation and Technology (EIT), which has just opened the first Community Hub outside of Europe in Silicon Valley, california’s tech hub.

Building on the existing Silicon Valley Hub of EIT Digital, the EIT Hub in San Francisco will support European innovators to attract U.S. customers, partners and investors. It will showcase innovation made in Europe and bolster the visibility of innovative European solutions to global challenges.

The participants at the Andalusian level are the IDEA Agency, the General Secretariat of Industry, Energy and Mines of the Junta de Andalucía, the Cobre Las Cruces and Atalaya Mining mines, At Clave and Geognosia. 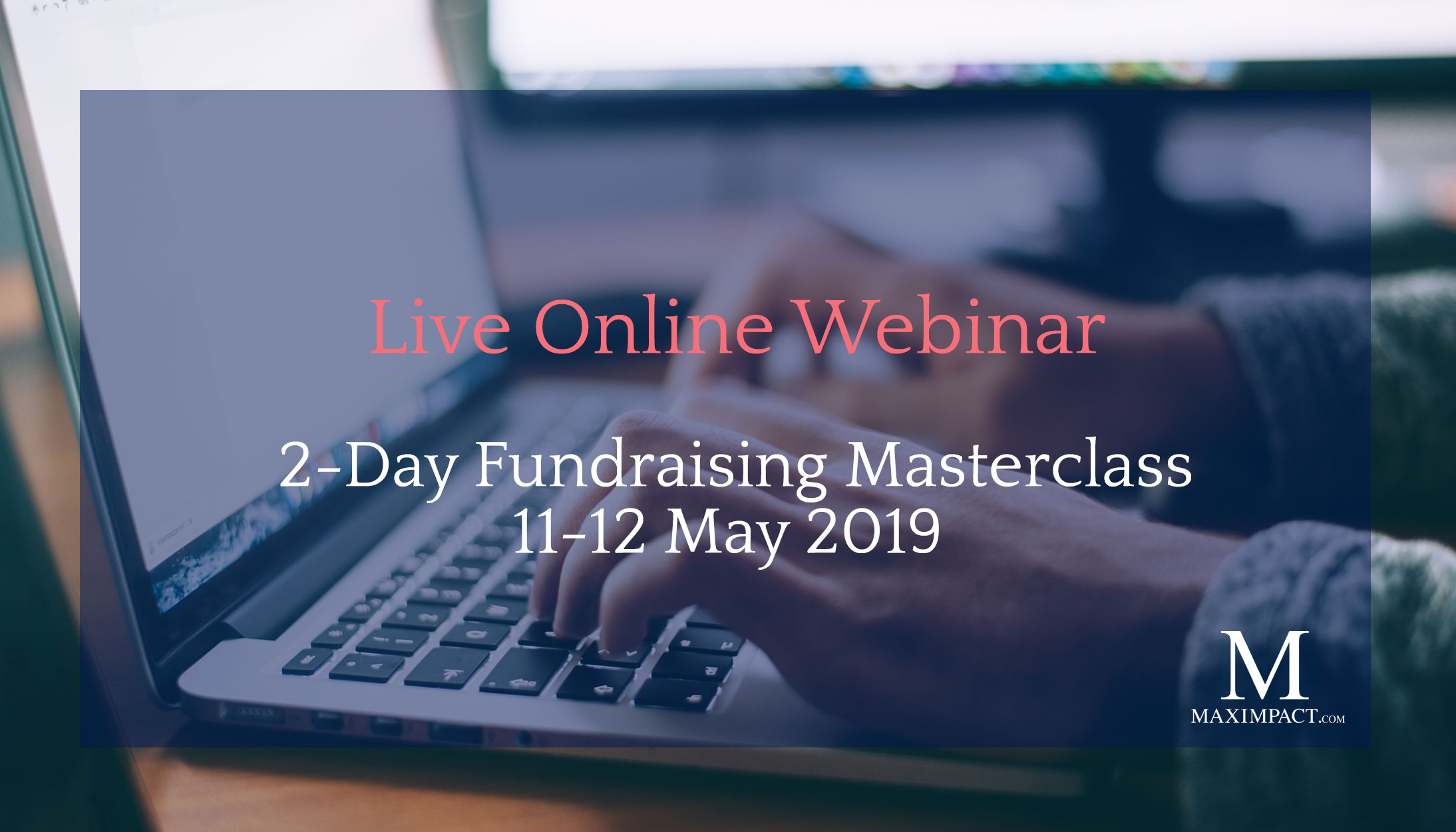