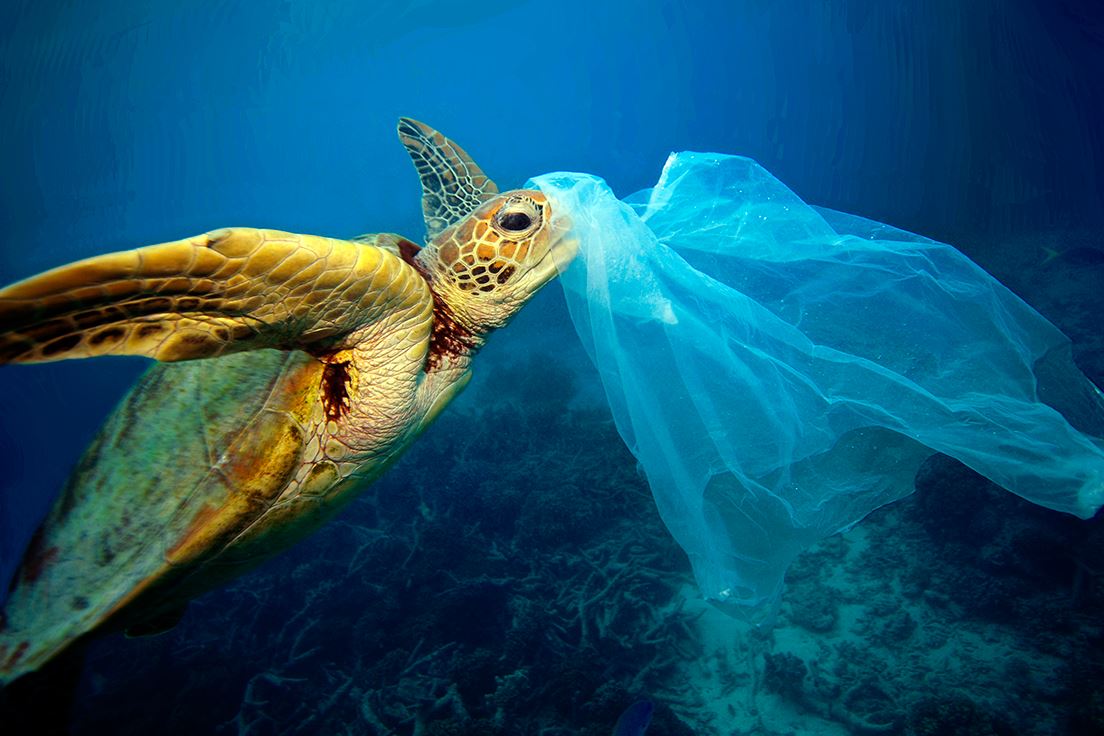 This sea turtle doesn’t know that plastic bags could choke it to death. (Photo by Troy Mayne) Posted for media use.

BRUSSELS, Belgium, December 20, 2018 (Maximpact.com News) – Targeting the 10 plastic products most often found littering European beaches as well as abandoned fishing gear, the European Parliament and Council have reached a provisional political agreement with the Commission on new measures to tackle marine litter at its source.

The agreement, reached Wednesday, is based on the Single-Use Plastics proposal presented in May by the Commission as part of the world’s first comprehensive Plastics Strategy, adopted in January.

Every year, Europeans generate 25 million tonnes of plastic waste, but less than 30 percent is collected for recycling.

Across the world, plastics make up 85 percent of beach litter. Plastic residue is found in marine species such as sea turtles, seals, whales and birds, and also in fish and shellfish, and therefore in the human food chain. And microplastics in air, water and food are having an unknown impact on human health.

The new EU Directive on Single-Use Plastics will be the most ambitious legal instrument at the global level addressing marine litter. It envisions different measures to apply to different product categories.

Where alternatives are easily available and affordable, single-use plastic products will be banned from the market from 2021. This will apply to such products as plastic cotton buds, cutlery, plates, straws, drink stirrers, sticks for balloons, products made of oxo-degradable plastic and food and beverage containers made of expanded polystyrene.

In the case of drinking straws, for instance, plastic straws could be replaced by straws made of all kinds of materials: paper, corn, hay, bamboo, metal, silicon or glass.

For other products, the focus is on limiting their use through a national reduction in consumption; on design and labeling requirements; and waste management and clean-up obligations for producers.

The new rules contribute to the goal of turning Europe into a more sustainable, circular economy, reflected in the Circular Economy Action Plan adopted in December 2015. Europe’s businesses and consumers will take the lead in producing and using sustainable alternatives that avoid marine litter and oceans pollution.

The provisional agreement must now be formally approved by the European Parliament and the Council. Following its approval, the new Single-Use Plastics Directive will be published in the EU’s Official Journal and the Member States will have to transpose it after two years.

Commissioner for Environment, Maritime Affairs and Fisheries Karmenu Vella said, “When we have a situation where one year you can bring your fish home in a plastic bag, and the next year you are bringing that bag home in a fish, we have to work hard and work fast.”

“We have taken a big stride towards reducing the amount of single-use plastic items in our economy, our ocean and ultimately our bodies,” said Vella.

From the European Parliament, Lead MEP Frédérique Ries (ALDE, BE) said Wednesday, “Citizens expected only one thing from the European Union, that it adopts an ambitious directive against disposable plastics responsible for asphyxiation of the seas and oceans. This is done with our agreement closed at 6:30 this morning. It will reduce the environmental damage bill by €22 billion – the estimated cost of plastic pollution in Europe until 2030.”

The proposed Directive follows a similar approach to the successful 2015 Plastic Bags Directive, which brought about a rapid shift in consumer behavior. These days, few rely on single use plastic bags but rely instead on reusable cloth shopping bags.

The new measures are expected to bring about both environmental and economic benefits. They are projected to avoid the emission of 3.4 million tonnes of CO2 equivalent; avoid environmental damages which would cost the equivalent of €22 billion by 2030; and save consumers a projected €6.5 billion.

“Europeans are conscious that plastic waste is an enormous problem and the EU as a whole has shown true courage in addressing it, making us the global leader in tackling plastic marine litter,” said First Vice-President Frans Timmermans, responsible for sustainable development. “Equally important is, that with the solutions agreed upon today, we are also driving a new circular business model and showing the way forward to putting our economy on a more sustainable path.”

The Single-Use Plastics Directive is supported by other measures taken against marine pollution, such as the Directive on Port Reception Facilities, on which the European Parliament and the Council reached a provisional agreement just last week.

This Directive will tackle waste from ships, with a focus on sea-based marine litter. It sets regulations to ensure that waste generated on ships or collected at sea is always returned to land, recycled and processed in ports.

Earlier this month the European Commission launched also the Circular Plastics Alliance, an alliance of industry stakeholders covering the full plastics value chain as part of their efforts to reduce plastics littering, increase the share of recycled plastics and stimulate market innovation.

The Circular Plastics Alliance aims to improve the economics and quality of plastics recycling in Europe, and will in particular strengthen the match between supply and demand for recycled plastics, which is identified as the main obstacle to a well-functioning EU market for recycled plastics.

With this new initiative, the Commission wants to contribute to the objective of achieving at least 10 million tons of recycled plastics offered as new products on the EU market by 2025, as set in the European Strategy for Plastics.

On January 16, the first-ever Europe-wide strategy on plastics was adopted as a part of the transition towards a more circular economy.

Continuing in the spirit of the 2015 Circular Economy Package, the Plastics Strategy and the Single-Use Plastics Directive have been prepared by a core project team of First Vice-President Frans Timmermans, Vice-President Jyrki Katainen and Commissioners Vella and Elżbieta Bieńkowska. Many other commissioners were also involved in its preparation and helped identify the most effective tools covering a wide range of policy areas.

Vice-President Katainen, responsible for jobs, growth, investment and competitiveness, said, “Tackling the plastics problem is a must. At the same time it brings new opportunities for innovation, competitiveness and job creation. We will discuss those thoroughly with industry within the Circular Plastics Alliance.

“With the agreement reached today,” said Katainen, “we are showing that Europe is doing a smart economic and environmental choice and is advancing towards a new truly circular plastics economy.” 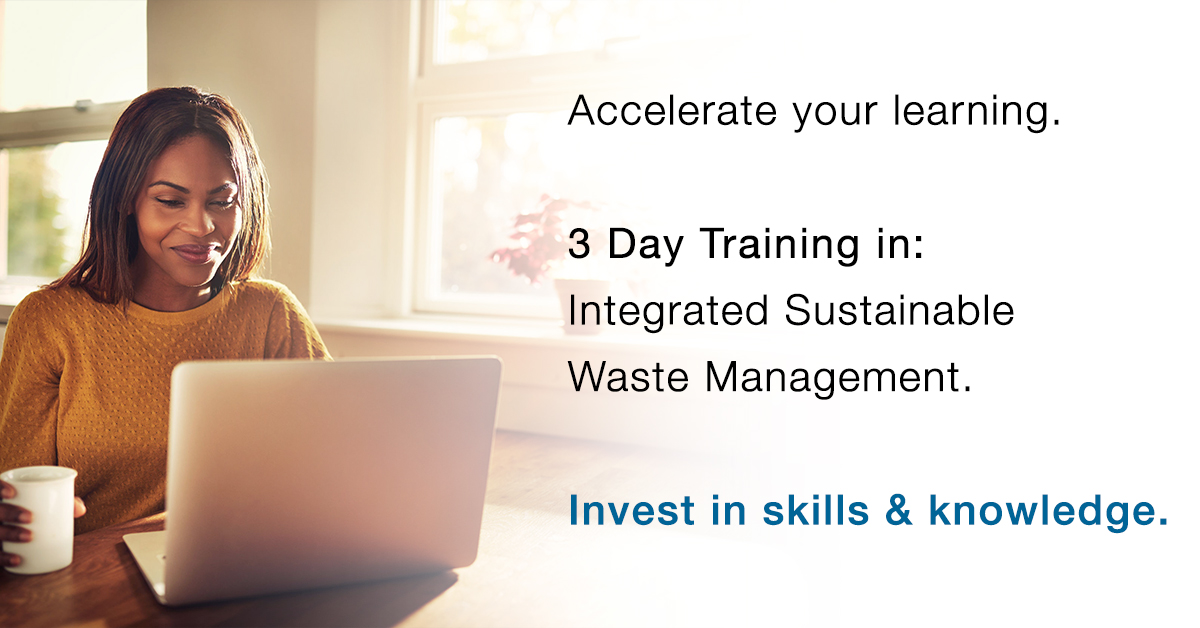