Web Summit 2016, will be held in Lisbon this year and has become Europe’s Largest Technology Marketplace with over 50,000 attendees, 20,000 plus companies from over 150 countries.

The Summit has grown exponentially since it’s creation 6 years ago, which is perhaps a reflection of the general growth rate within the technology sector.

Women have been in advanced technology since Hedy Lamarr played a key role in the invention of spread-spectrum technology (radio guidance technology) yet their numbers have never been more than an underrepresented small percent.

In January this year Elena Kvochko wrote for Forbes “Why There Are Still Few Women Leaders in Tech” the following is a section of the article that suggests that there is actually a decline in women in technology and computing sectors.

“The role of women in technology has significantly stalled and, in some cases, even declined. In 2008, women on average held 25% of IT-related jobs in the US, a drop from the 36% occupied in 1991. Also, women between 25 and 34 are reporting increasing dissatisfaction with their tech careers. 56% leave their jobs at the highlight of their career, which is twice the quit rate for men. According to a Reuters study, 30% of 450 technology executives stated that their groups had no women in leadership positions. Women are becoming increasingly invisible in the thriving technology and computing sector, one of the top U.S industries and one of the fastest-growing professional occupations among U.S workers with an estimated 1.8 million jobs in computing by 2018, according to the U.S Department of Labor.“

The National Center for Women & Information Technology (NCWIT) released “Women in IT: By the Numbers“a single page overview of compelling statistics on women’s participation in IT. 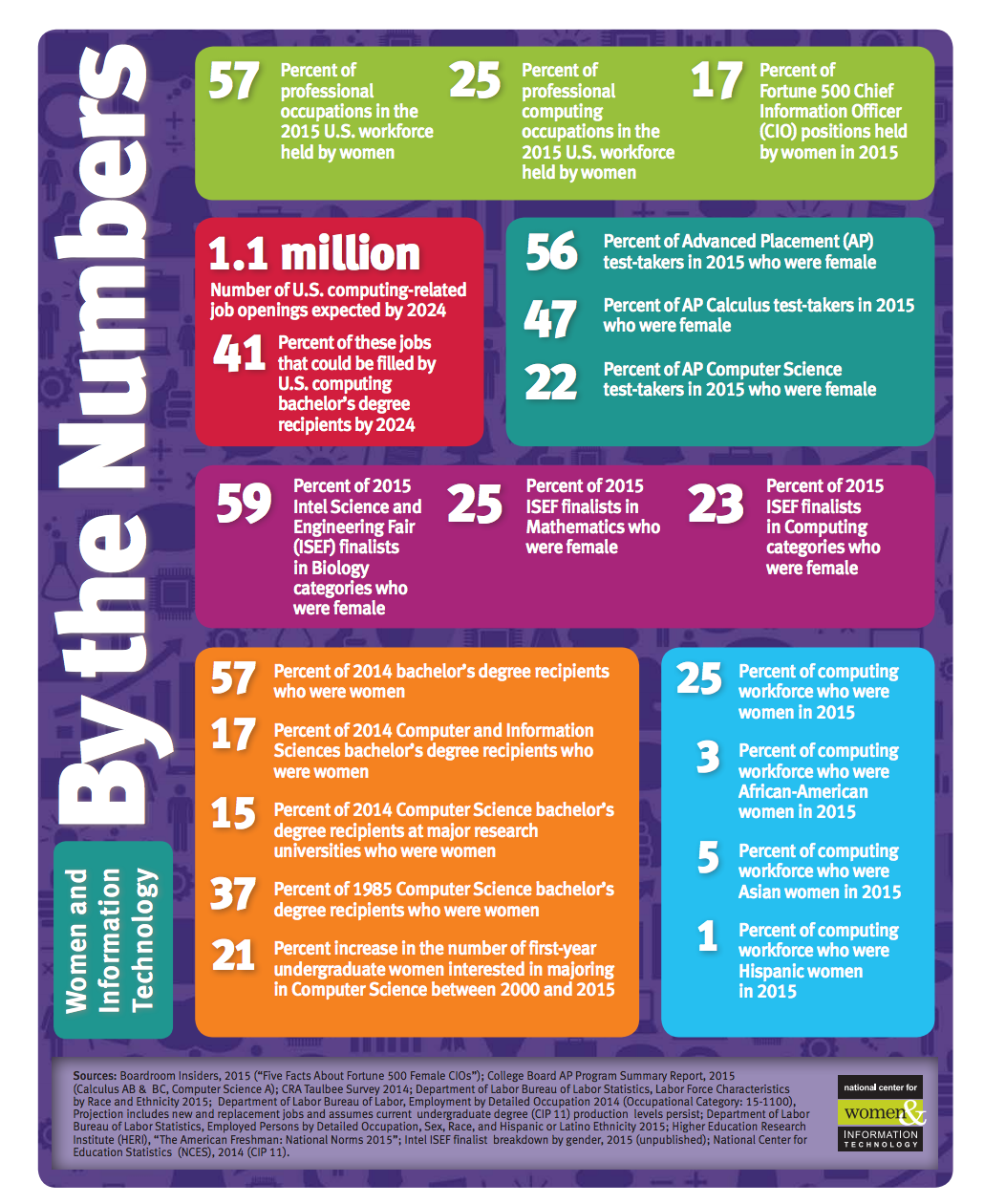 It states that 25% of professional computing occupations in the U.S, and only 17% of Fortune 500 Chief (CIO) positions were held by women in 2015.

When you look at technology industry events you find around 25% of speakers at tech events are women.

Women speakers made up around 2% of Web Summit’s past keynote speakers, though there are hopes that the percentage will increase this year.

In fact Web Summit is offering a €45 discount to female attendees to encourage more women within tech to take part in their upcoming technology conference.

If interested use the code: WSREM51815u to get tickets before Friday, July 15

There is hope for 2016 as AWS Public Sector Summit 2016  featured keynote speakers consisted mainly of women.  Panelist Beth Bergsmark, deputy CIO of Georgetown University was quote saying “If you are a woman in tech … be out there and let them see you,”  by Samantha Ehlinger in her recent article “Women in technology say it’s time to speak up, engage others”